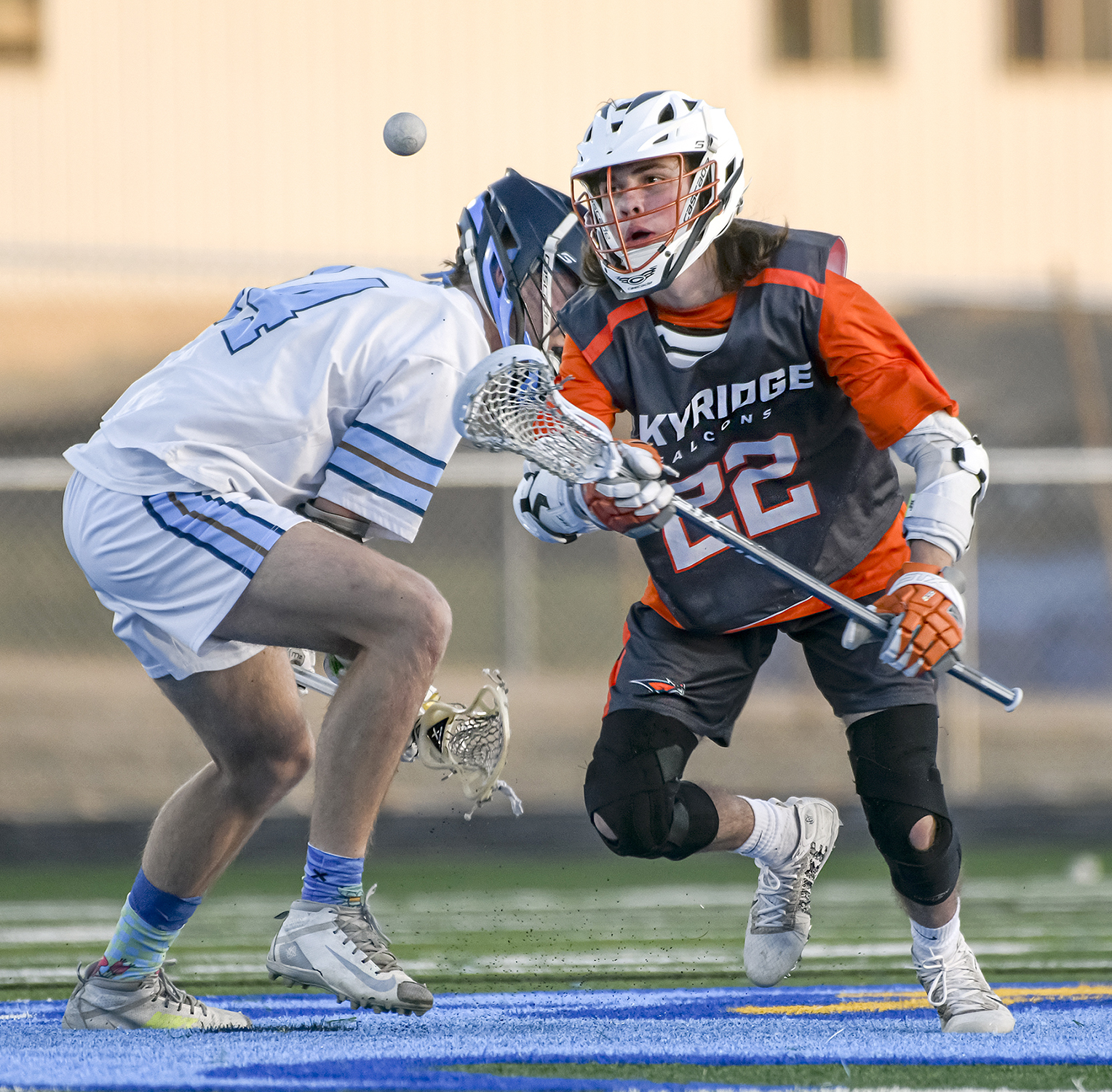 The Skyridge boys lacrosse team has earned a 5-0 record in non-region games to begin the spring season, all of them comfortable victories.

The Falcons got their season jump-started with goals from 10 different payers in the opener, led by senior attacker Jaxon Butterfield with three goals and three assists against the Beetdiggers.

Senior Logan Dickerson and freshman Jaxton Hansen split time between the pipes, with the senior picking up the win. They had two saves apiece.

Dickerson notched another win as he and Hansen each played a half and posted five saves apiece.

The Falcons used a balanced attack on the road against the Skyhawks as Heilner, Stevens, junior midfielder Cooper Manning and Butterfield each scored multiple goals in the contest. Hansen got the win in goal this time with eight saves while Dickerson manned the net for the other half.

Sophomore midfielder Jace Anderson won eight faceoffs. Hansen picked up the win with four saves and Dickerson made two playing the other half.

The Falcons played their closest contest to date against the Rams but got big performances from some of their stars to achieve the victory.

Heilner netted four goals and also made five assists, while Stevens scored six times with one give. Butterfield added a goal and three assists and Yates scored twice.

Anderson also had an impressive outing collecting 15 ground balls and winning 20 of 24 faceoffs (83%). Cook got nine ground balls and five takeaways and Yates got four ground balls. Hansen was in goal for 36 minutes and made seven saves as he picked up the win.

Pioneer girls lacrosse gets off to strong start