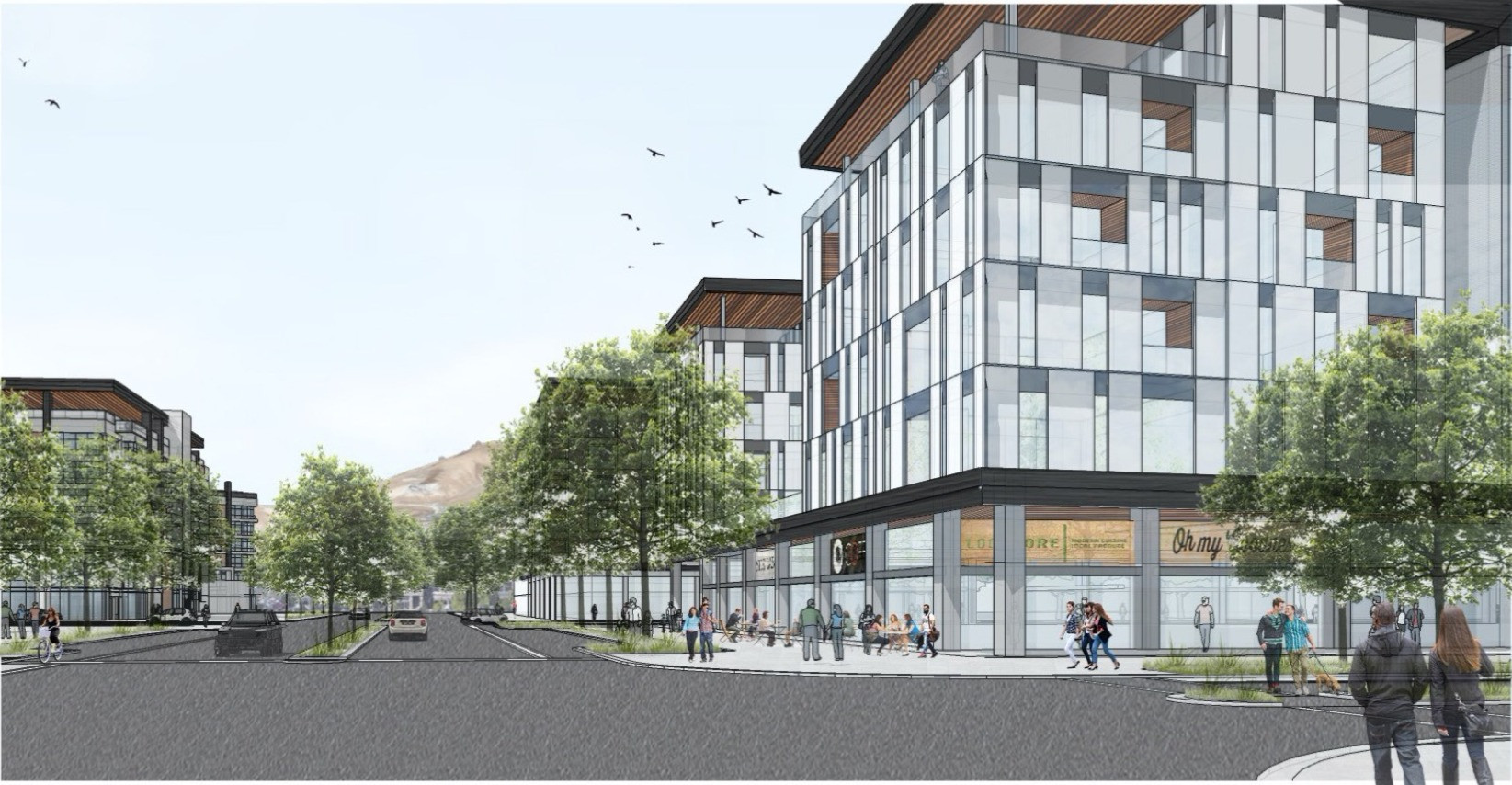 Slopes Residential, a company including STACK Real Estate, Greer Company and Thanksgiving Point, had been at odds with the City over current and future infrastructure fundingrequired for the development. Both parties have repeatedly disagreed about which entity would finance specific road and utility needs, as well as the number of units the area can support. That years-long disagreement came to a resolution on Tuesday. The needed infrastructure will be paid by impact fees directly from the development.

The most recent version of the Thanksgiving Station plan released in December of 2021, proposed new housing units of slightly fewer than 5,400, including a range of residences from studios to three-bedrooms. The proposed housing would have brought an estimated 12,190 additional residents to Lehi.

The proposal also included 11 acres of park and open space, nine acres for a school, 500,000 square feet of office space, 52,000 square feet for a church, and 300 hotel rooms on 115 acres at Executive Parkway and Ashton Boulevard. The building would have occurred in phases over the next 20-25 years. The City Council unanimously denied that plan.

The now-approved concept plan has 1,800 units in the transit-oriented development (TOD) area which includes the Utah Transit Authority (UTA) property, the soccer fields north of the FrontRunner Station and the Cornbelly’s site. The remaining 200 units will be outside of the TOD zone on property in the southern area of Thanksgiving Point on the corner of Triumph Blvd and Ashton Blvd.

The approved plan will also preserve Electric Park and Farm Country which were casualties in the last plan. The updated plan also creates ongoing funding for Thanksgiving Point as each rental unit will include a family membership to the venue. The membership cost will be included in monthly rents and disbursed to Thanksgiving Point.

“I don’t think it’s fair to the residents that bought there. I think that businesses should stand on their own two feet. If they’restruggling, then they flounder. If they succeed, then they succeed. This is a much more rooted issue for Lehi because Thanksgiving Point does bring in tax dollars and revenue. I don’t know about you guys, but I don’t want to lose it [Thanksgiving Point],” said Councilwoman Katie Koivisto, regarding the project’s goal of creating long-term sustainability for the financially strapped Thanksgiving Point non-profit organization. Despite Koivisto’s comment, she was the only council member to vote against approving the project.

To begin the presentation on Tuesday, Slopes Residential representative John Bankhead said, “We’ve done our best to try and respond to feedback and get something that we feel will be a win-win for the community. It won’t exactly please everyone.”

Mayor Mark Johnson opened the floor to public comment during the agenda item and public sentiment was split.

Opponents to the project have been vocal throughout the process citing concerns around traffic, population growth, the extension of Clubhouse Drive and the future of the Thanksgiving Point golf course.

Supporters of the project also came out to speak in favor of the development.

“I love the rapid transit. I would love to walk down from an apartment and walk to the grocery store or to a restaurant. There are people who really need this kind of concept,” said Evan Eames.

“This is exactly what I want in Lehi. I just bought my first house. I graduated from the University of Utah and was blownaway at the price. This is a legit solution to the high prices in Utah. This is a long-term solution. I’m excited about it. This is smart growth,” said Connor Howler.

At the conclusion of the public comments, the council voiced their support of the proposed concept plan.

“I look at what has changed from last time. There is a much better unity among all the parties involved and that speaks volumes to me that this will be successful. You have the developer, you have the City, you have UTA, and you have UDOT. It’s important that we get the commitments from UTA and UDOT that we need. I do feel with the right triggers we can get it right and it will be a great project for Lehi,” said Councilman Chris Condie.

Meeting infrastructure milestones was a unanimous requirement from the Councilors, who want to see a timeline for each new road or traffic change and how many units can move forward at each interval. The largest trigger discussed was a cap of 600 or 850 units built before Clubhouse Drive was completed, with the remaining units coming after that improvement.

The state legislature recently passed a bill to change Clubhouse Drive (SB13) from a City road to a State road that will transfer the cost of the extension from Lehi and pass it to the State.

Councilman Chris Condie motioned to approve the concept plan with several conditions including:

-The south parcel on the corner of Triumph and Ashton must be zoned as a business park (not commercial).

-The south parcel must have a defined buffer zone for the nearby residents, as well as any potential loading docks are to be placed on the north end of the property furthest from homes.

-Infrastructure triggers to be defined, including:

​2100N (which is planned to have a dedicated right turn lane for drivers heading west ​​toward Saratoga Springs.)

-Emphasis on retail, restaurants and a grocery store in the area plan.

Councilman Mike Southwick seconded the motion. The plan was approved by the Council 4-1 with Koivisto dissenting.