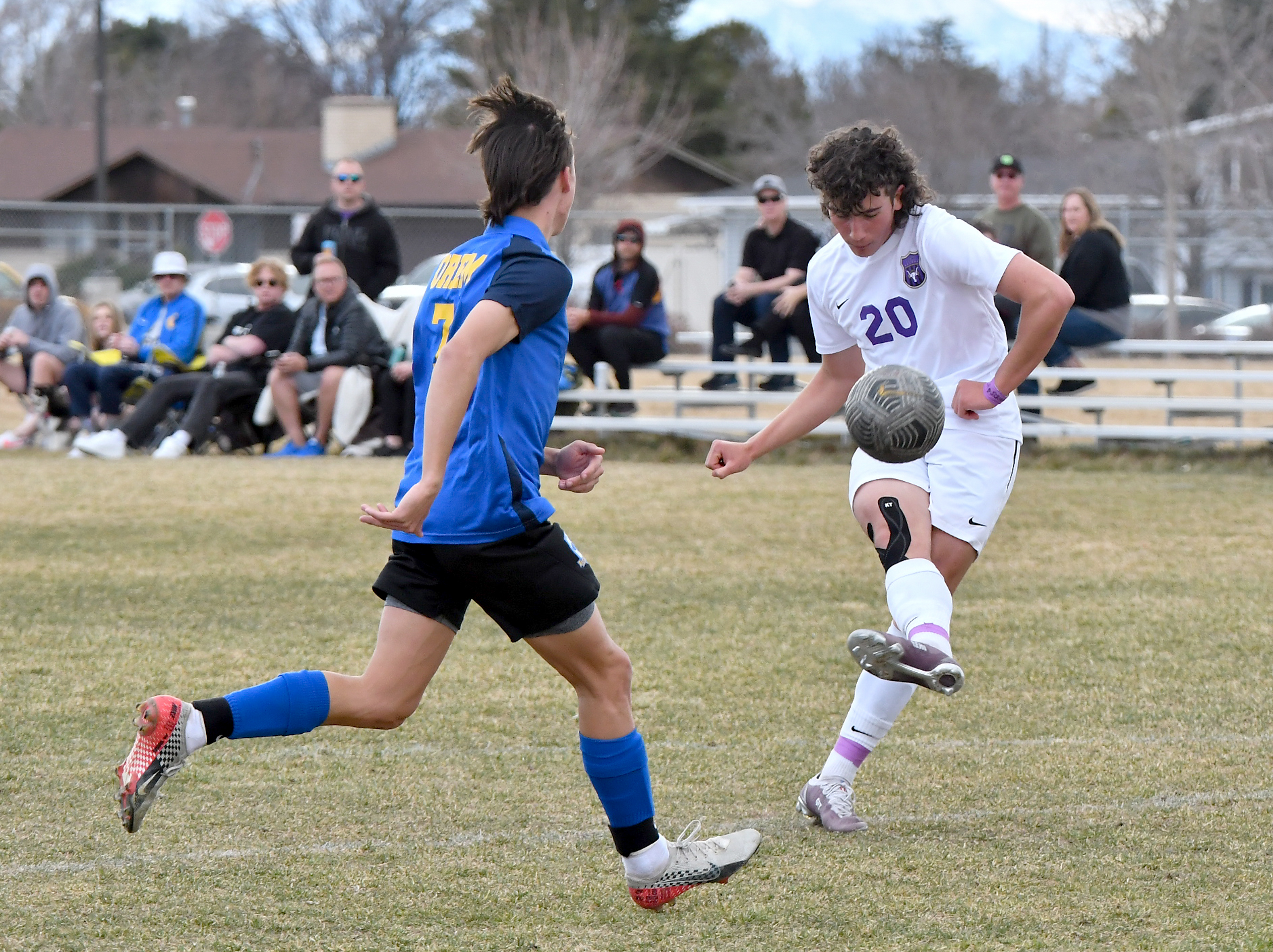 The Lehi boys soccer team earned four straight Region 8 victories prior to the break, two of them by shootout. The Pioneers are 7-1 overall and are tied with Alta for first place in the league with a 5-0 mark.

The Beetdiggers scored twice in the first half to enjoy the lead at home for much of the match, but the Pioneers got one goal in the first and an equalizer in the second to bring on the overtime. When neither team was able to break the deadlock in two extra periods, the contest went to a shootout.

Senior forward Christian Jones scored both goals for Lehi in regulation with assists from senior midfielder Cesar Morales andjunior forward Nate Shepherd. Junior Ian Seitzinger started the game in the net and sophomore Kaleb Cowley replaced him after the break in their shared role.

Jones and Shepherd each hit the net cleanly during the shootout, with junior midfielder Alfred Vargas and freshman midfielder Gavin Fenn converting the other two penalty kicks to lift Lehi to the exciting victory.

The Pioneers had a bit easier evening against the Bruins at home. They scored twice in the first half and three more times after the break to open up an insurmountable lead. Cowley went the distance between the pipes and had two saves in the match.

Jones again led the way with a pair of goals while Fenn scored once and made on assist. Junior defender Anthony Bustos and sophomore midfielder Colton Marsing tallied the other two hits. Shepherd contributed two assists while Vargas had one.

For the second time in a week and the third time this season, the Pioneers prevailed in a shootout as they topped the Timberwolves on their pitch. Lehi got the lead in the initial period, but the hosts matched it in the second half and neither team could find the net in the two overtime periods.

Shepherd had the solo goal in regulation courtesy of a give from Jones. They both scored in the shootout, along with Vargas and Fenn. Cowley saved three penalty kicks down the stretch to help decide the outcome.

Cowley came up with nine saves against the Thunderbirds to collect his first shutout of the season.  Sophomore midfielder Colton Marsing fed the ball to Fenn, who scorched the net in the first period for the only goal of the match.

“Our sophomore goalkeeper Kaleb Cowley has been huge for us in the net as well,” the coach added.