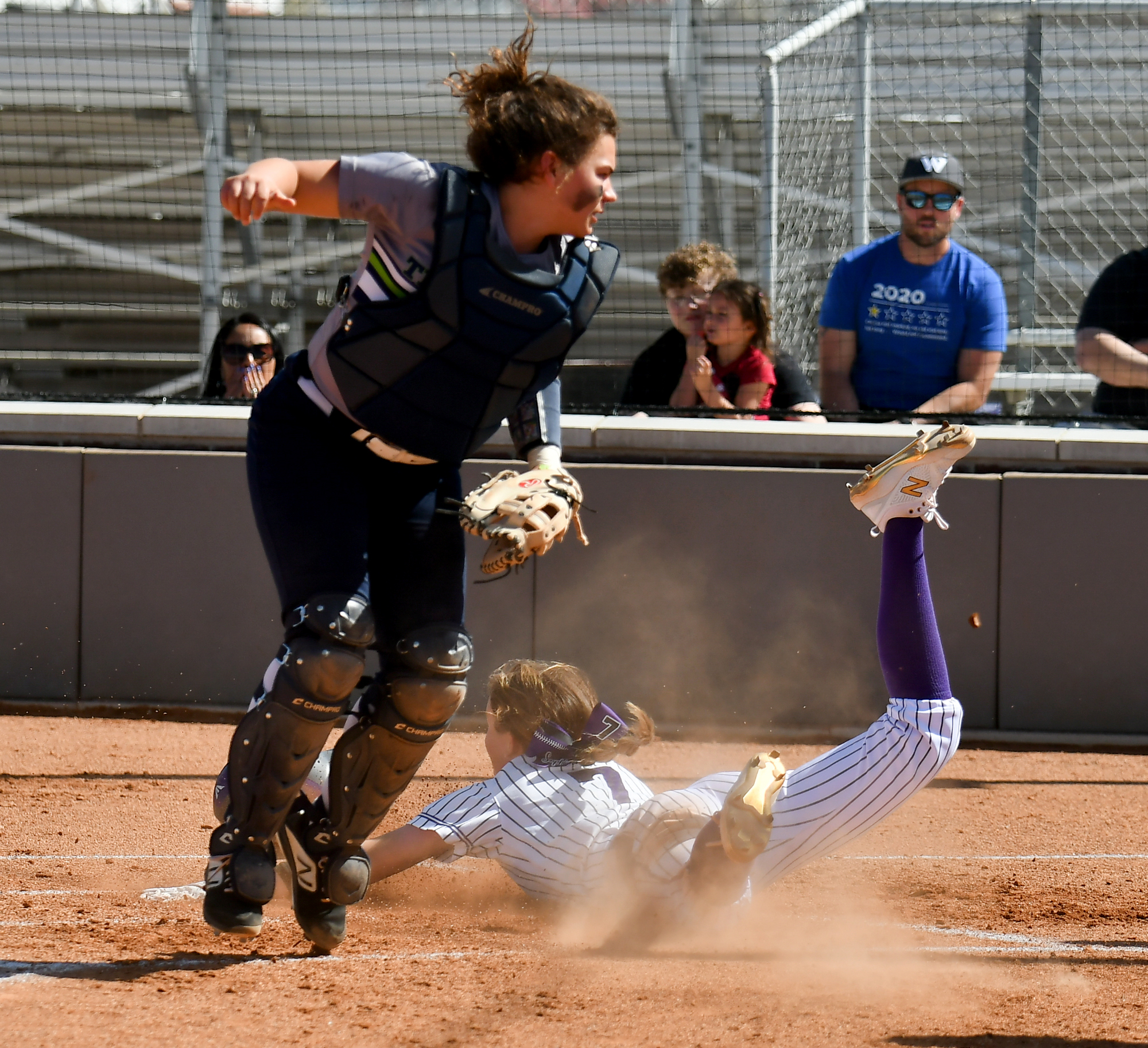 The Lehi softball team completed the league season undefeated to secure the Region 8 title by two games over Timpanogos and ended the regular season with a 19-10 overall mark.

The final RPI rankings and state tournament bracket will be released Wednesday morning. Check back online to find out where the Pioneers will start the playoffs.

After building a 10-2 advantage in the first inning, the Pioneers plated seven more runs in the next stanza and gave up only three to end the contest after three innings. Sophomore pitcher Emerson Fuller picked up the victory with five strikeouts among just 15 batters faced.

Lehi pounded out 16 hits including seven for extra bases. Senior Maci Wall went 3-for-3 with two home runs, five RBI and three runs scored. Freshman Sophie Bliss was also perfect at the plate with 3-for-3, one double, one homer, four RBI and three runs.

The homestanding Hawks had a 2-1 lead at the end of the first quarter, but the Pioneers plated eight in the top of the second and never allowed another opposing run. Fuller went the distance, giving up four hits early but striking out 15 against just one walk on her way to the big win.

Lehi had 17 hits including eight for extra bases. Wall continued her hot hitting with a single and two homers, four RBI and three runs scored. Beck went 4-for-5 with two RBI and two runs while senior Brooklyn Wiltbank doubled twice and scored once.

Carter had a single and double, two RBI and a run; Heaton contributed a pair of doubles, an RBI and two runs; sophomore Madison Salisbury singled twice, drove in a run and crossed the plate twice; and junior Preslee Nielson had two RBI and scored once. Junior Paige Nielson made two runs and an RBI.

Junior Halley Payne threw all but one out in this no-hitter with five strikeouts and two walks on the way to the win. Senior pitcher Grace Humes was the closer in a 4 ½ inning contest. The Pioneers scored multiple runs in each batting turn to tally the total.

Salisbury had a double, a home run and a walk for two RBI and three runs scored. Wall went 3-for-4 with a double, two RBI and two runs. Senior Harmony Shoda singled twice, drove in two runs and scored once. Beck and Carter had two RBI each and Heaton crossed the plate twice.

The Pioneers secured the region title by blistering the second-place Timberwolves on the road. They came up with 13 hits, including a pair of home runs by Bliss in her 3-for-5 afternoon for six RBI and three runs scored.

Heaton and Beck each added a double and a home run with two RBI and three runs of their own. Paige Nielson crossed the plate three times and Fuller drove in two runs. Fuller got the win with five strikeouts, one walk and no hits in 3 2/3 innings of work. Humes finished the outing in the circle.

The Pioneers took the early lead over the 6A Sentinels with a run in the top of the first inning but were never able to get another one, while the home squad tallied 10 runs in the fifth and sixth to close out the non-region contest. Fuller took the loss and Humes was the closer.

It didn’t help that Lehi stranded 16 baserunners in an uncharacteristic outing for them. Bliss singled and scored the only run for the visitors. Wall and Heaton had doubles.