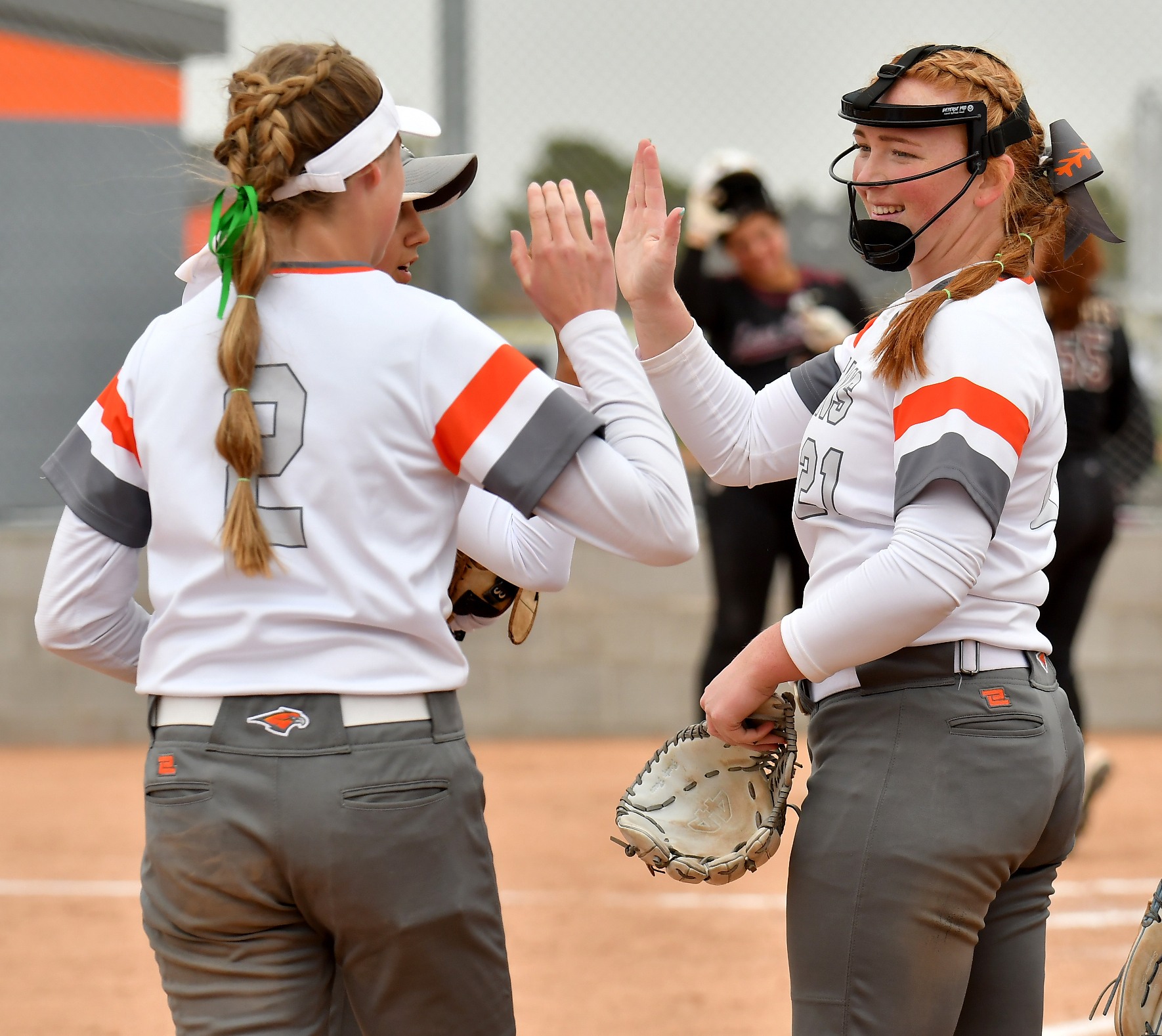 The Skyridge softball team finished the Region 4 season undefeated and secured the crown with an 8-0 record. They lost three non-region contests in the past two weeks to finish the regular season with a 20-5 overall mark.

The final state RPI rankings and tournament bracket will be released Wednesday morning. Check back then online to find out where the Falcons will begin the playoffs.

The Falcons gave up a run in the top of the first inning but responded with six in the bottom half and shut out the Thunder the rest of the way to end the contest in 4 ½ innings. Junior pitcher Elliott Plewe allowed just three hits with seven strikeouts and two walks in the win.

The Falcons almost gave away this game as they allowed four runs in the bottom of the seventh inning before getting the final out. Senior pitcher Heather Berrett struck out seven with one walk and one run to get the win, while Plewe got the save. She also went 4-for-4 with two RBI and a run scored.

After two scoreless innings, the Silverwolves boarded a run to take the lead, but the Falcons plated seven runs in the bottom of the third and six in the fourth and slammed the door shut in the top of the fifth to end the game early in the first of four contests played on the same day.

Berrett picked up the win and Plewe struck out the side in relief.Beck had two home runs for five RBI. Medina singled and homered for four RBI and two runs scored and Kadynce Barnescame across on her solo shot.

The Falcons were held scoreless for five innings before a sixth-inning rally, but they fell short. Plewe was the starter and took the loss. Junior Abbie Bailey doubled and drove in two runs.

The Lancers were up 4-0 after two batting turns, but the Falcons plated six runs in the bottom of the second and Berrett was called on to slam the door shut and collected the victory. Bailey had a triple, three RBI and a run scored. Medina had a solo homer and Plewe doubled twice.

The Bears had all their runs by the third inning, and it was a scoreless duel from there on out. Plewe got the loss. Maughan, Tahbo and Elizabeth Barnes made the only Falcon hits.

It was a closer contest in the non-region rematch against the top-ranked Silverwolves, but the Falcons still couldn’t find a way to get past them.

It took pitching by committee to pick up this win, which was credited to Plewe. Turner doubled and homered for three RBI and two runs scored. Plewe had a home run, two RBI and two runs, while junior Alexis Clark added a two-RBI homer.

Plewe threw a two-hitter and fanned seven on the way to a five-inning victory. She also led the offense with a pair of home runs, five RBI and three trips across the plate. Maughan was 4-for-4 with a double and home run and three runs scored.

Tahbo had a homer among two hits and registered four RBI. Medina hit two across and scored twice herself.