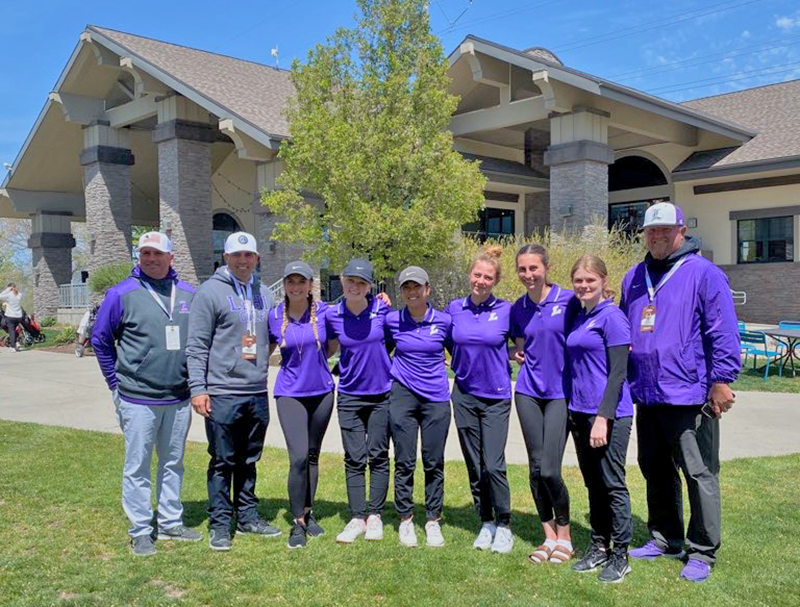 The Lehi girls golf team earned fifth place in the 5A state tournament, held May 9 and 10 at the River Oaks Golf Course in Sandy. Pioneer senior Patiola Uluave finished in the silver medal position by a single stroke and senior Brooke Andersonwas also a medalist in seventh place with a 165.

Uluave shot the best round of the tournament with a 64 (-6) in Monday’s first round, also a school record. She had a three-stroke lead coming into the second round, but Region 8 gold medalist Sunbin Seo of Timpview edged her out with the combined score of 137-138 by the end of the day.

The Thunderbirds were easily the repeat winners of the 5A state title with a 619, 79 strokes better than the Hawks. Lehi finished at 776.

The Pioneers came in third in Region 8 behind Timpview and Alta during the regular season. Uluave finished fourth in the region medalist standings and Anderson was fifth.

The Pioneers were the third team to qualify for the tournament based on average scores after the automatic bids were awarded to the first-place programs from each 5A region. Six of the 16 qualifying teams were cut after the first round and didn’t advance to the final day.

“We were really happy finishing in the top five at State,” said Head Coach Tele Wightman. “The conditions and set up of the course were very difficult. All the girls hung in there and competed until the end. They all played some great stretches of golf.

“Pati played great,” the coach continued. “I’m so proud of her, and it was so fun to watch. She was really focused coming into the tournament.

“She came close on so many putts today. She made some unbelievable par saves on the back 9 to keep her in it. She just fell a little short. Congrats to Sunbin. That back 9 today was incredible.

“I’m so happy for Pati and Brooke,” he went on. “They work so hard on their games. It’s been fun to see them become really close friends. They both represent Lehi so well.

“We are sad to see them leave but really excited to see them both play in college. Both finishing in the top 10 the last couple of years is a great achievement,” Wightman concluded.