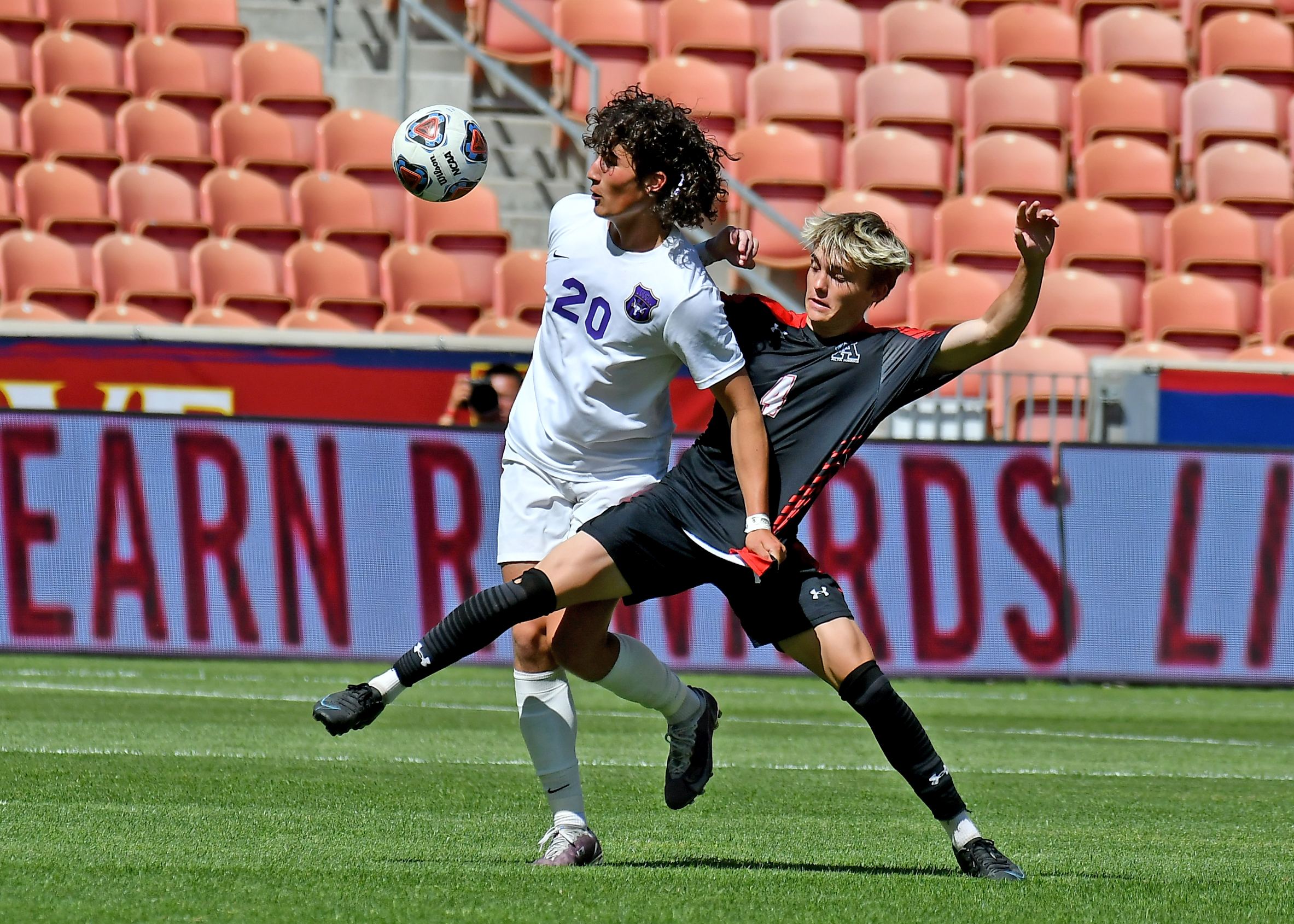 The official release of the decision came Thursday afternoon as follows:

“The Utah High School Activities Association (UHSAA) Executive Committee is making a stand against sportsmanship issues in the sport of Boys’ Soccer.

“In a meeting Wednesday, the Executive Committee voted to place the sport of Boys’ Soccer on probation due to a rise in ejections related to unsportsmanlike conduct, removing two games from the sport’s contest limitations. UHSAA programs will now have 14 allowable contests, down from 16 contests.

“The sport will remain on probation for the next three years, with the Executive Committee conducting an annual review of the sport’s progress in improving sportsmanship issues. The UHSAA will have no further comment on the reduction of contests.”

Jon Oglesby, UHSAA spokesman, said the increase in ejections has been “substantial” but added that he couldn’t comment on specifics.

The boys soccer coaches at Lehi and Skyridge agree that there are some behavioral issues in the sport but also that it isn’t a problem everywhere.

“Honestly, we had less problems with our team this year than in years past and I really didn’t see any problems with our region,” said Lehi Coach Jim Graham. The Pioneers had only one player ejected all season, and it was for a second yellow card in the same match.

“A player can be ejected in soccer with two yellow cards, which is much different than a straight red card ejection,” he continued.“A straight red card booking requires much more of anegregious act. I wonder if that was even put in the equation.”

Graham added, “That being said, parents, coaches and players all have to do better. Some of the stories I heard were awful.” He added that one of the playoff teams Lehi faced in the tournament this season had players and parents that were “a bit out of control,” so he understands the reason for concern.

However, he also thinks that “referees should be evaluated better. There are some different factors when you talk ejections in soccer versus all other sports due to the yellow and red card enforcement.”

The coach at Skyridge, Jerry Preisendorf, said, “I’ve never had an issue here, but I think that this is something that should be more school-specific rather than the sport as a whole.

“Some teams or schools have issues, but they are punishing all teams rather than just going after the culprits and usually they’re the same ones that take the attitude from their coach,” he said.The only red cards for the Falcons this year also came from a second yellow in the course of a match.

Preisendorf also wasn’t sure why boys soccer was being singled out. “They also need to look at how other sports work. Football is a very violent game, however it’s never on probation and there are certainly seriously wrong things that happen in those gamessometimes,” he said.