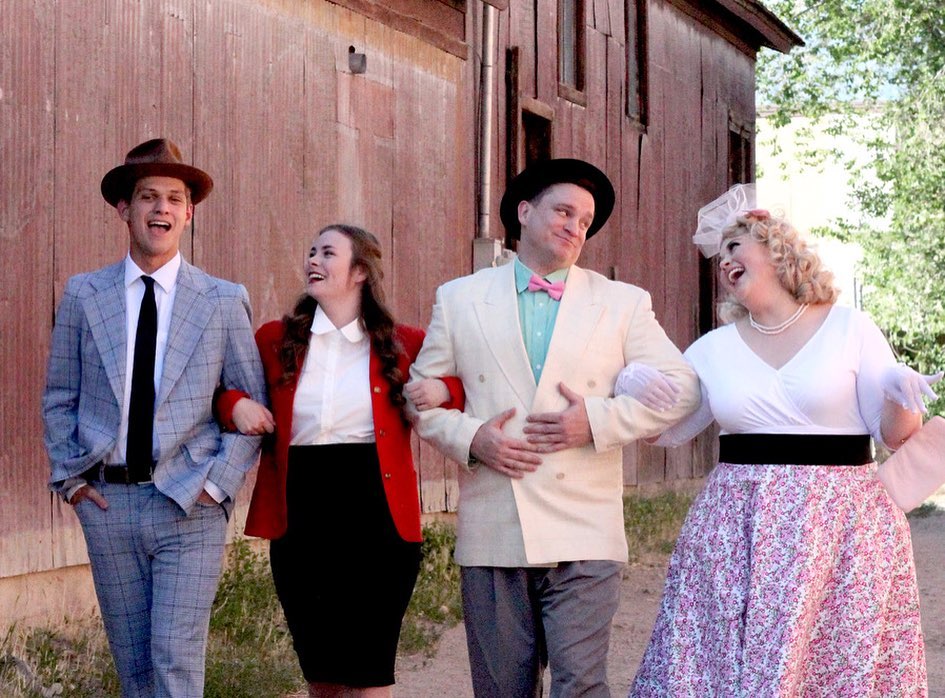 The Lehi Arts Council chose “Guys and Dolls” for the summer 2022 musical months ago, and it’s turned out to be the perfect mood. “I think we’ve had enough heavy stuff for a while. ‘Guys and Dolls’ is lighthearted and uplifting, a short escape from everyday life,” said Elison.

Elison is a drama teacher at West Jordan Middle School as well as a vital member of the Lehi arts community. “People keep coming back to Lehi productions because this is a comfortable learning experience,” explained Elison. “Everyone involved is excited about what they’re doing, and we want people to have fun.”

The show tells the story of Nathan Detroit, a gambler trying to find enough cash to set up the biggest craps game in town while the authorities breathe down his neck. Nathan’s girlfriend Adelaide wants to finally get married after being engaged to Nathan for 14 years. Meanwhile, Nathan’s fellow gambler Sky Masterson approaches strait-laced missionary Sarah Brown to try to raise the dough for the craps game and ends up falling in love. The characters go from Times Square in New York City to the cafes of Havana, Cuba.

“Probably my favorite scene is the ‘Havana’ number. It’s nine minutes of dancing and singing, and it’s insane and intense,” said Elison. “We had to do a lot of planning and strategy sessions outside of rehearsal for that scene. It’s a big party and so fun to watch.”

As with most Lehi Arts Council productions, the cast is full of friendly, familiar faces with a few first-timers in the mix. “We try to make this a safe space for new actors. We welcome every skill level,” Elison said. “There’s a confidence that comes from being vulnerable on stage. As a theater teacher, I tell my kids they’re learning life lessons. The teamwork and synergy in theater are useful in every other part of life.”