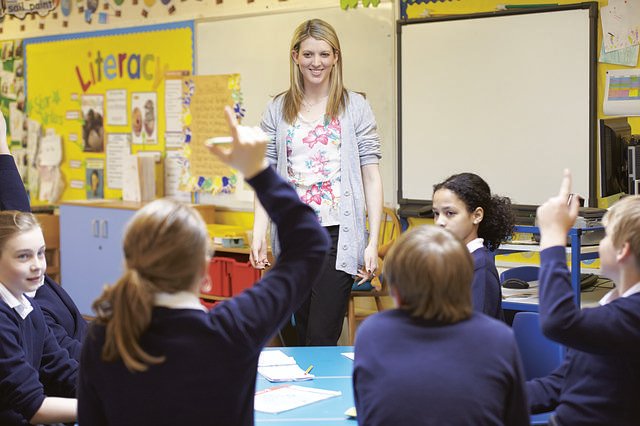 Lt. Gov. Deidre Henderson of Utah has sat and pulled up chairs to a variety of tables, but on Tuesday, she chose to sit on the floor.

She read aloud to a group of young children gathered around her on a mat at the Creative Learning Academy. As Henderson turned through the book, the kids pointed, wiggled, and whined that they couldn’t see the illustrations.

Before entering the classroom, Henderson addressed the youngsters in the corridor, who were beaming with delight. She nodded as one eagerly pointed to the several planets on his T-shirt.

He said, “Did you realize there are millions of stars?”

The discussion is just one of the numerous regular talks that childcare professionals have. Quality early education and adult contact are critical in a child’s health and development throughout the early years of life.

While many parents appreciate the value of childcare employees in their children’s lives, the industry’s importance was emphasized during the COVID-19 epidemic.

“During a moment of severe adversity, we all observed this remarkable devotion from childcare staff,” Henderson said. “Childcare professionals are on the front lines, and we have been amazed at how they have stepped up. We want to offer our heartfelt gratitude and appreciation to them. Their job is vital to our children, families, and businesses, and their commitment is admirable.”

In thanks, she announced that the state would provide qualifying childcare staff throughout the state with a one-time $2,000 incentive. The incentive is estimated to help approximately 12,000 people in Utah.

“I left a better-paying career to come here and maybe make a difference in these young lives,” said Emma Otteson, a pre-kindergarten teacher at the school. “This incentive will benefit childcare employees throughout Utah in many ways, and I know it will benefit me as well.”

During the pandemic, Utah and the Office of Child Care received nearly $108 million in Coronavirus Response and Relief Supplemental Appropriations, most of which went to childcare providers via operating grants. As the state recovered from the epidemic, the operating grants were replaced with childcare provider stability funds until September 2023.

The remaining $20 million in COVID-19 relief monies will be utilized to pay incentives to childcare workers.

“While Utah has moved on from the pandemic response to a more stable state, the pandemic’s impending economic ramifications have taken a toll on the childcare business,” Henderson said. “There is a nationwide labor shortage, which has made keeping and recruiting childcare employees more difficult than ever for providers.”

The labor crisis has impacted sectors throughout the state, but the effect on childcare may reach beyond the company and personnel.

“We’re dealing with small beings, so when individuals burn out or leave the field, it affects children, which has a significant effect,” said Jessica Lloyd, owner of Creative Learning Academy. “There have been times when folks were burned out and fatigued — we all are — but we’ve tried to educate and truly assist people in taking care of themselves.”

While labor shortages and fatigue among vital employees have significantly affected the childcare business in the aftermath of COVID-19, Utah was dealing with childcare staff shortages before the outbreak.

“A lot of folks aren’t working because they can’t find childcare or a facility they like, or the waiting lists are too lengthy,” Lloyd said. “It’s difficult for parents and providers because we want to assist everyone we can.”

According to a Center for American Progress research, Utah is a childcare “desert,” with 77 percent of all inhabitants residing in places with few or limited alternatives. According to the center, a childcare desert is “any census tract with more than 50 children under the age of five that has either no childcare providers or so few alternatives that there are more than three times as many children as licensed childcare slots.”

The one-time incentive may assist in alleviating the labor crisis in childcare, but additional long-term solutions are required.

“Ultimately, whether it’s early childhood or kindergarten, first grade… it would be very good if there were more monies available for teachers especially,” Lloyd added. “We’ve tried to keep our pay extremely competitive, which has really benefitted our instructors, but it’s really transformed our company.”