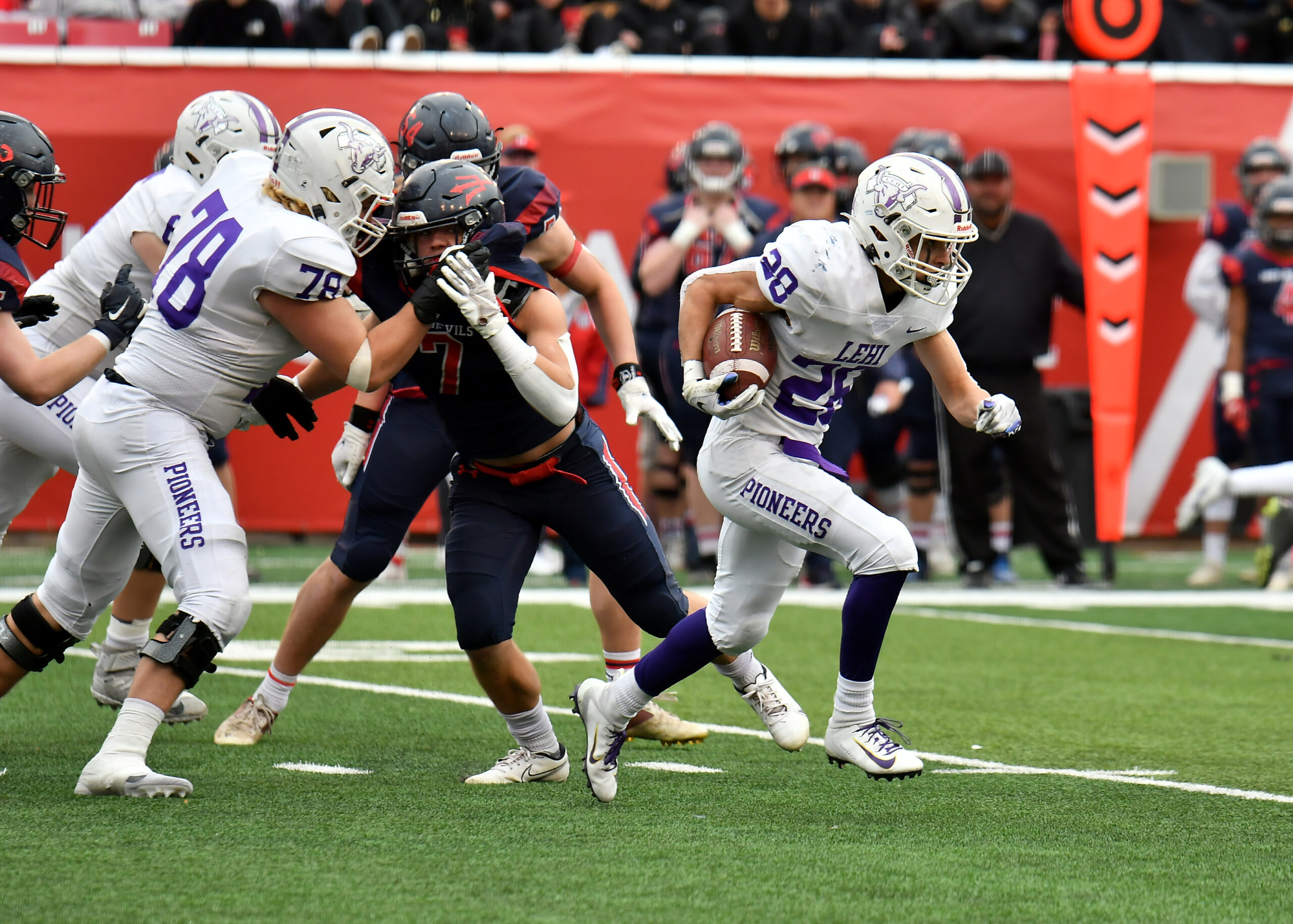 The Lehi football team will officially kick off the fall campaign with a community event highlighted by the Purple and White scrimmages on Friday, Aug. 5 followed by a dinner and auction in support of the program on Saturday.

On Friday, the sophomore contest is scheduled for 5 p.m. The varsity game is scheduled for 7 p.m. and will allow fans the first look at this year’s squad. In the 5A preseason coaches poll, the returning state champion Pioneers received 19 of 21 first-place votes to outdistance everyone else for the top spot.

Timpview was second and Orem third, so the Region 8 race is expected to be a battle once again and will likely factor in how things turn out at the end. Lehi opens the season by hosting Davis on Aug. 12 at 7 p.m.

On Aug. 6, Jersey Mike’s will be serving dinner in the Lehi fieldhouse from 6-9 p.m. Tickets are $15 and must be purchased in advance from any football player.

There will also be an auction in conjunction with the dinner. The auction is open to the public even if they don’t participate in the dinner.

This year the team will also be having a couple of Fan Nights during the home JV and Sophomore games. The first one is set for Aug. 18 and is expected to include booths, drawings, prizes and concessions as the program celebrates the fans and the interaction with sponsors from the supportive community.

The event will feature an eating contest with varsity team members, pitting 12 offensive against 12 defensive players in a challenge to consume two massive burgers each, all provided by Seven Brother’s. This will be happening while the JV and Sophomore teams play against Salem Hills. This event is scheduled to repeat on Sept. 1, schedule permitting.

Check back for a full preview of the Pioneers.