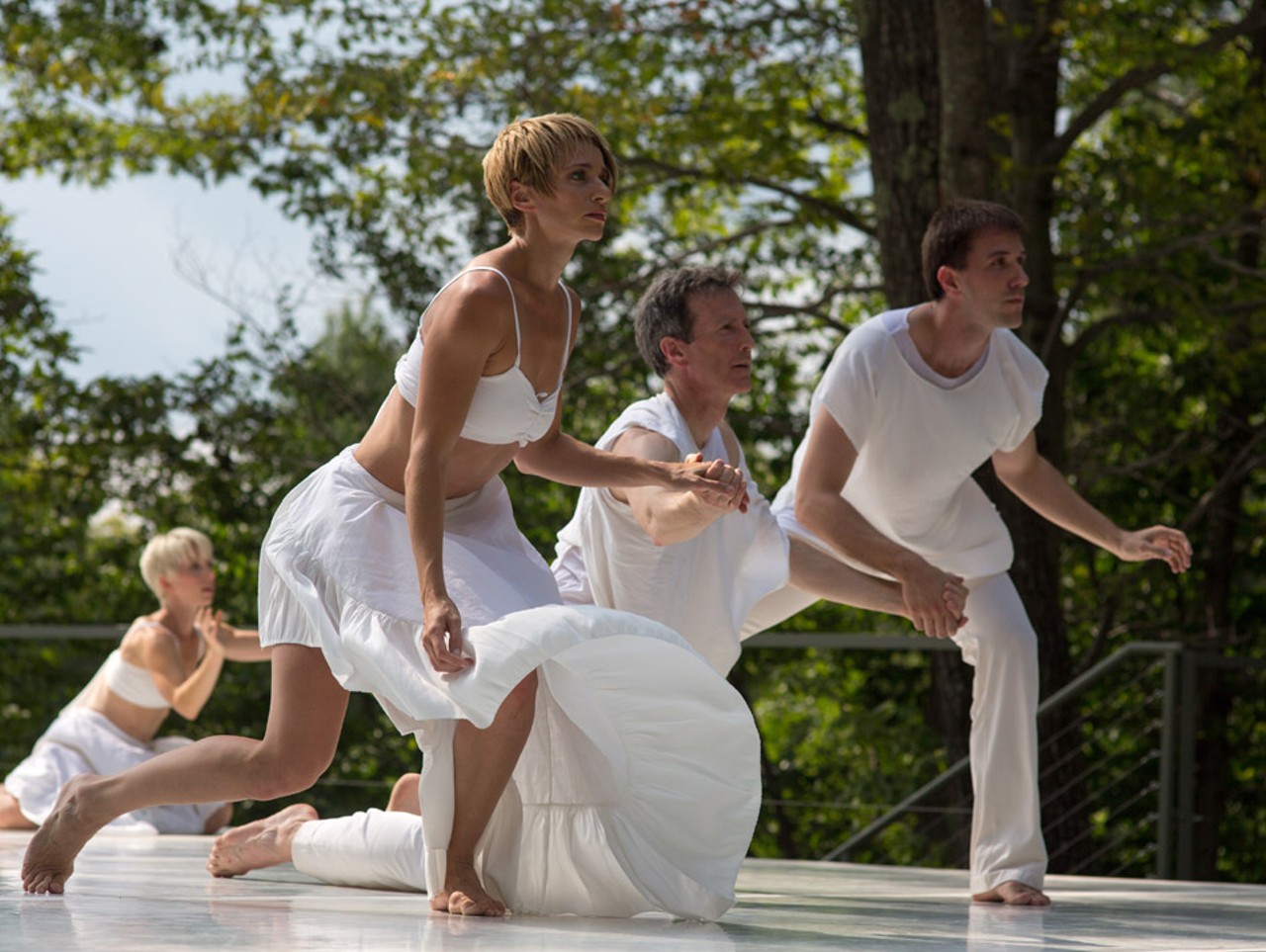 SALT LAKE CITY, UT — Lehi native Bill Evans returns to Utah for a celebration of his artistic legacy. Repertory Dance Theatre presents an evening of dance September 29-October 1 at the Rose Wagner Performing Arts Center to honor their renowned alumni dancer and choreographer. RDT will present four works by Evans–plus a performance by Evans himself– on the opening concert of their 57th season of connection. The dance collection is called Quadruple Bill (plus).

Bill Evans was a dancer with RDT from 1967 through 1974 and created 20 works for RDT. He enjoys an ongoing relationship with the company as a teacher, choreographer, and guest performer and serves on the RDT national advisory board.

In QUADRUPLE BILL, RDT will pay tribute to Evans’s immense legacy. His love of American dance and music will take the audience on a joyous artistic journey steeped in the West’s landscapes, stories, and culture. The concert features a wide range of his choreography created between 1973 and 2017.

When asked to describe his choreography, Evans uses the words somatic, heartfelt, and accessible. Elaborating, he goes on to say, “somatic, because I have researched my bodily wisdom, anatomy and physiology to create a movement language and performance style that can communicate directly to the sensory apparatus of the viewer; heartfelt, because each one of my works has been created to distill in time and space (however ephemerally) something that I have cared about passionately; accessible, because I invite the viewer into my dances. I want my dancers to be human and hope that people feel they could jump up on stage and join us.”

The earliest piece in the concert is Hard Times, choreographed in 1973. Using traditional American folk tunes, Hard Times is a nostalgic response to photographs of rural families during the Great Depression and Evans’s travels through the mountains of eastern Kentucky. Also using folk music, Crippled up Blues…and other tales of Deseret features the music of Utah’s 3hattrio. Choreographed in 2015 for RDT’s 50th anniversary, Evans weaves stories of family, history, and Western culture.

Naturescape Unfolding, choreographed in 1996, is inspired by the majestic images of southern Utah’s Zion and Bryce Canyon National Parks. Additionally, RDT will present Suite Benny. Originally choreographed in 1987 and updated in 2017, Suite Benny is a tribute to the “King of Swing,” Benny Goodman, and an evocation of the ballroom dance craze that swept the U.S. during the big band era.

At the age of 83, Evans himself will take the stage in Blues for my Father, choreographed in 1987, to display his legendary skills as a master of tap and jazz dance.

Executive/Artistic Director Linda C. Smith says, “RDT is proud to present the work of Bill Evans, a dancer, choreographer, and teacher who had a major impact on the development of Repertory Dance Theatre. As one of RDT’s most prolific and renowned alumni dancers, Bill is a Utah artistic champion who continues to inspire us.”