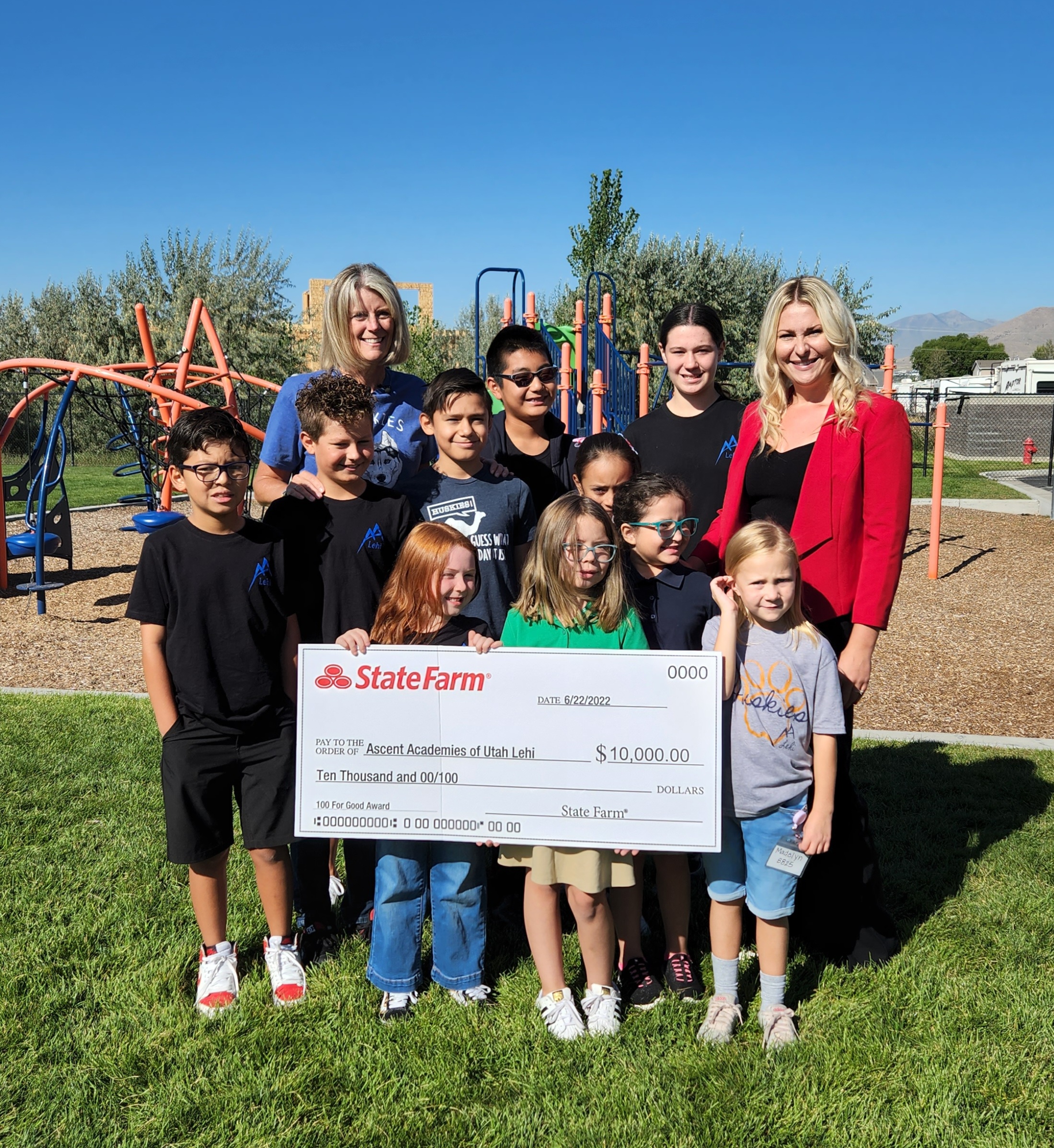 A small group of students at Ascent Academy stood in front of their playground on Friday, September 2, with Principal Tricia Remington to accept a giant $10,000 check from Jordan Hardy. The donation will go toward new playground equipment for the school.

Jordan Hardy is a State Farm agent in Orem, and her son just completed his first year at Ascent Academy in Lehi. Her peers nominated Hardy to win State Farm’s “Acts of Good” grant. She was one of the two agents from Utah who won.

“State Farm had their 100th anniversary this year, and leading up to it, they celebrated by giving away a lot of grants. They donate $50 million annually to non-profit organizations,” Hardy explained.

Hardy qualified for two State Farm grants last year, one for $5,000 that she donated to a non-profit in Orem. “I wanted to donate the $10,000 grant to Ascent specifically for the playground equipment here at my son’s school,” she said.

Hardy’s son started at Ascent Academy last year. “He loves it here – it was a much smoother transition than we expected,” she remembered. “Every day, he was bringing his Bay Blades and Pokémon to school, and when I asked him why he said it was because there was nothing to do at recess. He’s a big boy – too big for the playground equipment here.”

“It’s going to be great to get something for the older kids,” said Denise Hone, office manager at Ascent Academy. There are 600 students from kindergarten to ninth grade at the school.

“This is our eighth year, and we’re excited to add to our playground equipment. With this money, we get to move forward instead of just hoping,” said Principal Remington. “We’re a public school, and we get money where we can and when we can’t get it, we make do. When $10,000 comes along, it’s fantastic. It allows us to get moving.”