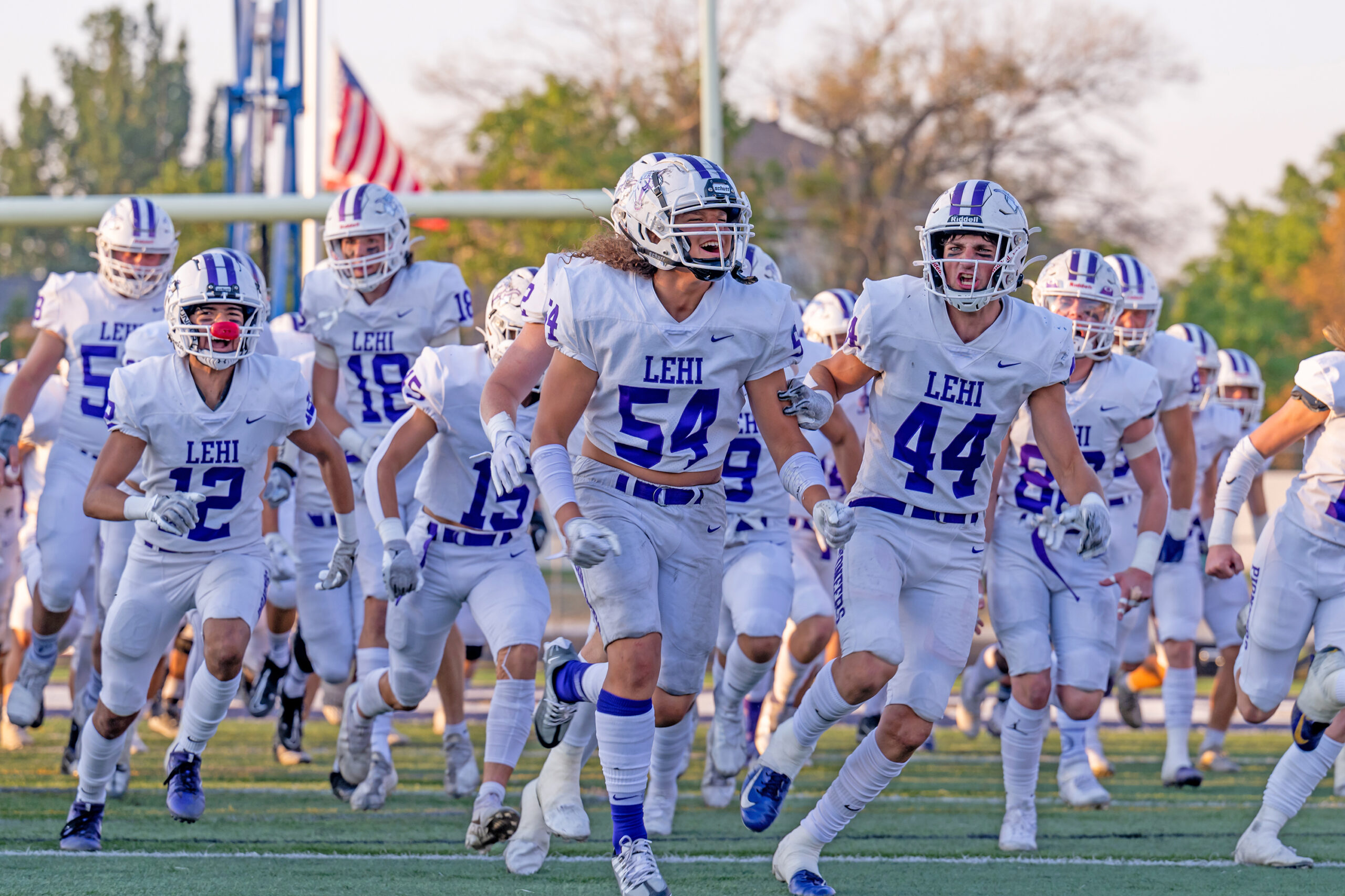 We would not normally be having this conversation at this point in the season.

After all, the Skyridge and Lehi football teams haven’t even started region contests yet, and the playoffs are nowhere in sight.

Nevertheless, each team overcame the odds to secure a monumental win for their respective programs last Friday night. It would be very difficult to overstate the importance of these victories in the grand scheme of things.

Let’s start with the 6A Falcons, who are ranked No. 1 in the state in every poll and have moved to No. 29 nationally on MaxPreps.

They were favored by about two touchdowns to beat a very good 5A team from Timpview which had already topped 6A heavyweights Lone Peak, the defending state champion, and Bingham.

It’s worth noting that despite the loss, the Thunderbirds are still ranked No. 2 in the state by MaxPreps and are at the top of the initial 5A RPI list issued by the UHSAA on Monday. Both of these reflect the strength of the schedule that they’ve played and the fact that this team is really, really good.

Skyridge was still picked to beat them, so you might reasonably ask what all the fuss is about. Just this. On the second play of the first Falcon drive, senior quarterback McCae Hillstead was injured and never returned to the game.

Hillstead is a third-year man at his position. Think about it. Nearly all of the players in the Skyridge program have never started a varsity game with anyone else at quarterback. Because of that, he’s not only in a key roster spot but is a team leader as well.

You remove a player like that from a game, especially so early, and you would expect some disarray. There was some, as Timpview boarded 13 unanswered points to take a solid lead at the 8:27 mark in the second quarter.

But having absorbed the sucker punch, the Falcons came roaring back. They put together a successful drive behind senior backup Trent Call to cut the deficit to 7-13 by the break.

After the teams returned to the field, the Skyridge defense not only slammed the door shut on the opposing offense, but the stout group also pulled their team even when senior linebacker Collin Sheffield ran back an interception for a score.

Call got the go-ahead touchdown with about nine minutes left in the game, and the Falcons held on for a very sweet victory.

There was no key injury for Lehi at Corner Canyon, but thePioneers gave up 24 points to the Chargers by early in the third quarter and had squandered their own red-zone opportunities to that point.

Undaunted, they ground out a successful drive to start a comeback. A penalty moved the kickoff way forward, so they gambled on an onside kick and got it, which led to cutting the deficit to two scores.

Then, within two minutes, a mishandled snap ended up on the turf and was recovered by Lehi. This was followed by a third touchdown and another failed conversion try, leaving the score at 19-24 as the period ended.

Despite their own mistakes, the Pioneers created another chance for themselves by causing and recovering a fumble. Then they scored on an unrehearsed play drawn up on the sideline in the heat of the fight and thus managed to get the one-point margin with which they ended the thrilling contest.

No big deal? After all, Lehi had been blowing out their competition since the season started.

Hardly. Corner Canyon has defined football excellence in Utah for the past several seasons. They won three consecutive 6A titles from 2018-2020 and were the runner-ups in 2021. The Chargers embarrassed Lehi 52-7 just a year ago and came into this game as a 9-point favorite.

So, in the end, the story wasn’t so much that Skyridge and Lehi won these heavyweight battles, but how they went about doing it.

These hard-earned victories demonstrate that both of these teams already have a championship mentality that, if it can be sustained in the face of the tough contests still to come, could well carry them to a final triumph in November.