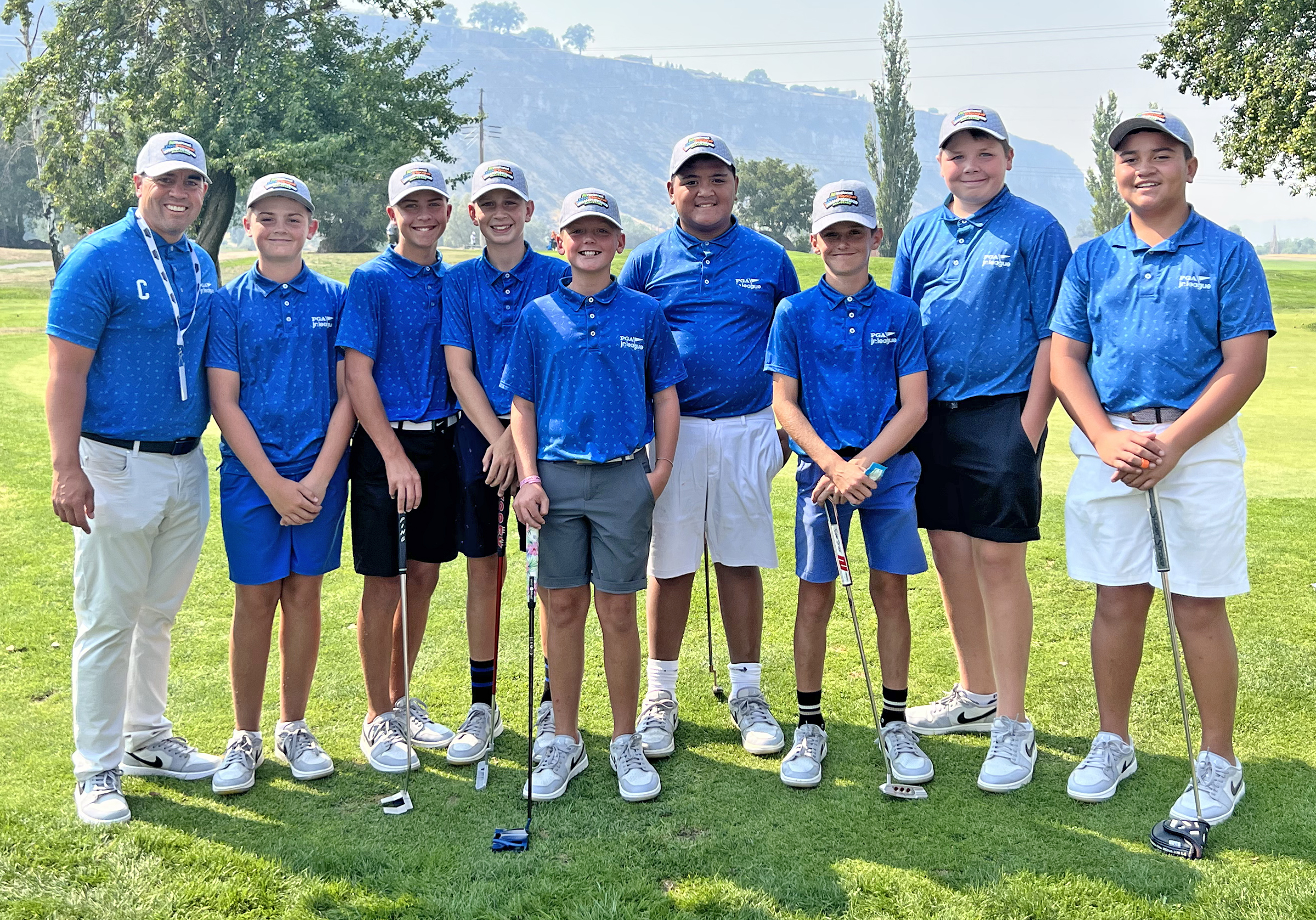 A 13U boys all-star golf team based at Thanksgiving Point has qualified to advance to the 2022 National Car Rental PGA Jr. League Championship Oct. 6-9 at Grayhawk Golf Club in Scottsdale, Ariz., which will be televised live on select ESPN networks.

The Lehi team won the national championship last year in the 12U age group. At this year’s Region 11 competition last weekend In Twin Falls, Idaho, the squad tallied a solid 30-under-par performance in Saturday’s round one aggregate score stroke play qualifying.

In Sunday’s semifinal match play, the top-seeded Thanksgiving Point team faced off against the fourth seed CSGC team, defeating them 11-1. The second seed Bend Bombers edged the third seed Meadow Springs 7-5 to advance to the championship match to face the defending national champions.

It was a neck-and-neck battle between the Utah and Oregon teams, who ended their match tied 6-6. Ultimately, Thanksgiving Point won the first tie-breaker with 12 holes won to the Bend Bomber’s eight.

“What a hard-fought battle we had with the team from Bend, Oregon, in the finals,” said Coach Tele Wightman. “We played to a 6-6 tie. The tiebreaker was total holes won by each team for the match and we had a few more.

“I’m so proud of this team for hanging in there and grinding it out all the way to the end. Every shot mattered,” he added.

“We are excited for the opportunity to go back to Nationals and compete for another title,” Wightman said. “The PGA of America provides the kids an amazing experience for all those who make it.

“It’s going to be so fun to be a part of it. The boys are playing great golf. Who knows, maybe it will be another special week,” he said.