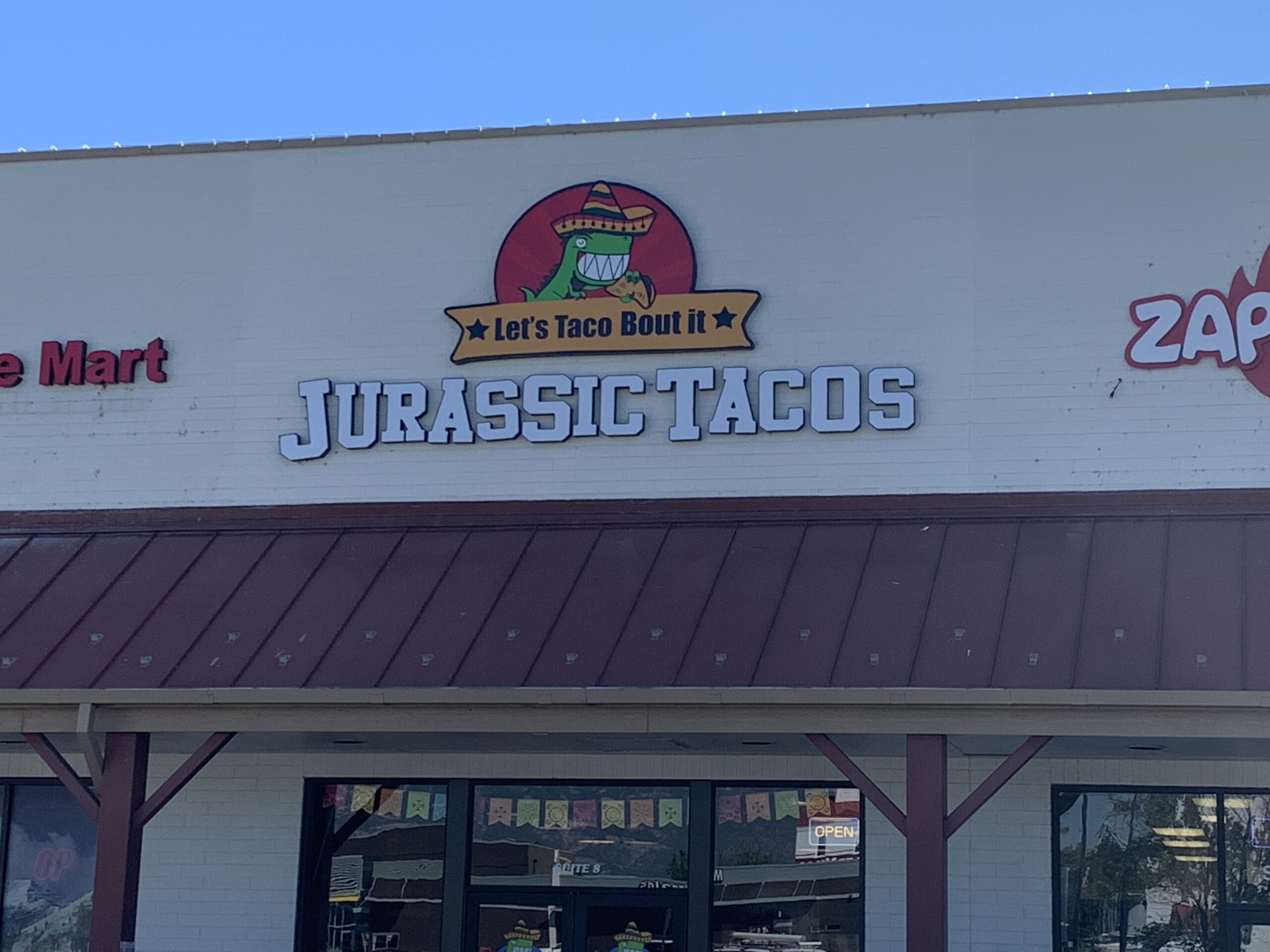 The food truck turned brick-and-mortar Jurassic Tacos has expanded with a storefront in Lehi. The Utah County company has made a home east of Macey’s grocery store in the strip malllocated at 785 E 200 S.

Jurassic Tacos started in 2016 with just one truck and has grown to five trucks and five restaurants (Orem, Pleasant Grove, Eagle Mountain, Spanish Fork, Lehi), with a sixth on the way in West Jordan.

The small but flavorful menu features the classic street taco witheither al pastor, chorizo, Carne Asada or Pollo Asado meat, with a salsa and garnish bar to add desired fixings. The menu also offers its namesake Jurassic Taco made with a corn or flourtortilla and filled with melted mozzarella cheese, refried beans and your choice of meat. Diners may also enjoy a traditional quesadilla or burrito.

On my visit, I chose the Jurassic Taco with pollo asado and ahorchata to drink. The taco was full of flavor with a layer of slightly crisped melted mozzarella cheese, refried beans (I would have liked a little more than was given) and loaded with grilled chicken. They don’t skimp on the meat. The taco came together nicely, especially dipped in their hot salsa, which lived up to its name. The street taco had a nice helping of meat and was a good portion. It came with a few tortilla chips.

The horchata was delicious and, in my opinion, the best horchata in Utah. I’ve tried it just about everywhere.

The Jurassic Taco and horchata came to just over $13.

Overall, the new Lehi location is worth a visit when craving some street tacos and horchata. The colorful and welcoming restaurant is small and geared toward take-out but offers a few dining tables.

According to the branding on the menu, “Our Goal is to be the best in the area, easy to find when you are hungry, and when you think of awesome tacos, you think of Jurassic Street Tacos!”