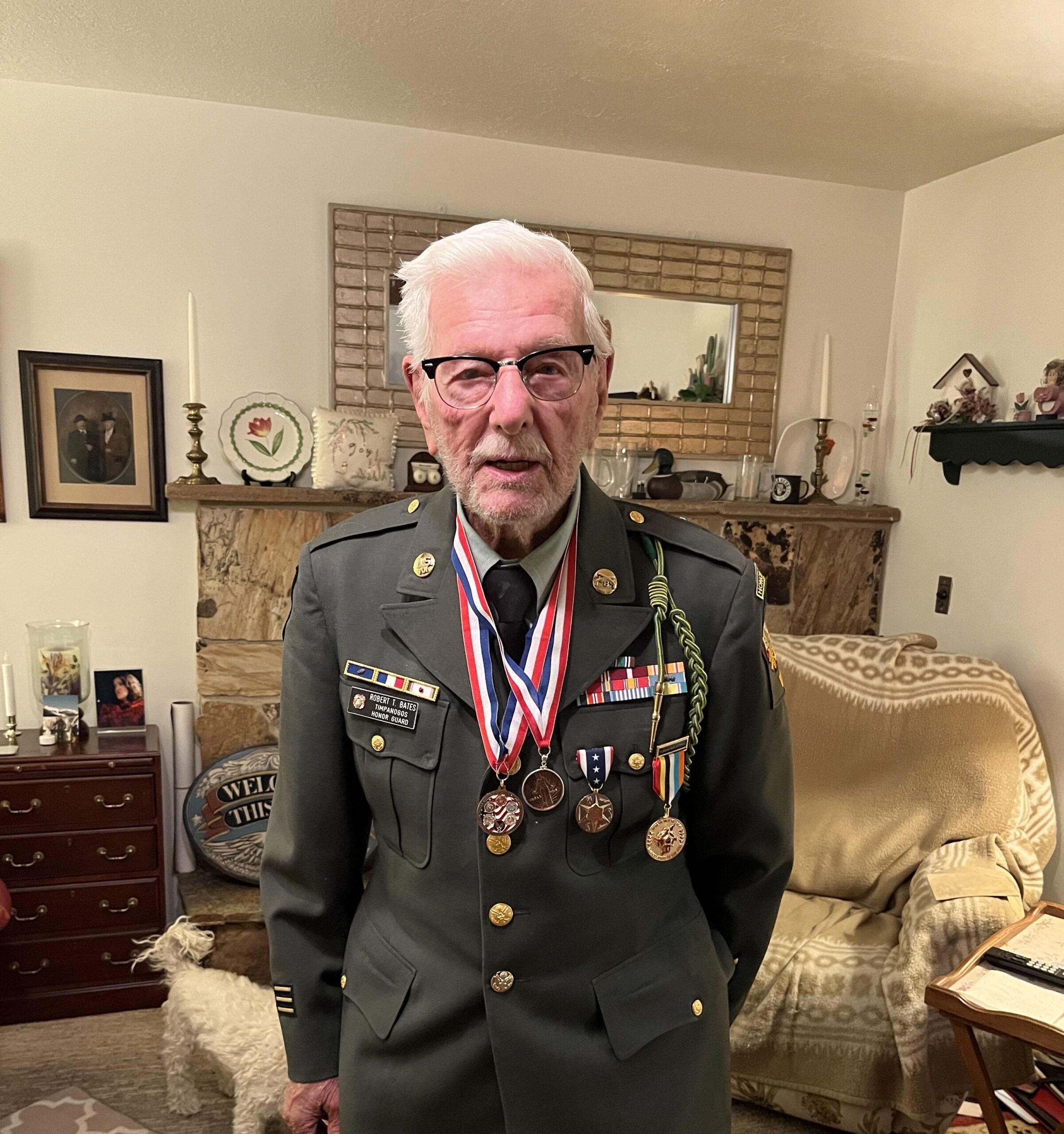 When 95- year-old Robert Bates was 17, he enlisted in the Coast Guard. He lived in Los Angeles and immediately boarded a train bound for New York City. He trained at the Manhattan Beach military training center. His training officer was the legendary boxer Jack Dempsey. Bates said the training was intense and dangerous.

“The cadets were told to jump from a 40-foot tower into a burning pool. Their instructions were complex and detailed. This part of the training prepared them for times when they may have to jump from a tugboat into a fiery conflagration in the ocean. Many trainees died while enduring the training,” recalled Bates.

Bates left New York, went back to San Francisco, and traveled through the Panama Canal and on to the Philippines. “The Japanese in the Philippines would not give up,” said Bates. “It wasn’t until dropping the atomic bomb on Hiroshima and Nagasaki that the Japanese surrendered.”

In 1950, he finished his military obligation with the Coast Guard. He decided to join the army. He went to Fort Ord to complete another round of training. Bates served in the Korean War for three years. He was a member of the 105th Howitzer Company A. 38th Field Artillery Group. “We weren’t equipped to fight in Korea. The area was freezing. I suffered frostbite on my feet, hands, and face and have problems with them even to this day,” he said. While serving in Korea, Bates was awarded three bronze stars and several combat medals.

Bates recalled a time in Korea when his combat group wassetting up howitzers on trucks and jeeps to battle with the North Koreans. He had a distinct impression not to push further down the trail. “I alerted my buddies not to proceed. I got a lot of pushback because of my reluctance to forge ahead. Those who went ahead and disregarded my premonition triggered a land mine. I had to apply tourniquets to save lives. Some I didn’t save,” he recalled.

After his time in the military, Bates worked as a police officer for the Santa Clara, California, Police Department. He later worked for the Coca-Cola Company. After working for the company for 25 years, he was wooed by Pete Harmon of Kentucky Fried Chicken fame to work for him. The famous franchise was headquartered in Utah, so Bates moved to Utah and settled in American Fork.

Before the interview, Bates participated in a fundraising effort for the VFW. He was instrumental in securing a $1300 donation from Macy’s in Pleasant Grove to help the organization. Bates said he loves his work with the VFW. As part of his responsibilities, he attends programs and often speaks about his war experiences to youth groups. He recently spoke at a program at Liberty Hills Elementary in Lehi and was impressed with the respect and behavior of the students.

When asked about his feelings about today’s youth, he said, “Our young people will have a rough time of it. There are so many changes coming.” He was particularly concerned about the character of today’s leaders. “So many of our politicians lie,” he said. “There are two things I do not do. I won’t lie or cheat, and I treat people with respect. Wouldn’t it be a better world if all people were honest and treated everyone with respect?”