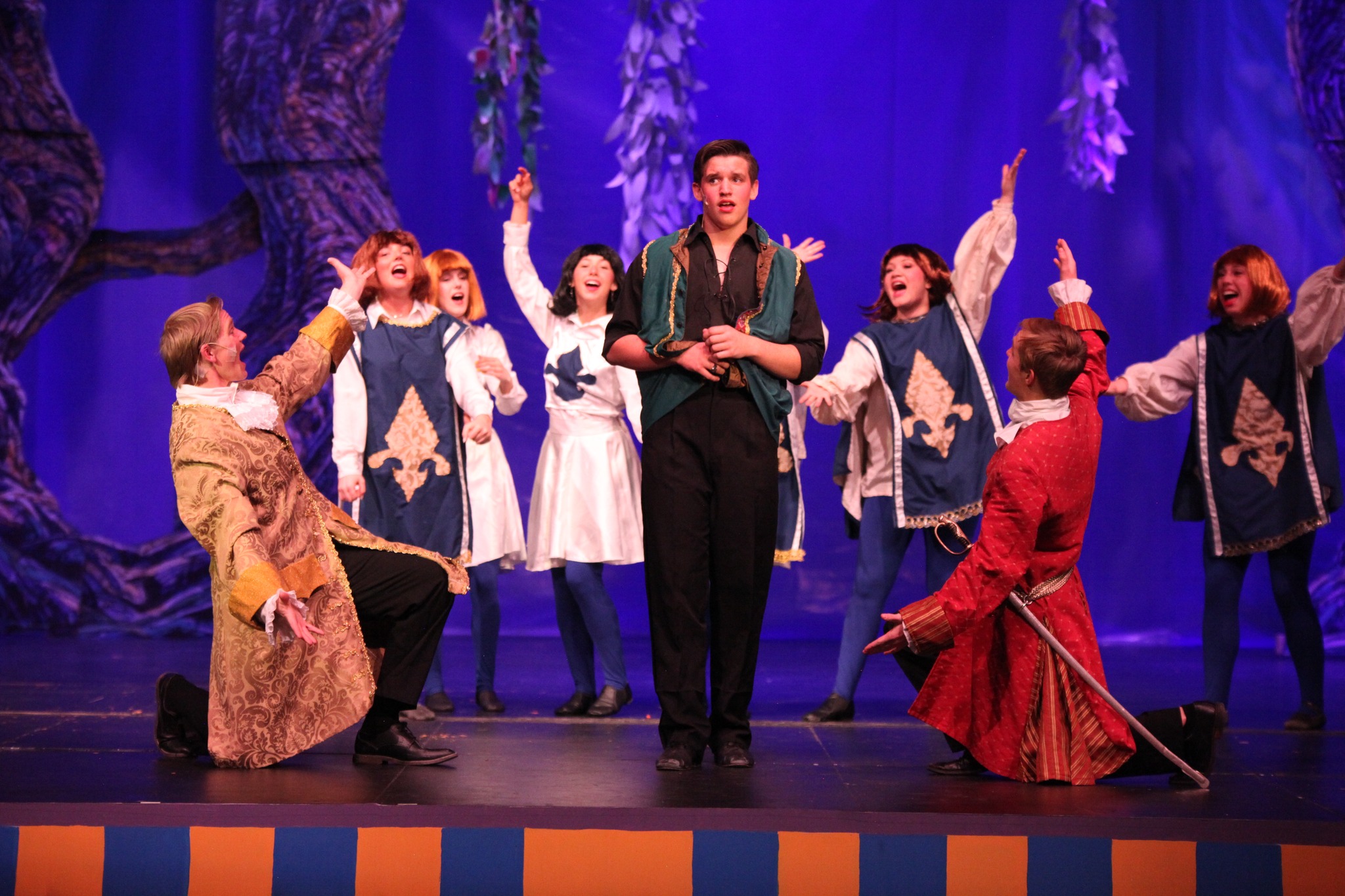 “Everyone in this story changes. Everyone learns from their mistakes and changes. We’re excited to do this version of Cinderella right now,” said Mindy Nelsen, director of Lehi High School’s production of Cinderella. The show premieres tonight, November 17, and runs through November 22 at 7 p.m. with a matinee on November 19. Tickets are available online and at the door.

Lehi High School performed a version of Rodgers & Hammerstein’s “Cinderella” in 2015 with an alumni cast, but in this stage production, the prince, Topher, and Cinderella undergo significant character changes. “The prince isn’t one-dimensional. He has been kept from the truth about what’s going on in his kingdom, and Ella helps bring that to light for him,” explained Nelsen. “Both characters get a chance to learn and grow. There’s a great message that no one should limit their potential.”

Artist Randy Blackburn has created sets that look like watercolor paintings that come to life. “Randy has outdone himself this time. We hope it’s an explosion of color, magic, and wonder,” Nelsen continued.

“Cheryl is great at telling a story through dance – she’s the best,” said Nelsen. Cheryl Allgaier is the dance instructor at Lehi High School and choreographed “Cinderella.”

Auditions for LHS productions are always open to all students, not just those in the musical theater program. “Casting did not go the way I thought it would, and I love that,” remembered Nelsen. “Most of our leads have never been a lead in a show before, which is exciting. I love being wrong – when someone surprises me in an audition, I love it.”

“I’ve been in a lot of shows, but always in the ensemble,” said LHS senior Ella Henderson. When Ella found out she got the part of Cinderella, she cried happy tears in her car. “When you work for something for so long, it’s very rewarding to get to do the thing you’ve been working for. I feel like I’m living my little girl dream.”

“I’ve been in all the shows but never had any lines. I’m always a dancer,” added Emma McAllister. She plays the wicked stepmother called “Madame” in the Rodgers & Hammerstein production. McAllister is also Student Body President. “This time, I have to memorize lines and everything. It was a much different experience. It’s very out of character for me to be mean. Mindy told me part of the reason I’m struggling so much with my character is that she is so mean, and that isn’t me.”

“I love Emma so much, and it’s so weird to hate each other onstage,” Henderson agreed.

“I’ve been in shows since fourth grade. I’ve had leads before because there’s always more demand for boys. This time there was a lot of competition for the part of Topher, so I really prepared,” said Casey Garner, a junior at LHS. “I love this group, and I feel like they depend on me. We’re bonding, and it’s important to me that we make it as great as we can.”

“The ensemble is so important. No matter what part you get, it’s important to the show – when everyone tries their best, it makes the show,” added McAllister.

“The energy onstage is everything. A good ensemble makes a good show,” said Henderson.

“I just love these kids. I love watching what they do. They’re so much more creative than I could be,” said Nelsen. “We do a better job when we listen to their feedback. Kids have great ideas, and they know their characters better than us. When we listen to them, it always turns out better.”