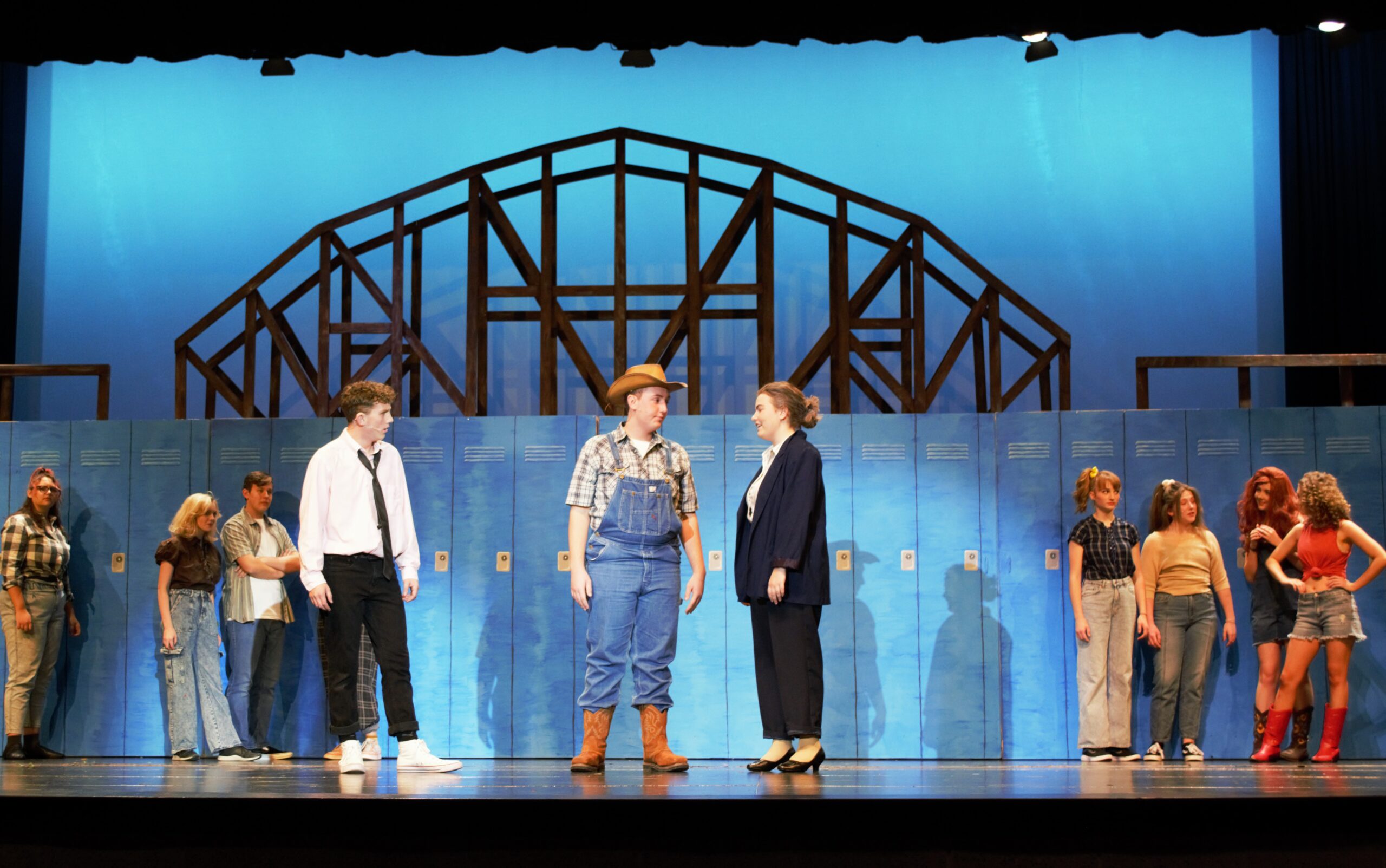 The movie that put the Lehi Roller Mills on the map is coming back to town in the form of a high school musical production at Skyridge starting tonight, Nov. 10. “Footloose the Musical” runs until Monday, November 21 at Skyridge High School with tickets available online at skyridgetheatre.com.

“’Footloose’ is really about two men who have been hurt, who have experienced loss, and are searching for a way to forgive and move forward,” said John Brown, director and theatre teacher at Skyridge. “The dancing is a metaphor for the struggle both Reverend Moore and Ren McCormick have.”

The movie and the musical follow the same storyline. RenMcCormick, played by Justin Rushton in the Skyridgeproduction, moves from Chicago to Bomond, a small town where he doesn’t fit in with the cowboys. Noah Pulu plays Reverend Moore, and Rosie Goade plays his daughter Ariel.

“This is deceptively deep. Ariel is acting out. She’s hurting too and trying to be seen by her parents,” Brown continued. “It’s all relevant and relatable.”

The show features familiar 1980s classic rock songs like “Somebody’s Eyes,” “Holding Out for a Hero,” and “Let’s Hear it for the Boy.”  Of course, “Footloose” is in the musical version, along with new songs that flesh out the preacher’s wife Vi’s point of view as well as Ren’s mother. The female leads have powerful vocals that add depth and heart to the women in “Footloose” and their individual stories – stories that don’t get much attention in the movie.

The men in “Footloose the Musical” give excellent performances, wearing the flannel, plaid, sleeveless shirts of their parents’ era and owning the dance steps while they sing and act. Rushton, as Ren, navigates a fight scene with Chuck on roller skates in one scene.

Instead of a traditional pit orchestra, the Skyridge production features a rock combo orchestra onstage behind the giant set bridge that looks plucked right from the Jordan River at 1500 North in Lehi. John Brown’s son, Chip Brown, arranged music for the show, narrowing ensemble instruments from 15 to six.

“The Fall musical is for the community. It has to be something I like because we spend hundreds of hours working on it,” said John Brown. “The kids have loved it. The parents know exactly how to help with the costumes and hair, and it’s fun for them too. ‘Footloose’ really checks all the boxes.”