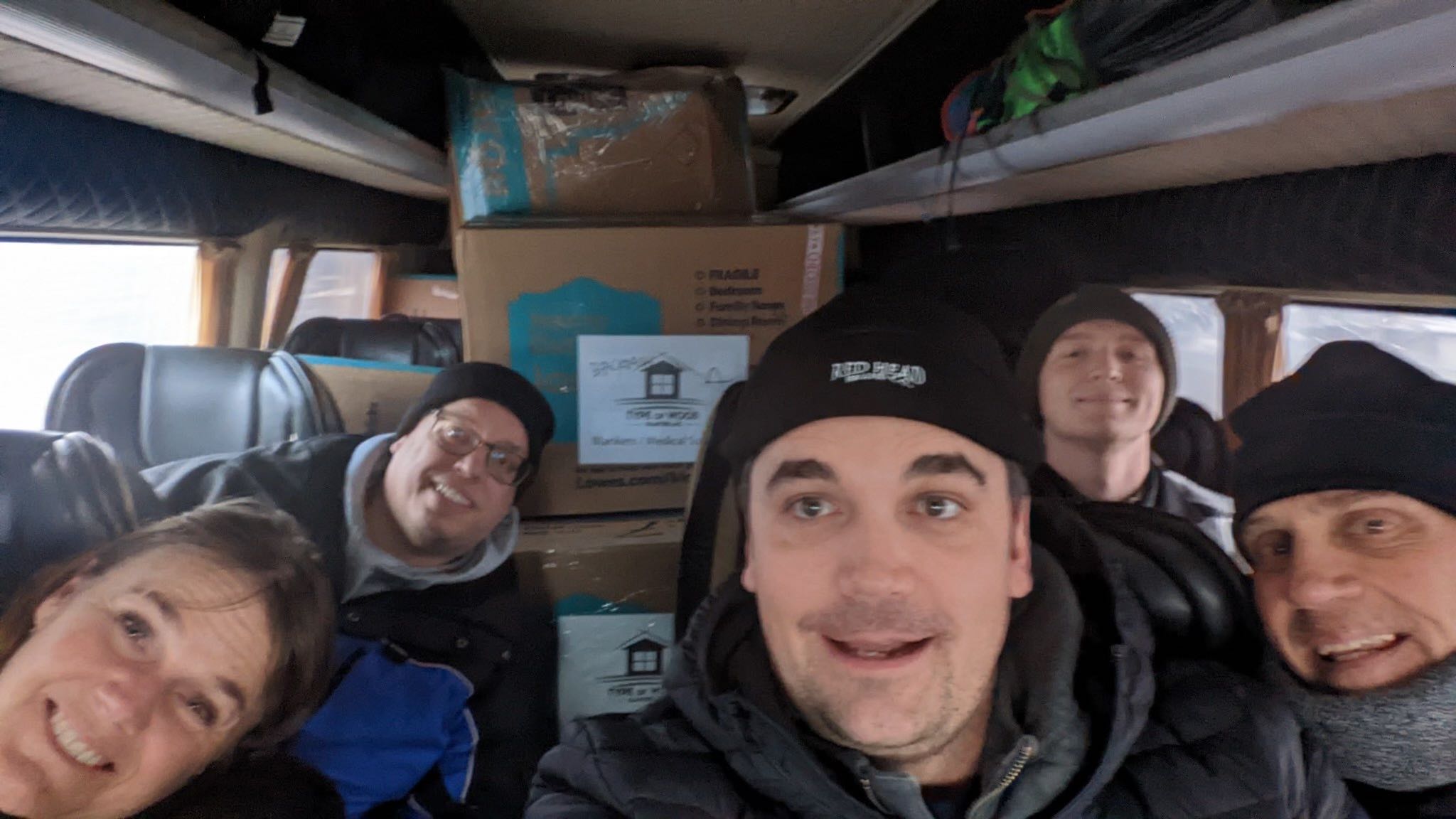 What started as a casual conversation in a church meeting resulted in a 10-day medical mission to Ukraine for Rick and Brandon Howard. The elder Howard is a paramedic instructor at UVU, and his son, Brandon, is Captain of the West Valley City Fire Department medical division. Jeff Petersen, a friend of Rick, had served a mission in Ukraine and talked about his desire to do something for the people in the war-torn country.

The idea spread to several other friends. Within a short time, Marcie Mehl, Sam Gale, Peterson, and the Howards had connected with charity groups and raised over $14,000 in donations to help with supplies, primarily medical, for the people of Ukraine. Marcie Mehl, Brandon’s colleague, was contacted by a Ukrainian citizen urging them to use their medical skills to train Ukrainian civilians on how to treat wounded citizens.

The team flew out on November 26 and landed in Krakow, Poland, one day later.

“Several providential events helped us obtain vans, drivers, and drive to Rivne, Ukraine. There were curfews on vehicular travel,so we had to get to our destination before the curfew. We got to Kyiv and found the LDS temple. The temple was dark to prevent being targeted by the Russians. We unloaded some of our boxesthere,” said Rick.

One of the happy highlights of the trip was unboxing hundreds of Beanie Babies donated by an avid collector, Rozanne Barnes. The toys were distributed to children in the patron housing areanear the temple. There were squeals of delight as they handed out the iconic stuffed toys to the children.

A photojournalist from the area organized the 12-hour drive toPokrovk, where the medical training was planned. Ivan, the photojournalist, and a local named Peter, with Christian Health Ministries, helped guide them to their destination. A police escort was provided as well. An ambulance took the medical supplies to the “Medical Police,” mostly civilians. Thankfully, the group was not in as much danger as military personnel, who are constantly targeted by the Russian military.

“The training began almost immediately. The French had been doing much of the medical training, but the Ukrainians in the Medical Police wanted to be trained by Americans. Our interpreter, Yana, was exceptional. We trained the attendees in sewing wounds, packing wounds, triage procedures, mass casualty and more,” explained Rick.

“We used the MARCH method. The Mnemonic stands for Massive Hemorrhage, Airway, Respiration and Circulation. This is part of the Tactical Combat Casualty Care (TCCC). This approach revolutionized our approach to trauma by utilizing evidence-based medicine. A general from the Dansk region came to observe our training and invited us to lunch. It was evident from the Ukrainians how much they appreciated our work.”

A group called the “White Angels” was also there for the training. They were a collection of many diverse citizens who wished to help serve their friends and neighbors who had experienced tragic bombings and life-threatening injuries.

Regarding the White Angels, Rick said, “They had a passion for saving lives. I felt like we were feeding them with a fire hose,and they took it all in. They couldn’t get enough information. We were treated like royalty while we were there. A large Ukrainian man named Rustam wanted to learn enough to train more of his own people. We told him we were going to make them experts.”

The group boarded their planes in Krakow and arrived home on December 7, all vowing, “We will go back.”