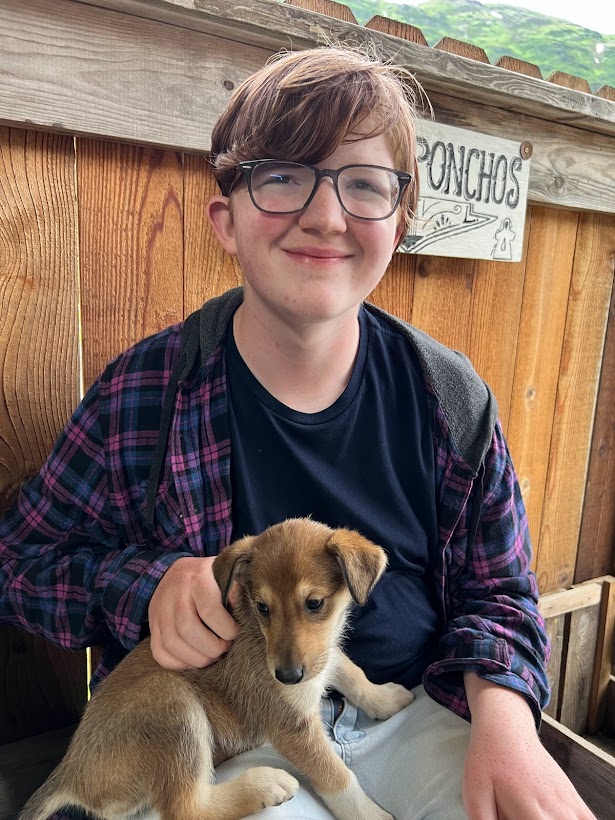 Declan Newall’s parents, Heather and John, noticed that when he was two, he had trouble with his speech. “He couldn’t recognize he was saying things wrong,” said Heather. They knew something was wrong but didn’t know what it was. He was involved in several speech therapy programs, but it wasn’t until he was in fifth grade, working with Dry Creek Speech Therapy, that he was diagnosed with apraxia of speech.

Apraxia is a brain disorder, sometimes associated with autism. The cause can be genetic or due to an injury. The Newalls are not sure what caused Declan’s apraxia but have been relentless in finding ways to help their son overcome this disability. According to Heather, “Apraxia has not only affected his ability to produce sounds but his ability to do anything phonetically, reading, writing, spelling, everything that touches language. He learned to read by memorizing. His teachers could not understand him.”

Declan has been involved with speech therapists since he was two. “He worked with a private speech therapist once a week,and we worked with him every day. Finally, in 8th grade, he could produce sounds that were difficult for him during his previous years of education. I will never forget watching my 13-year-old son learning to sound out three letter words and trying not to cry as I realized he made it through nearly nine years of schooling to be able to master something he started learning in kindergarten,” shared Heather.

As a high school sophomore, Declan now plays three windinstruments, bass clarinet, clarinet, and saxophone, along with the piano. He is a member of Skyridge’s marching band. He maintains a 4.0 GPA and is taking advanced placement and honors classes, including Honors English. His math skills stun his teachers. He devised a formula for determining square roots and learns computer programming languages for fun. “He is Twice Exceptional (2e) as he is both intellectually gifted and has a learning disability. He qualifies for both gifted and disability learning services, a rare occurrence found in less than .5% of the population,” continued Heather.

“It took a decade and hundreds of therapy sessions for Declan to be able to say all of the sounds and to be able to recognize errors in his speech,” said Heather. Last year his speech therapist said he is thriving and ready to be released from his IEP and speech services. Declan will no longer be in any services for the first time since he was two years old.

“Not only being an amazingly hard-working student, but he is also a kind-hearted and loving person,” said Heather. “I have always worried about him being bullied and his ability to make friends, and yet he has never shied away from putting himself out there. He steps up and helps others. He is an active and fearless participant in all his classes. He started gaming groups and always has other kids who want to hang out with him. He sings loud, proud, and even more so when he’s not on key; something I love about him.”

Those who know Declan and his family are lavish in their praise of him and his family. Friends and neighbors comment: “He is an amazing kid!” “He is so incredibly inspiring,” “He is such a rock star!” “Incredible! What a champion!”