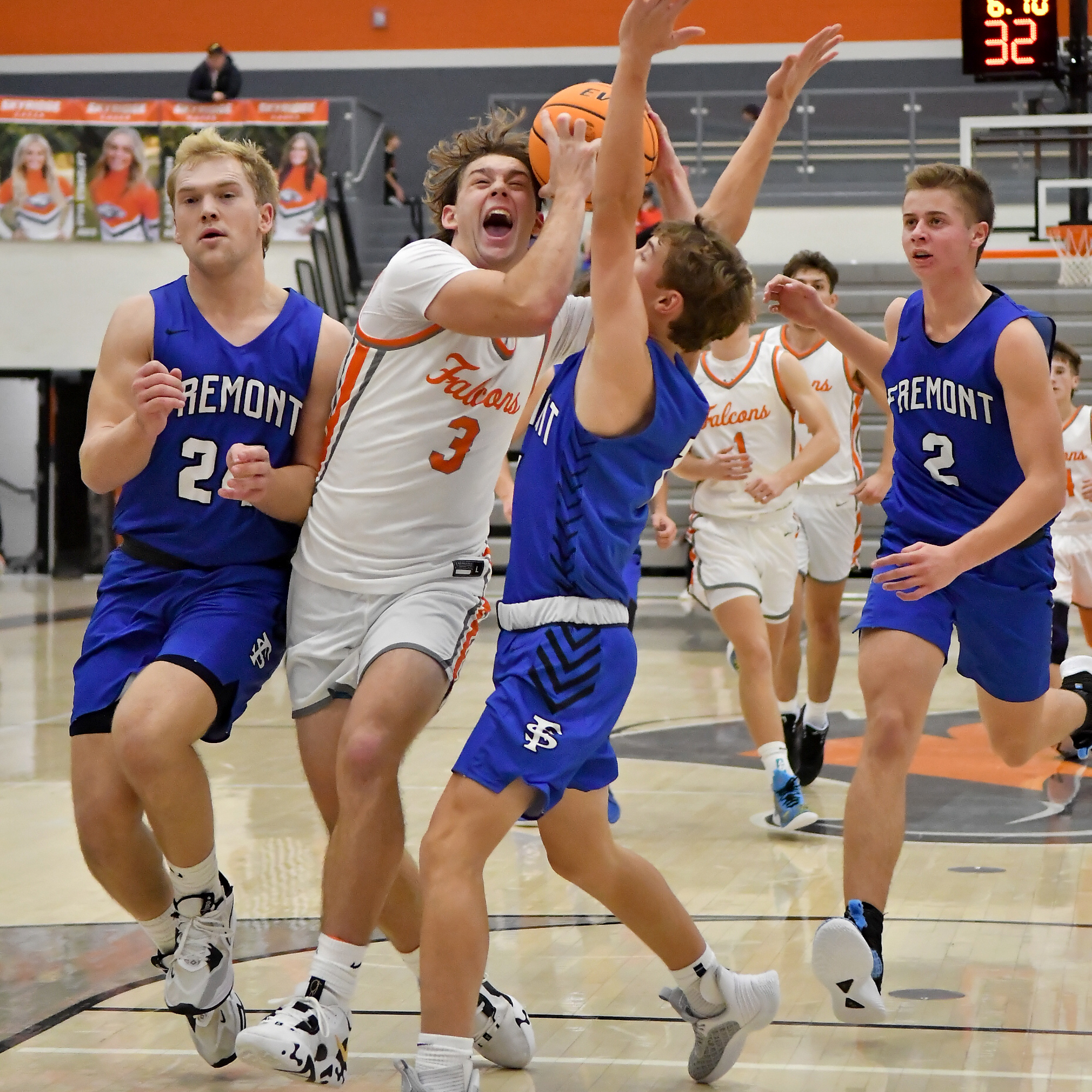 The Skyridge boys basketball team finished as the consolation runner-ups in the Silver Division after a weather-shortened appearance in The Classic at Damien last week in California.

The flight the Falcons were planning to take to Los Angeles was cancelled along with hundreds of others on Dec. 26, so the team had to drive instead and endured enormous traffic jams trying to reach the tournament venue.

Skyridge was forced to forfeit the first game because the team didn’t arrive in time to play it, so it was dropped by default into the consolation bracket but then played through to the final.

It took a little while for the offense to get going against the Wildcats and the Falcons trailed 11-14 at the end of the first quarter. However, they made a 20-point surge in the second and held Whitney to single digits in each of the final three periods to get the big victory.

Skyridge was up by 10 at the half and continued to widen the gap to the end of the contest. Nine players scored led by senior guard Mason Hunter with 19 points plus seven rebounds. Senior guard JJ Jory converted three triples and finished with 11 points and four boards.

“After a 16-hour travel day which included a canceled flight, we played Whitney out of Sacramento,” said Coach Jeff Gardner. “They were 9-3 and were a solid opponent. After a back-and-forth first half we used a 15-point run in the third quarter to take control of the game.

“Our 2-3 zone was very effective in protecting the paint and forcing them into perimeter shots,” the coach continued. “JJ Jory had some big threes, and Tate Larson and Davis Fyans did a great job handling the press.”

The teams dueled through a tight first half. It was 14-all at the end of the first and the Bears had a slim two-point advantage at the break. They pushed the margin to 10 in the third quarter but were then held to a single point the rest of the way.

Hunter accounted for nearly half his team’s scoring output with 25 points including two buckets from long distance and also had four rebounds. Jory again canned three treys among his 11 points with three boards.

Jensen had seven points, three rebounds and a block, Hansen added six points, five rebounds, five assists and a block in an excellent floor effort, while Larson made seven gives.

“We started slow and trailed by 10 midway through the third quarter,” Gardner said. “We ended up going on a 22-1 run to end the game.

“Mason Hunter excelled offensively and held their top scorer to two points in the second half,” he said.  “Cannon Jensen had a good game on the boards and a couple of big baskets.”

The Saints were in control most of the way in the consolation championship final, though they were never quite able to put the Falcons away. It was a total team effort for Skyridge as eight players scored, nine grabbed rebounds, eight made assists and five had steals.

Hunter led the offense again with 16 points and six assists and was named to the All-Tournament team. Larson sank four from long distance for 12 points and had four rebounds.

“Our last game was against Crean Lutheran,” Gardner said. “They were a top team out of Irvine and shot the ball exceptionally well against us. They ended up going 15-for-25 from beyond the three-point line.

“We continued to battle throughout the game and had opportunities late to cut the score to a one-possession game,” the coach added. “Tate Van Komen had an outstanding game on both ends of the floor and Cy Hansen had some critical baskets in the second half.”