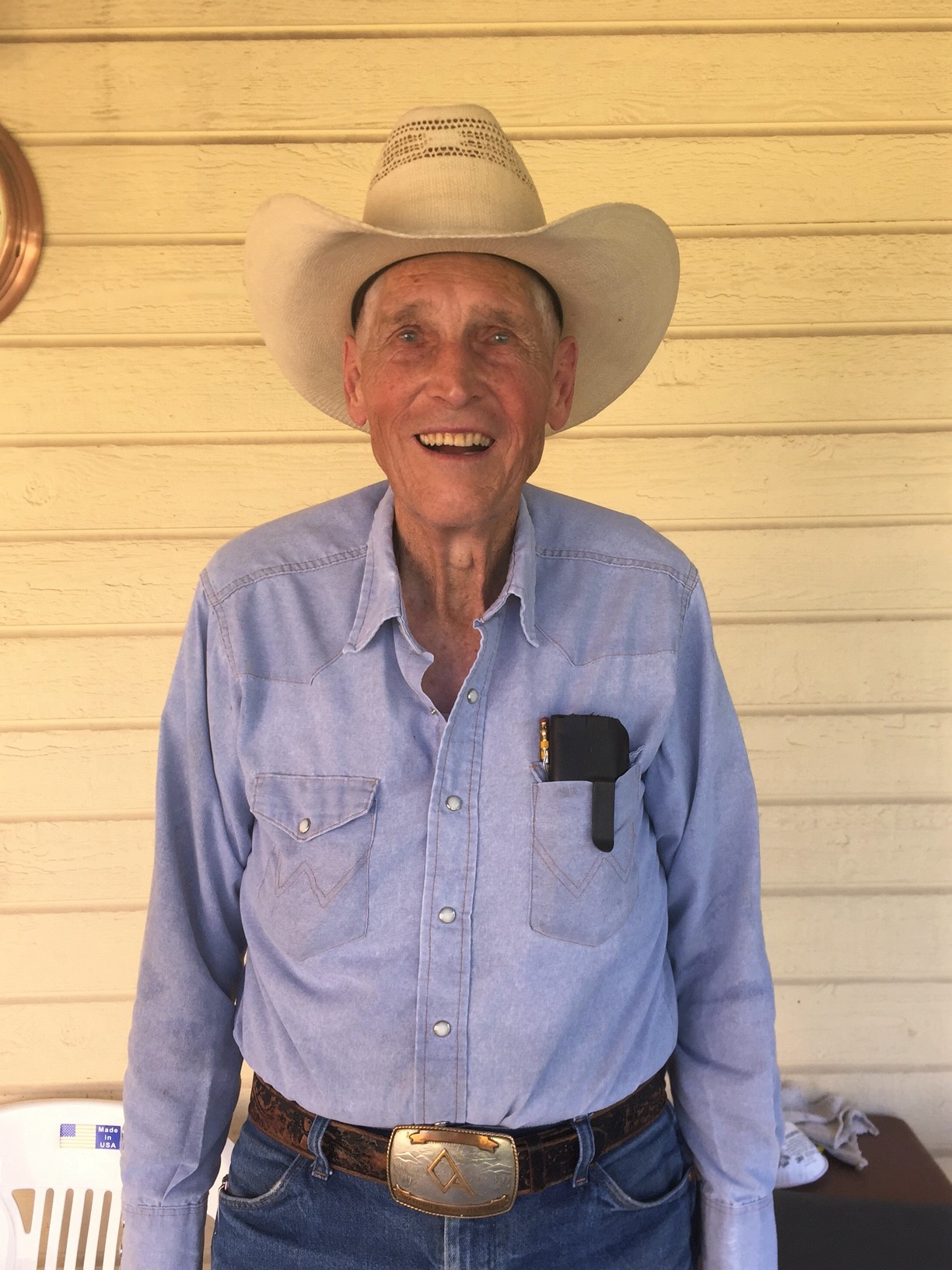 It’s taken years of work and effort to get the Lehi Round-Up to where it is today. There have been many people who have contributed their time and efforts, but none more than Melvin Anderson and his wife Donna Anderson.

Mr. Anderson served on the Rodeo Committee for 50 years, from 1958-2008. When asked about his favorite part of helping with the Lehi Round-Up, Anderson said, “I enjoy driving my horse and buggy the most, as well as riding in the stock parade.” Anderson starts preparing for the Round-Up celebration in March and April to be ready by June.

Anderson has always believed in being engaged in Civic affairs and volunteering in the community. He started helping out with the Rodeo as early as the summer of his junior year at Lehi High School in 1949, putting bumper stickers on cars with Dean Prior. Almost every year he has pulled the Grand Marshall with his horse and buggy in the stock parade and on the rodeo grounds with his horse Shotgun. Now he drives his buggy with Sunny, his current horse. Anderson said that most importantly he enjoys his association with the many volunteers and friends who also help and contribute to the annual event.

Anderson not only contributed to the Rodeo for half a century, but he also built the current Silver Band Wagon. He and Dick Cole, as well as numerous other helpers, started working on the wagon on January 2, 1997 with two 4×6 planks in the shop he has now. He worked on it almost every day, 6 days a week, until they finished on June 23rd, 2 days before the parade. Anderson has been the President of the Lehi Sons of the Utah Pioneers, built numerous other carts and wagons used in Lehi parades and events, was a Lehi Historian, was instrumental in bringing the Austin Pioneer Cabin to the Hutchings Museum, and served as a director of the Lehi Civic Improvement Association for 22 years, from 1986-2008. It’s people like Mel Anderson who step in, volunteer and take charge to keep our wonderful tradition of the Lehi Round-Up celebration a success.