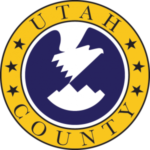 Two candidates are vying for the Republican Party nomination for County Commissioner. Their campaigns have taken a very different tone from what voters are used to seeing in political races. The candidates have posted pictures of their families spending time together, and both speak highly of each other.

“We just want to talk about issues,” said candidate Nathan Ivie. “We’re tired of the nastiness because it’s destructive of our republic.”

Opponent Casey Voeks agreed, saying they’re both glad to have two good candidates on the ballot. They sometimes call each other to commiserate about the ups and downs of their campaign. Plus, he said, “My kids think his ranch is the coolest. They’ll be working on it when they’re older!”

Ivie joked, “Casey is a friend, and when I’m Commissioner, I’m going to ask him for his ideas.”

While they share similar values, their backgrounds are very different. Voters will choose between them in the Primary, which will be held Tuesday, June 28. Early voting is open at select locations through Friday, June 24.

Growing up on a small one-acre ranch in Bluffdale, Nathan Ivie heard plenty of political talk in his home. His father served as Chief Building Marshal and as Fire Marshal of Park City over the course of several decades, and his family worked on their land.

“I worked on the ranch as a kid,” said Ivie. “I started training horses when I was 13 years old.”

Today, he lives in Benjamin and manages 1,000 acres of ranchland, including a large equestrian facility which he built and developed. He has been married to his wife, Stephanie, for ten years, and they have two children.

Ivie, who has served as a precinct chair and currently serves on the GOP State Central Committee, expresses a deep sense of appreciation for the founding of the United States. He speaks with reverence of his ninth great-grandfather, who settled the Shenandoah Valley in 1728. “I believe in the idealism of America,” he said. “You are a culmination of the dreams of your ancestors. I feel a responsibility to make sure my children have the same opportunities and blessings as me.”

Living in an unincorporated area of Utah County, the County Commission is the most local body of government for Ivie, effectively his city council. The decisions made by the Commission affect people in his area most quickly because there is no city layer between them.

As a Commissioner, his priorities would include natural resource management, transportation, public safety, and keeping taxes low.

On natural resource management, he would focus on conserving, storing and properly managing water, along with managing land resources to protect local food sources. “The role of government is to protect life, liberty and property,” he said, describing a proper commission focus on law enforcement. On the matter of taxes, he said, “We’re the lowest-taxed county in the state. It needs to stay that way.”

Few people have experienced as fast a business or political trajectory as Casey Voeks, who was just named as one of Business Q’s “40 Under 40” in Utah Valley. The founder of InfiniD Learning, also known as the Discovery Space Center, he first ran for office six years ago at age 21, when he ran unsuccessfully for the Alpine School Board.

After that experience, he began a radio show and got to know Mia Love. He became her deputy campaign manager and eventually ran her 2012 campaign for U.S. Congress. At the conclusion of that campaign he ran a campaign in Arizona, then returned to start his business. While the business was taking off in 2013, he ran and was elected to serve as Chairman of the Utah County Republican Party, where he became known for his personal accessibility, increasing transparency and defending conservative principles.

Voeks was born in Provo and raised in Orem and Lehi. He served for a time on the Lehi City Board of Adjustments, where he advocated for protecting private property rights, and as Secretary of the Alpine School District Community Council. He was married earlier this year to Kathryn, becoming the adoring stepfather of her four young boys. They now live in Eagle Mountain.

Voeks believes that local government is where the rubber meets the road. “If you really want to make things happen, be a Commissioner,” he said. When he served as the County GOP Chair and as a radio show host, he found that he was limited to commenting on issues.

His main focus as a Commissioner would be on transparency. He discussed the need for the county to make agenda items public before meetings, and to provide video recording of meetings. He would make it a priority to change the meeting time from 9:00 a.m. on Tuesdays to a late afternoon time, which would allow people to attend without greatly interfering with work. “Once you get transparency taken care of, then you can gain the public trust,” he said.

He brings his experience as a successful executive, and one who knows the political process very well, to his list of qualifications. “I’m ready to hit the ground running.”