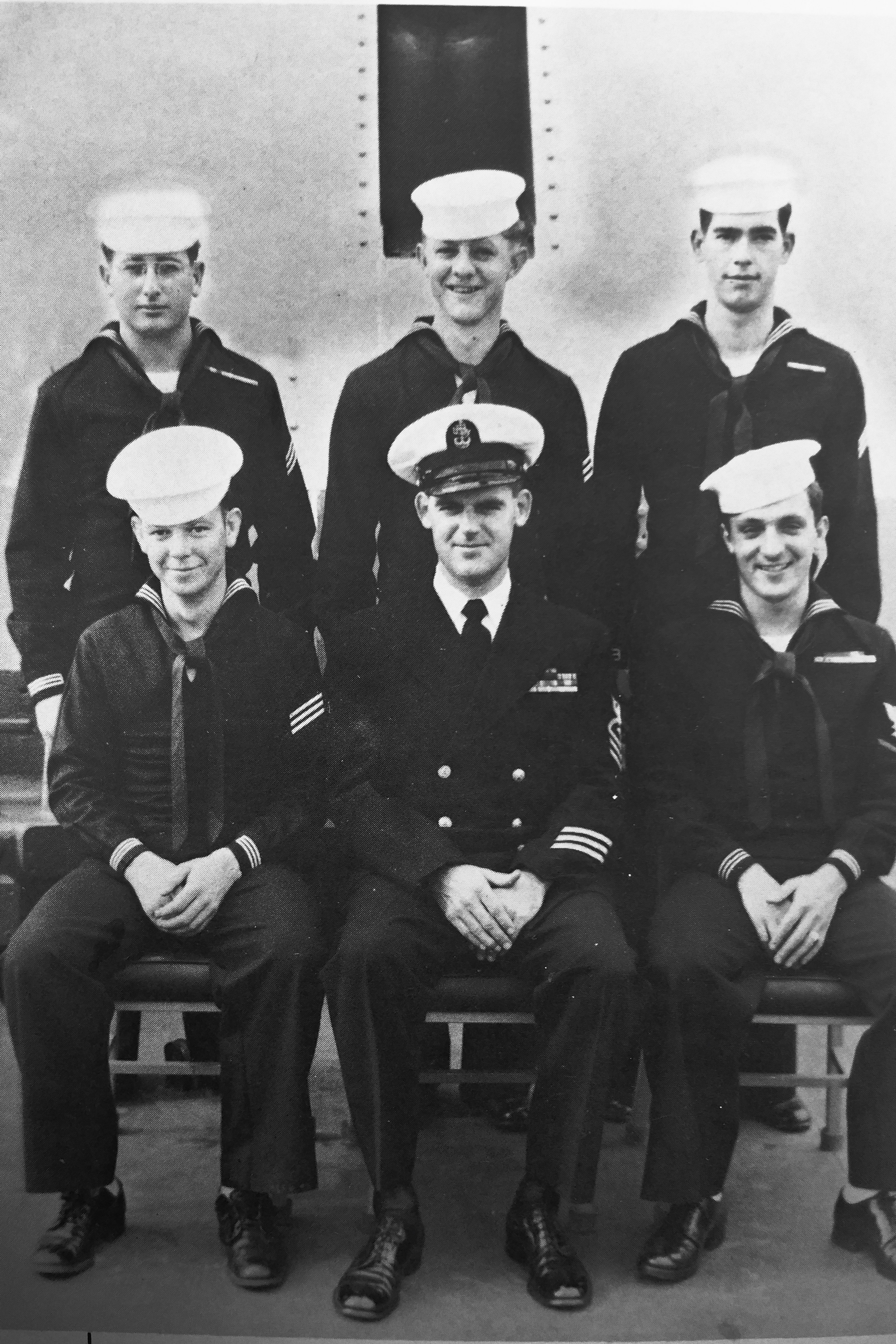 One of Boyd’s friends joined the army. Not to be left behind, Boyd tried to join too, but at sixteen, he was too young to enlist. He waited until his 17th birthday and then with a church blessing record in hand (he did not have a birth certificate) he enlisted in the army.

In January of 1947 he was stationed at Fort Douglas in Salt Lake City and from there went to Fort Ord, California where he completed his basic training.

Wilkins relates the following story. “While in basic training there were about a dozen men that achieved ‘expert rifleman’ status. I was one of them. I even got a carton of cigarettes for this achievement. One day at the shooting range I had my fingers in my ears. The commanding officer yelled, “Soldier, get those fingers out of your ears. It’s not going to hurt you. I yelled back, ‘Oh bullshit!’ I had to scrub the supply room floor and lost all liberties.”

After basic training, Wilkins was sent to Beaumont General Hospital in El Paso, Texas. He worked in the kitchen as a cook. He was surprised at the assignment. He had a buddy who had been trained as a neuropsychiatric technician and Wilkins was intrigued to see how military service affected the soldiers. There was no competition for this alternative assignment so Wilkins was allowed into the medical corps. He would pick up troops that were coming back from overseas and take them to the hospital. Some had severe injuries and some would have what was then called “battle fatigue.” Some who suffered from this ailment were put in strait jackets because they were so violent.

While working in the medical corps he witnessed an autopsy of a paratrooper that had been shot 38 times coming down from the plane. The body was being prepared for an autopsy when the soldier woke up! Wilkins also witnessed his first skin graft. The soldier’s hand was taped to his nose for a very long time while skin grew in the area needed. That was the nature of medicine in the late 1940’s.

Corporal Boyd Wilkins served in the army for 18 months. He was honorably discharged and received $300 in muster pay out. He also received a letter from Governor Herbert B. Maw welcoming him home. Another perk was a year’s exemption from paying Utah State taxes for his 18-month service.

Wilkins attended Salt Lake Barber College to learn a profession. He would hitchhike to Salt Lake every day. He obtained his barber license and was anxious to begin his career.

Lehi had a National Guard artillery unit before WWII but the war took the unit to fight overseas. After the war, the Lehi National Guard unit resumed and Boyd decided to join along with other WWII veterans. Lehi veterans who started the unit were Sherwin Allred and Maurice Dahl. Allred was first sergeant. Wilkins joined as a platoon sergeant.

He was sent to Fort Belvoir, Virginia where he trained to be a heavy equipment operator. He served in the National Guard for two years.

One of Wilkin’s friends, an ex-marine, convinced him to join the navy. In May of 1954, both men joined the navy. They didn’t have to attend boot camp since they both had served in the military before. His friend was sent to the Hawaiian Islands and Wilkins was assigned to the USS Brinkley Bass. While on this destroyer, he went to the Philippines twelve times, Hong Kong seven times, Manilla Bay, Australia and locations all over the Pacific. He saw all the sunken ships from the war. He also saw the biggest battle ship the Japanese were building at the time. Before they finished putting the guns on it, the United States sunk it.

The Brinkley Bass helped preserve peace in the Pacific. All the sailors on the ship received the China Service Medal. Wilkins also received the Naval Occupation Service Medal and the Good Conduct Medals for both the Navy and Army.

The Navy felt Wilkins had been on the Brinkley Bass too long. He was given a choice where he would like to go, and he was given his 3rd choice– Hawaii. He spent the next 18 months in Hawaii where he worked in the barber shop and the Navy Exchange Store. While in Hawaii he married, a Hawaiian woman named Salala. He had two children while there, Kalani and Aleakia.

Wilkins returned to Lehi and built a house for his family. He eventually had two more children, Kaipo and Rosanna. Salala passed away at the age of 38. This left Boyd a widow at a very young age raising four children alone. To support the family, he worked two jobs, running the barber shop on State Street at night and working at the State Training School (Utah State Developmental Center) during the day.

He met Carol Morrison while working at the Utah State Development Center. They married and combined two families. There were 5 boys and 3 girls. They lived and worked on the Wilkin family farm, which is now a 100-year-old enterprise. Today Wilkins continues to farm his 16 acres with the help of his family.

From time to time he is still called upon to cut hair. In fact, during the 2002 Olympics he was asked to go to Camp Williams as a barber for the athletes.

Wilkins is now an 87-year-old veteran and is passionate about his service in the military. He entertains his grandchildren at the farm and serves his community. He is an example of heroism and sacrifice for his family, friends, and citizens of Lehi.