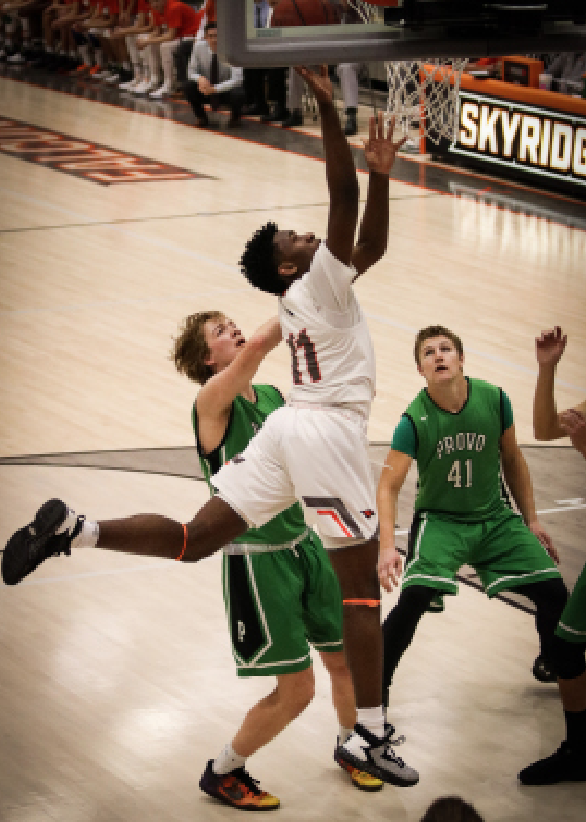 On Friday, January 20, the Skyridge boys basketball team played Provo High School at Skyridge in the Main Gym at 7 p.m. In an intense battle for the ball, both teams played exceptionally well, staying neck and neck the whole game. In the end, the Falcons scooped up the victory with a score of 76-70. Team captain, Jensen Hawkins, says of the game, “We played well as a team, and it payed off. I think if we stick to what our coach says, and do what we need to on and off the court, we will continue in our success.”

The Skyridge girls basketball team also played Provo High at Skyridge on Friday. The girls team showed consistency as they scored anywhere from 12-17 points during each quarter of the game. After a long game against the Bulldogs, the Falcons won, with a score of 57-44.