Bull elk spotted in Lehi field, then killed on I-15 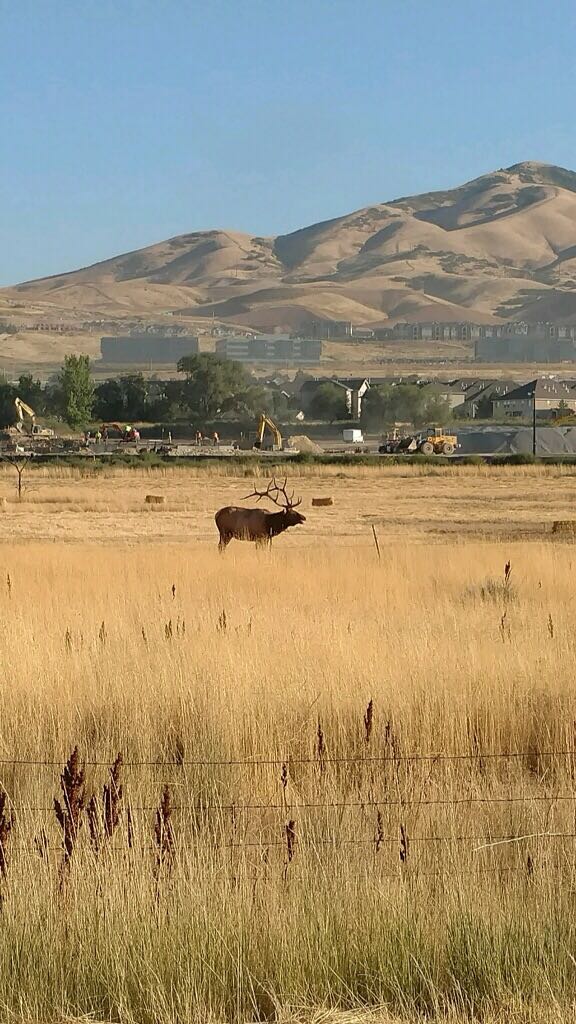 A large bull elk was spotted early last Monday morning, September 11, in a field just north of Lehi Block and west of UDOT building. For whatever reason (presumably the rutting season), the elk decided to cross 1-15. Traffic was at morning rush hour levels. Remarkably, the elk made it across northbound lanes and through the median but was struck by a southbound pickup truck, causing extensive damage to both truck and beast.

Houston gets help from Lehi residents