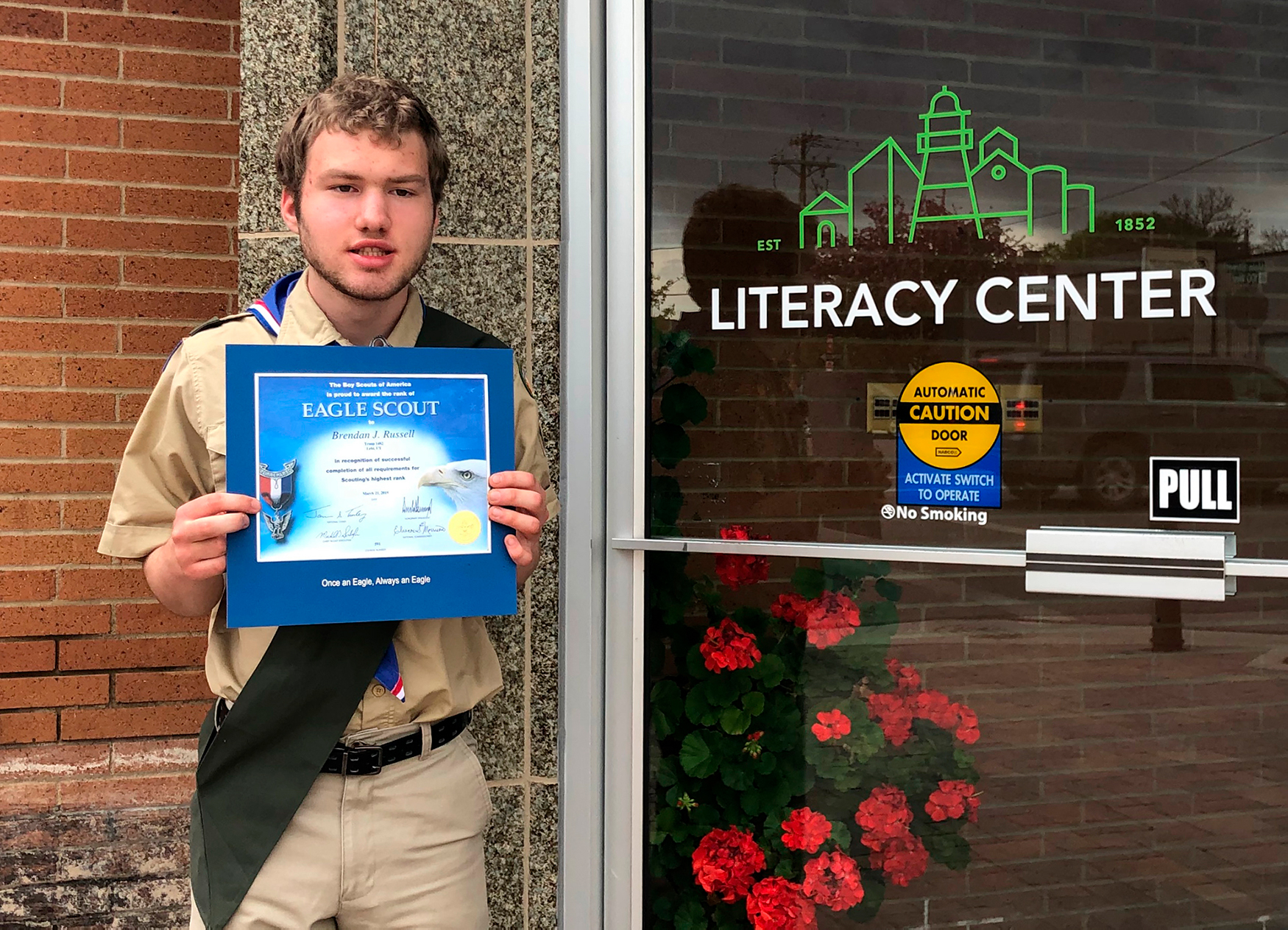 Brendan Russell, 17, is getting ready to finish his senior year at Lehi High School and like most kids, is looking forward to his future. Brendan plans to go to college and will start taking online classes this summer to fulfill his dream of becoming a videogame designer.

“I like to play video games, but I also like draw and write, and I am pretty good at making friends,” said Brendan, who has over a 3-point grade average. Brendan, who is on the Autistic spectrum, has decided to make the most out of his life and recently received his Eagle Scout award after completing his Eagle project of designing and building storage bookcases at Lehi’s Literacy Center. “We built new walls, reconfigured shelving and did some painting,” he said.

Brendan starting scouting as a boy and especially loved to camp and hike with his scout troop. “I loved camping and looking up at the stars at night,” he said. Brendan’s favorite merit badges were geocaching and woodworking. “Scouting also taught me how to cook and take care of myself and to become a good person.”

Brendan plans to use some of the skills he learned on scout campouts and geocaching to create a video “adventure” game. “I have already been planning out the videogame I want to make,” Brendan said.

Brendan’s mother mentioned how he overcame both developmental and speech delays as a young boy. “I am proud of all that he has accomplished so far,” said his mother, Brenda Russell.

The Russell family wanted to share Brendan’s story to help increase understanding and acceptance of people with Autism.