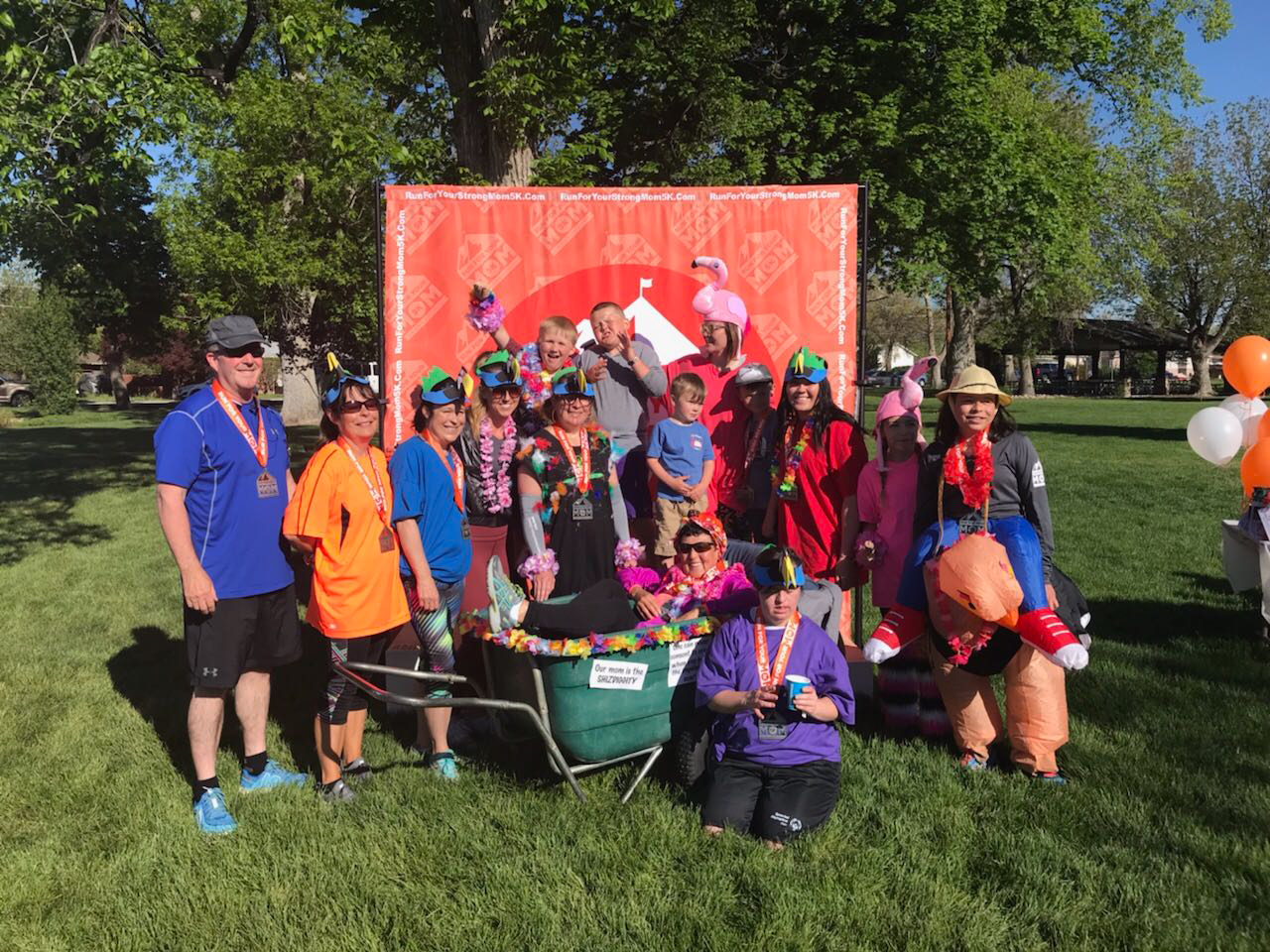 The first annual Run for Your Mom 5k was held last Saturday at Wines Park in Lehi. Race organizers John Lewis (son of the late Peggy Wilson Lewis) and Keb Wilson (son of the late Jayne Wilson) created the event to honor the legacy of their mothers, who were each lifetime Lehi residents.

Hundreds of racers, young and old participated on a near-perfect crisp Spring morning. John Lewis acted as emcee and introduced the event. “We want to honor all mothers, some who are living and some who have passed, for the ways they have positively affected our lives,” said Lewis.

Some runners had photos of their moms attached to their shirts, and some wrote notes to mothers who inspired them. The Facebook page for the event says, “Come run for your strong mom. Peggy Lewis and Jayne Wilson were strong, loving, dedicated mothers who left a legacy. Make this event an annual tradition and come celebrate your Mom.”

One mom was honored after the race, Ranell, from Eagle Mountain. Shewas an avid long-distance runner until she was diagnosed with cancer a few years ago. Due to the adverse effects of cancer, she is no longer able to participate in running events. Her children pushed her through the racecourse, and she walked across the finish line with the aid of a cane.

“It was such a great day; I really enjoyed running the race and everyone was so happy and encouraging,” said race participant, Jessica Frost Mitchell. John Lewis, in explaining the purpose of the race, said, “it’s just about taking one step at a time and pushing yourself a little bit further.” Sounds like good advice–from your mom.