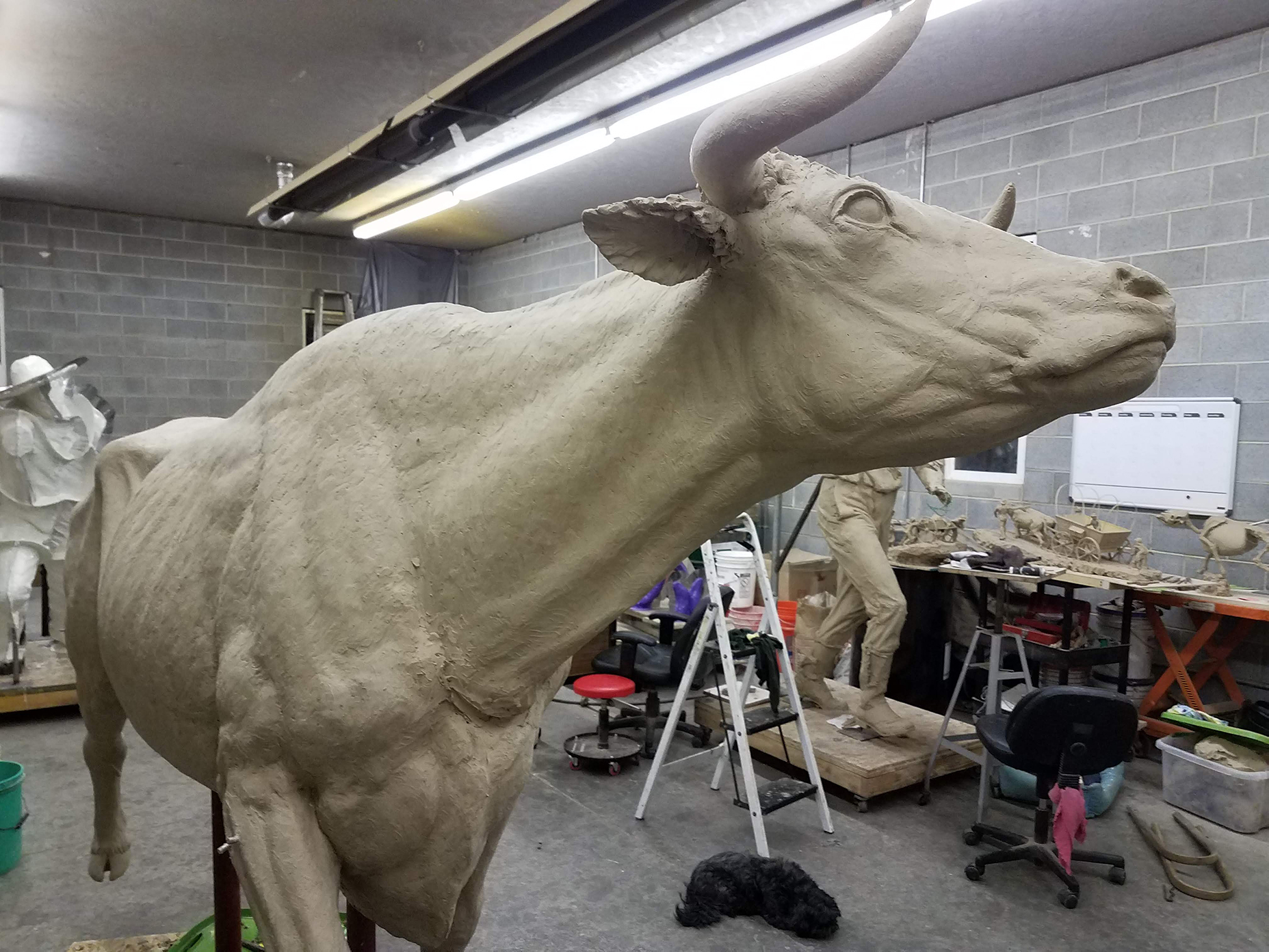 Ellis Ivory, Executive Director of This is the Place Heritage State Park, does not think small. He had a vision and desire to create for generations of visitors to the park, an inspiring experience that would represent the trials of the pioneers who traversed the harsh plains and settled in the Salt Lake Valley.

Over a year and half ago, Ellis met with Niels Valentiner, architect for VCBO Architectural firm, to discuss an idea for a temple project. Valentiner had been involved in the design of the temple for the Church of Jesus Christ of Latter- day Saints in Rome along with the Salt Lake City Library. There had been talk by local leaders about the idea of creating something to commemorate the “Days of ’47.” The idea of some kind of monument gained momentum with Ellis and Valentiner. Stefanie and Roger Hunt, a husband and wife team who had done work for the Church, were involved in the discussions and showed Ellis and Valentiner some of their ideas, and the two men liked what they saw.

After much negotiation, work, and planning, Valentiner said, “It looks like this will happen.” The idea was to create, in bronze, a life-size depiction of pioneers with wagons, handcarts, adults, youth, and children. A total of over 20 pieces would be in the display. The task seemed daunting and expensive.

The Hunts were commissioned to sculpt the scene. Roger had been affiliated with many local sculptors for over 40 years and had been instrumental in the founding of Bronzeworks of Lehi, later to become Metal Arts Foundry. The Foundry was chosen as the place for the work to be done. Kevin Maag owner of the business, and friend of the Hunts said, “I can give you space and people.” All told, 25 individuals at Metal Arts Foundry have been involved.

One year ago,in June, the project began. “Making pieces this large is complicated,” said Roger. “Every piece has to be sculpted in clay on a metal frame. Because of the size of the figures, they had to be sculpted in pieces.”

Jared Neves, Assistant Director of Meta Arts Foundry, explained that the system involves painstaking precision. Once the molds are made of wax, ten coats of ceramic forms an outer shell. “It takes ten days for the shell to cure. The wax is melted out in the furnace leaving just the shell,” continued Neves. “The ceramic shell is then dipped in bronze.”

Roger Hunt explained that all the pieces have to be welded together. “The welds have to be sanded and made perfect. I am a production guy. I know how to get this done. My wife and I are a great team,” he said.

“This is a remarkable achievement. I might even say ‘miraculous.’ At times, I marvel, ‘How did we do this?’” concluded Hunt.

The bronze pieces have been delivered to This is the Place Heritage Park. “There is a lot of landscaping to be done. We want the wagon to look like it is coming out of the river,” says Hunt. “We want the spirit of a pioneer heritage to be emphasized. We want this project to be in existence for perpetuity. This will become a destination.” The dedicatory ceremony of the new pioneer monument will be held July 20.

Summer theater workshop to perform “Into the Woods Jr.”