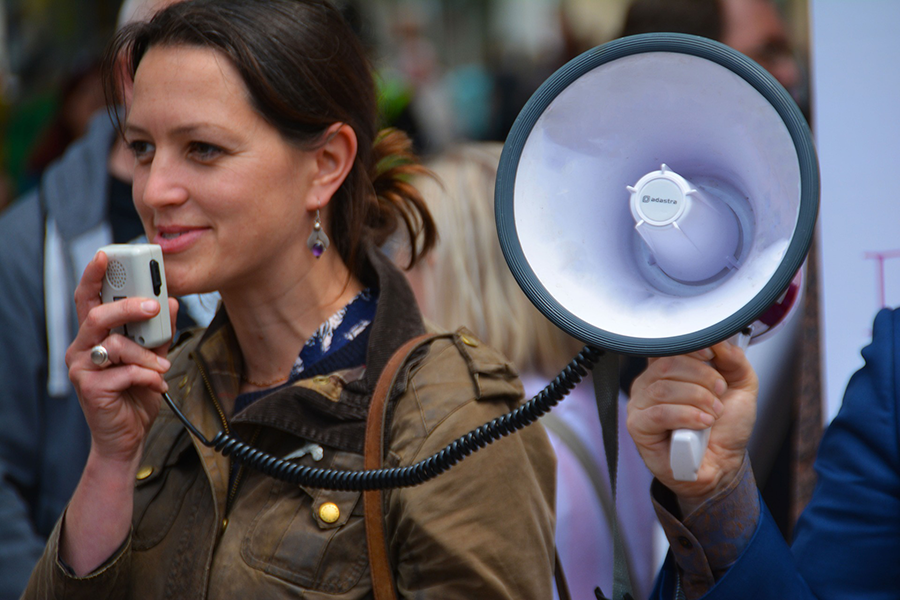 The abortion debate has heated up across the country, and three Lehi residents are helping lead the pro-life advocacy movement in Utah. Like many who have recently become active in the debate about abortion policy, they say they are motivated by a desire to protect women and babies from what they call the harmful effects of abortion.

Aaron Bullen said that while he was always supportive of pro-life ideas, he only became actively involved after the 2018 primary election. Disappointed with the outcome of the primaries, Bullen wanted to find a better way to make a difference, so he got involved with Pro-Life Utah (PLU). He now serves as the organization’s Director of Community Action.

“My first thought was, I want to protect women from abortion,” said Bullen, an engineer, and father of young children. He described being deeply affected by the experiences of two women he got to know while serving a mission for the Church of Jesus Christ of Latter-day Saints in Mongolia. One woman had been pressured by her boyfriend to have an abortion, and the other by her family.

“Seeing how traumatic that was for them and how unfair that was for them, it was just terrible all around. The amount of crying…it hit me really hard emotionally that there was this grief and pain that stuck with them,” Bullen said.

He decided to join the efforts of PLU, which uses its resources to help pregnant women in need. He said it’s rewarding to see the lives that are touched when they are able to help a woman through her pregnancy and for many months afterward.

He hopes more people learn about the help and support PLU and other similar organizations, such as the Pregnancy Resource Center of Salt Lake City provide for women in need. PLU provides a hotline pregnant women in need can call (1-385-288-1973) and participates in “sidewalk advocacy,” in which people talk to women entering abortion centers to offer support and alternatives.

“There’s enough support and love to go around,” said Bullen.

Another Lehi resident, Merrilee Boyack, an attorney, speaker, and author, led the formation of Abortion-Free Utah (AFU) earlier this year. The group’s stated goals are to “end abortions of convenience in Utah” and “put Planned Parenthood of Utah out of business.”

While many of the pro-life organizations in Utah are mainly focused on supporting pregnant women, AFU is focused on promoting pro-life legislation and policy.

Boyack has been involved in political advocacy for families and children for 35 years. She currently serves as Executive Director of Family Watch International, which “fights abortion” internationally. Boyack felt strongly motivated to address the issue close to home.

One day, Boyack said she was driving down the road when she had a thought: “What would you do if you were truly courageous?” The answer that came to her mind was, “I’d take down Planned Parenthood of Utah and save babies.” She said the thought kept going through her mind, day after day, and as news stories came out about the passage of permissive abortion statutes in several other states, she got motivated to “get to work” in Utah.

She reached out to the pro-life groups throughout Utah who gathered in her home in northeast Lehi to organize Abortion-Free Utah. The motto on the organization’s baby blue yard signs was born at that meeting: “We will not stand by while unborn babies are killed by abortion.”

Over 200 people turned out to the press conference organized by Boyack, and her colleagues at the state capitol in June, where the official launch of the organization was announced. AFU’s “sanctity of life” petition has garnered about 2600 signatures since its launch two months ago.

The organization is working to help cities and counties pass resolutions stating support for protecting life. AFU was involved in a resolution passed by Utah County just one week after the group’s launch and in Highland last month. Highland’s resolution made national news.

AFU is also creating resource guides for every county so women know where they can go for help. “This is all about loving these babies and their mothers,” said Boyack.

Bullen is also involved with AFU, in addition to his work with PLU. He oversees what he calls “the tactics team,” which focuses on gathering petition signatures and finding others who support the group’s goals. Between both groups, he spends around 15 hours per week to pro-life advocacy. “My wife calls it my second job,” he said with a laugh.

Another Lehi resident, Katherine Bright, started volunteering with Pro-Life Utah three years ago. She is now active in the organization as their Advocacy Journalist. Her efforts are largely spent on researching the abortion industry and reporting on, as she put it, “the things they don’t say in their talking points.”

Pro-life activists often focus on Planned Parenthood because it is the largest provider of abortions in the United States. Activists, including Bright, say it is a big corporate business that targets young women. “They are so good at marketing,” she said.

Bright helped spearhead an investigation into the implementation of Utah’s informed consent law, prompting the Utah legislature to pass a bill requiring stricter standards of information for the class women are required to take before they get an abortion. She has heard stories of women who decided not to go through with an abortion after learning the information provided in the class, which is a point of success for pro-life advocates.

All three Lehi advocates hope their efforts lead to a drastic decrease in elective abortion in Utah. Bullen hopes that more and more women become aware of the resources available to them so they don’t feel driven to abortion. Boyack and Bright both state that they want to see Planned Parenthood of Utah, which performs 2000 of the 3000 elective abortions performed in Utah every year, go out of business.

AFU is already making progress on legislation, with Senator Dan McCay committed to running a bill in the 2020 session to end elective abortion. Boyack said other bills are in the works.