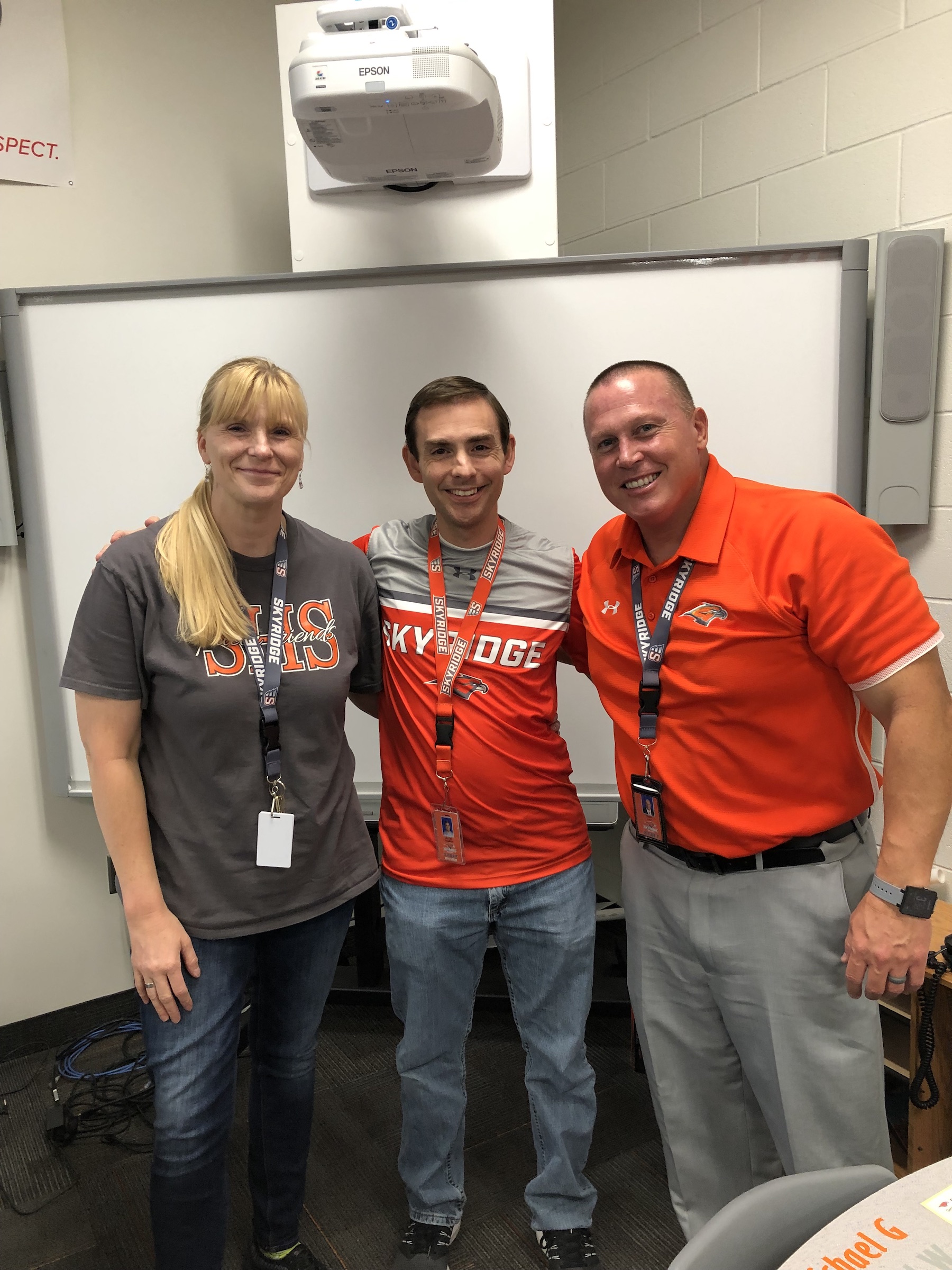 Recently, sports powerhouse ESPN, working in conjunction with Special Olympics Unified Champion Schools National Recognition Program, named Skyridge High School as an Honor Roll school for the 2019 school year. Skyridge is one of 34 schools across the nation to receive the honor.

The aim of Unified Champion Schools is to incorporate Special Olympics sports, leadership and related activities that empower youth to be the agents of change in their communities. The focus of the events is for the whole school to be involved in the activities of Special Olympic students. All students, teachers, administrators working together are encouraged to create supportive classrooms, schoolwide activities, and opportunities for growth and success for all.

In an interview with Skyridge administrator, Chad Wiet, and Skyridge teachers Jake Figueria, and Jess Gifford, the excitement, love, and commitment for the students was evident as they described the process involved in earning the award. Wiet, a former adaptive PE teacher, explained, “A Special Olympics representative from the state encouraged us to apply. We were already doing many of the ten standards needed to win the award.”

Figueria said, “We pair up our students with peer tutors who act as mentors and guides. We participate in two sports, soccer and track. Last year the state unified soccer tournament was held at Skyridge and our students were in the finals. The last game ended in a tie with Brighton High School. Both teams celebrated each other. They had become friends for life.”

“There are work horses who have made the program successful. Angie Roberts, PE teacher at Skyridge, Michelle Holbrook, who started the idea that students could be successful in any area of endeavor including athletics, and our principal, Dr. Joel Perkins, who has been a huge driving force to make this all happen,” concluded Wiet.

On September 5, members of the Unified Team made a presentation to the State Board of Education. Neicell Hyde a Unified athlete, and Braden Buck, a Unified partner, spoke to the board and introduced a video about the achievements of the program. The video, made by Zach Durrant, is posted on the Skyridge High School website.

Dr. Perkins commented on the video, “This program revolves around the culture we want to create at our school. We want every student to feel connected.”

Figueria added, “There is so much good that can be gained from learning to see everyone for who they are.”