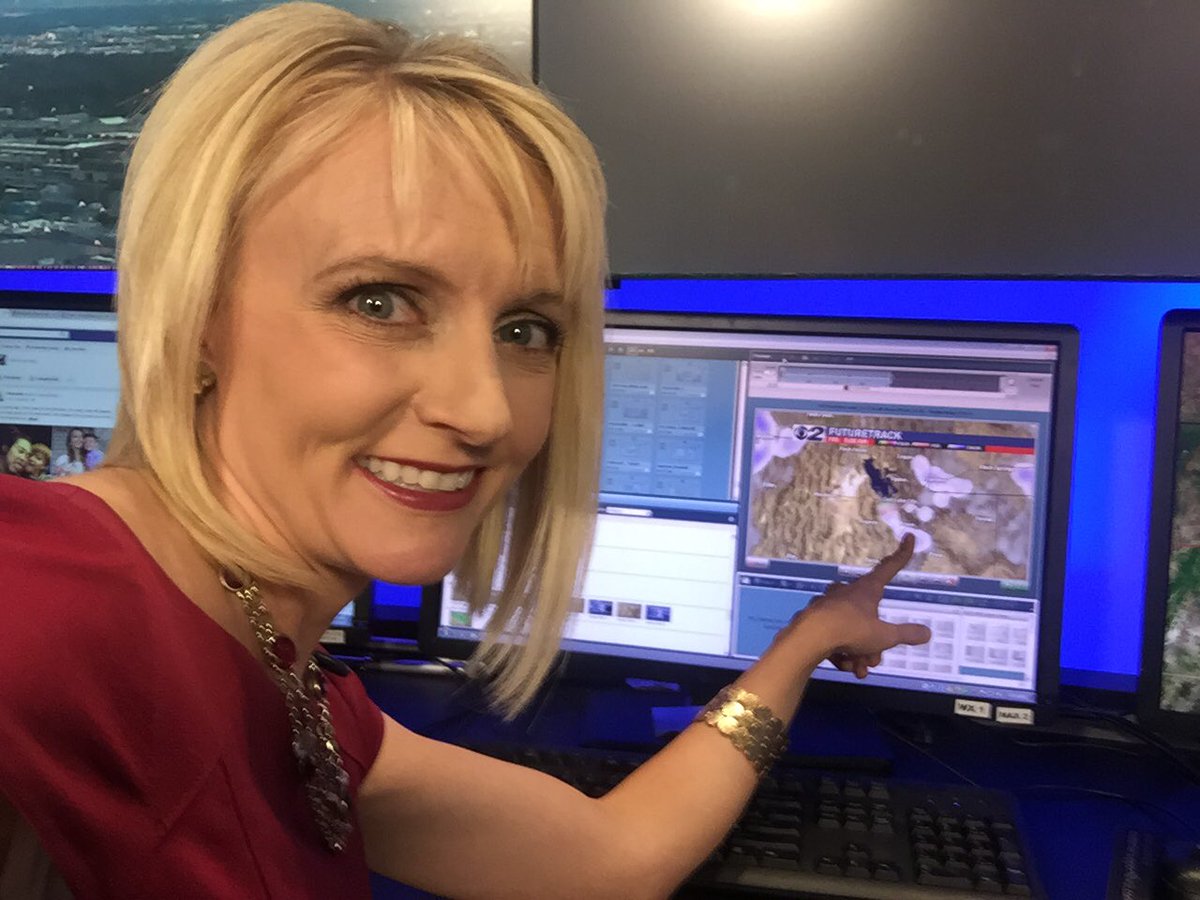 When Lindsay Storrs, a resident of Lehi’s Traverse Mountain, was nine years old she was fascinated by tornadoes. She searched the school and local libraries for any information she could find about this natural phenomenon. Extreme weather events were very interesting to her. She admits to being “kind of a nerd about science.”

She grew up in Orem, graduated from Orem High School and went on to BYU. She wanted to major in meteorology, but BYU did not offer a degree in that area. She was advised to pursue a degree in broadcast journalism. After graduation, Storrs started her career as a meteorologist in a small media outlet in Louisiana after completing graduate work in Washington, D.C. She was 21 at the time, and likely the youngest meteorologist in the nation.

Storrs recounted one of her most memorable events in the broadcasting business. She was forecasting the weather during Hurricane Lily and said, “I was 8½ months pregnant and had to report the hurricane event for 34 straight hours. I was totally exhausted.”

That wasn’t the only interesting experience she had while pregnant in Louisiana. She was live on-camera reporting the weather and started feeling sharp contractions. She had to have the camera focus on the weather map for a few seconds because the pain was too intense, and her voice started to change. “Being a new prospective mother, I wasn’t sure what to expect. The contractions started coming every three minutes. I finished the newscast and went directly to the hospital. My oldest son, Connor, was born three hours later.”

Storrs and her husband, Mike, decided to move back to Utah. When Channel 2 heard she was returning to Utah, they offered her a job. She had interned with KUTV while completing her degree. She worked part-time at the station for 15 years. Now that her four children are all in school, she works full-time.

When asked about the challenges of her job, she admitted she is probably sleep deprived. She gets up at 1:30 a.m. to be at work in time for the morning news. She has streamlined her wardrobe planning by having about 70-80 outfits. “I pick one outfit on the left and when finished wearing it, I have it cleaned and then place it on the right. We don’t wear the same thing for about a month and a half. I like to wear classic, not trendy, clothes.” She said when she started her broadcasting career, she only had about 10 outfits. “I do my own make-up and hair. I have a great hairdresser who cuts and styles my very fine and straight hair.”

She said balancing a job and family is hard. “I am lucky because my kids are asleep or at school while I am working and I’m home when they come home from school.”

Storrs and her husband have four children, Connor, Aiden, Cohen, and Vivienne. She loves her children’s schools and their teachers. When asked about advice to her children as they decide on a career, she said, “Follow your passion. I want you to do what you love. Be excited about the work you do.”  Storrs is a living example of this advice. She exudes a love and excitement for her work that is undeniable.