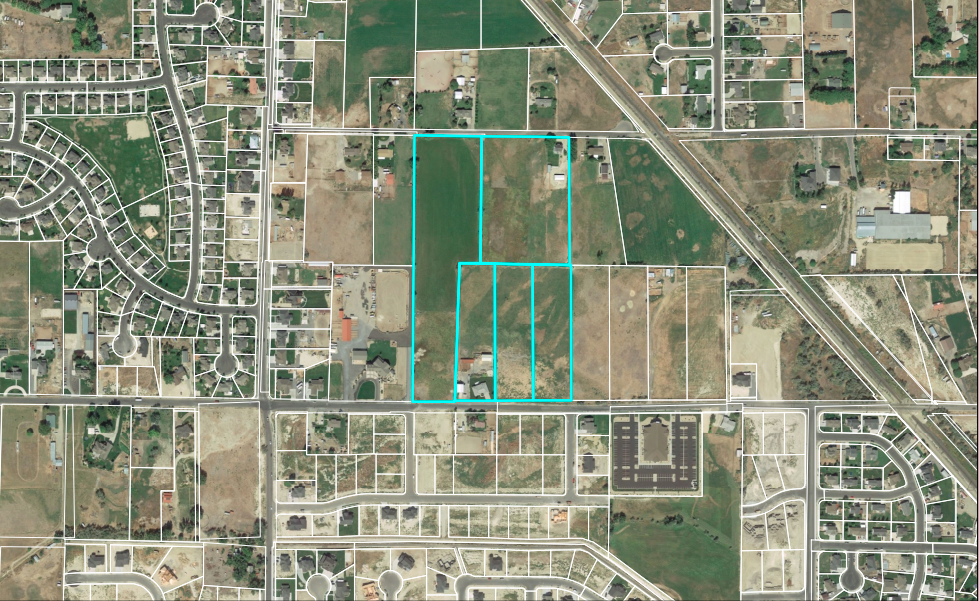 On Tuesday, July 28, during their remote meeting, the City Council contemplated a General Plan amendment for a proposed 23.9-acre subdivision located at approximately 1402 W 900 N in Lehi.

The applicants on the subdivision asked for a General Plan amendment to change the zoning on their land parcel from very low-density residential agriculture to very low-density residential. The change would allow the developers to build .33 acre lots rather than the .50 minimum lot size in its current zoning. The change would result in an increase of seven lots on the parcel.

“We want to be included in the zone change that everyone else around us is getting,” said one of the landowners and applicants, Danny Gutierrez.

“We don’t feel like we are being unreasonable,” continued Gutierrez.

The proposed 15,500 square foot lot proposal was given a negative recommendation by the Planning Commission a week previous to the Council meeting.

The debate came down to whether there is a significant lifestyle difference between the current half-acre lot size zoning and the proposed third-acre lot size.

“A nice home on a half-acre lot is getting to be close to a million dollars,” said land co-owner and applicant Mike Dubois, who lives near the proposed project.

“We have a half-acre lot subdivision [close by] currently with a few lots left, and we are finding that they are becoming so expensive,” added Dubois.

Councilwoman Katie Koivisto was first to comment on the agenda item and stated initial support for the request.

Councilman Mike Southwick and Councilman Paul Hancock then expressed concern for traffic mitigation for nearby neighbors, some of whom had reached out to comment on potential traffic issues.

The applicants shared traffic mitigation and utility plans, including the widening of 1220 North in front of the proposed subdivision and adding sewer and water upgrades that nearby property owners would utilize.

The issue regarding animal rights was also a topic of discussion as the only zoning that allows farm animals is “very low-density residential agriculture,” which the parcel currently has.

Gutierrez quickly quashed that concern, “we would probably put in CC&R’s and not allow animals,” he said.

Gutierrez also presented an aerial photo of a neighborhood one mile west of the property that encompasses 43 half-acre lots, none of which show any animals on site.

Councilwoman Paige Albrecht also shared her personal experience with animal rights, as she previously lived near the Chaparral Estates neighborhood.

“We were really excited to get a half-acre lot, and I read the CC&R’s to make sure we could have animals. I was excited about it. We got three goats. Nobody else had animals in the entire neighborhood. I moved in thinking it was going to be this great rural farmland feel, and it turned out we were the only ones that did [have animals],” said Albrecht.

“There is very little land left in Lehi that has this spacious rural feel. I have heard from people who have looked for these larger lots. Like we said in the earlier item, everyone wants different things and it isn’t for us to tell them what they want,” added Albrecht.

After the discussion, Southwick motioned to approve the General Plan amendment. Hancock seconded the motion.

The motion passed 3-1 with Koivisto dissenting. Koivisto presented no explanation for her dissent, despite her previous indication of support for the item.