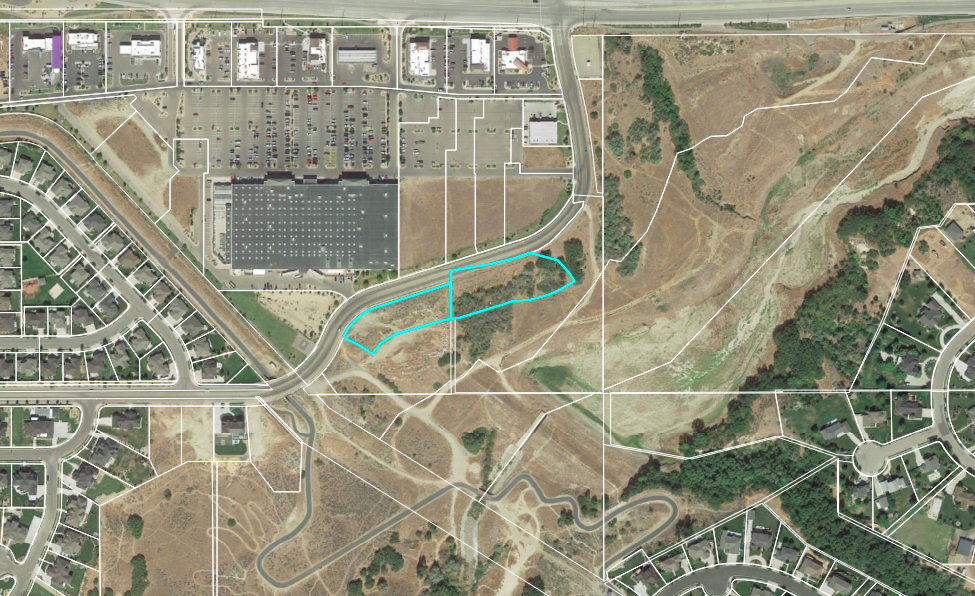 With Councilman Chris Condie absent, the City Council met for another remote meeting on Tuesday, July 28. The agenda was full of new real estate development items to be considered in the ever-growing Lehi. The meeting started with a debate on a zone change near the new Dry Creek Reservoir.

Representatives from Meadowbrook Land LLC, which owns the 2.25-acre property located between Smith’s Marketplace and the nearly complete Dry Creek Reservoir, requested a zone change from commercial to residential.

The property has been in the development process for over two years. The land was part of a land swap between the developer and Lehi City after the City needed the developer’s original land parcel for the Dry Creek Reservoir project.

“This is a bit of a unique area where you are right on the edge of the basin and across the street is commercial,” said Kim Struthers, Director of Community Development for Lehi City.

“For years [the property owner] has looked at ways to develop it commercially with office, and they just couldn’t really get anything that worked there,” continued Struthers.

Councilwoman Paige Albrecht also commented on the unique terrain and challenges of the proposed 24-unit townhome community. “There is a slope there, and they can configure townhomes where they can put the garage underneath, but for a commercial project, that wouldn’t work as well,” said Albrecht.

Councilwoman Katie Koivisto asked staff for background on how the property swap came about. Lorin Powell, City Engineer and instrumental leader in the Dry Creek project, said the City needed the developer’s original property for a main road entrance into the reservoir.

“It was the road more so than anything else. That was a big deal for all of us. Both communities and both councils [including Highland] needed that road for fire protection and emergency support. That was a big issue in doing this to ensure the park functioned properly,” said Powell.

“They’ve scratched our back, and we need to scratch theirs,” said Koivisto.

“I wouldn’t necessarily say that. We went to them. They didn’t come to us. They didn’t have anything in mind. We approached them,” responded Powell.

Koivisto redirected her concerns on potential traffic impact and lack of public transit to the site.

Councilman Mike Southwick responded, “there are only 24 units altogether. That’s not very big.”

Albrecht and Councilman Paul Hancock also noted that the proposed community would offer a different kind of real estate product to the area.

“When we heard this agenda item last time, a resident spoke about how he wants one of these units,” said Hancock

Koivisto reiterated her disapproval, “I don’t feel comfortable and I don’t like it. It’s just this oddball in the middle of nowhere.”

After the debate, Johnson said, “I think we came out ahead on this. The developer gave up a pretty large parcel of land that allowed us to move forward with Dry Creek. In a nutshell, we are going to have less traffic and a really nice recreational facility.”

Southwick motioned to approve the zone change. Albrecht seconded the motion. It passed 3-1, with Koivisto dissenting.