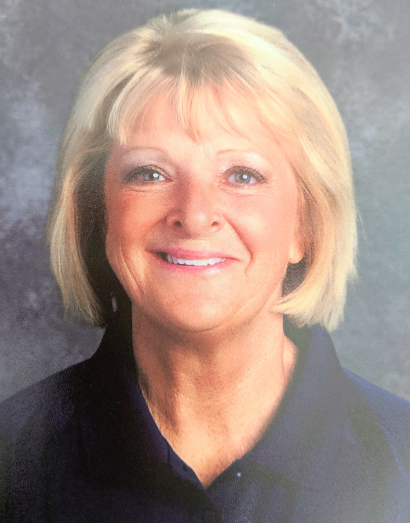 Lehi Heritage Day 2020 Honoree, Lily Southwick, became the first female Sergeant serving in the history of Lehi City Police Department earlier this month. It is not surprising this historical moment was saved for her.

Lily Southwick is the daughter of Earl and Carol Dimitt Southwick. Lily is a Lehi native who is devoted to being an advocate for the underdog and a voice for those who cannot stand up for themselves. Lily is the third of five siblings. She attended Sego Lily Elementary, Lehi Junior High and Lehi High School, where she was active in band, track and tennis. She graduated in 1980.

Although Lily wanted to become a police officer since she was a child, it was in 1990 that she began to make that happen by pursuing a career in public service. One day, while putting her horse away, a little boy ran up to her and said, “Help! My sister has been hit by a car!”

“I basically felt helpless and didn’t know what to do,” said Lily. That was the push she needed, and she joined the Lehi Ambulance Association in 1990 and became a Utah State Certified Emergency Medical Technician as well as a CPR instructor for Lehi City.

In 1993, she was awarded the Emergency Medical Technician of the year for the state of Utah. She also served as a dispatcher/secretary for the Lehi Police Department. Lily left this position to accept the Security Manager position at Micron.

When the Lehi Ambulance Association merged with the Lehi Fire Department, she became a certified firefighter and served as a Lehi City Fire Captain before leaving to pursue a career in law enforcement.

Lily started working for the Lehi Police Department in 2007, as a Patrol Officer and Field Training Officer. She has served as a Youth Court Advisor. For over a decade, she has taught many of the local sixth-grade students the Nurturing Opportunities Values and Accountability Program, or N.O.V.A. Lily loves the N.O.V.A program because it promotes good choices and accountability.

In 2016, Lily moved within the Lehi Police Department to the Detective and Investigations unit. There she received forensic, interview and gang training. In 2017, she was promoted to Corporal.

Lily and other Officers were awarded the Life Saver Award by the Lehi Police Department in 2019. As first responders, they saved the life of a member of this community. She feels deep gratitude for the experience that brought about the award. Years before, while working as an EMT, she responded to a medical call from the same family, but that call did not have the same outcome. Lily is pleased to have been a part of bringing a much happier ending to this family in 2019.

In her free time, she enjoys being in the outdoors. She loves animals, kayaking, biking, gardening and hiking.

Many people in Lehi can recall incidents when Lily has come through for them when assistance was needed. “I love Lehi,” said Lily. “I’ve watched it grow from a tiny town into a big city, and I enjoy helping those in need or just visiting with people.”

Sergeant Southwick is currently serving and protecting Lehi’s youth as a School Resource Officer within the Lehi Police Department at Willowcreek Middle School and Lehi Junior High. This post includes serving as a liaison between school administration, counselors and parents, to create a safe environment for our youth. She is dedicated to helping the next generation become good citizens so that Lehi continues its legacy.