Alpine School District to launch survey on how to manage growth 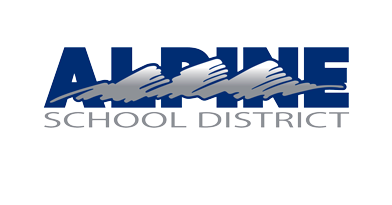 The Alpine School District plans to survey patrons, employees and voters to gauge interest about ways it could potentially manage its growth.

The decision comes a month after the district’s board of education decided to postpone placing a bond on the ballot from 2020 to 2022.

The survey will mimic one sent out by Y2 Analytics this spring, which asked a sampling of local voters how they’d like to see growth managed in the district. The board voiced support for sending the survey to employees and the general public, along with patrons.

“I think we want more than just an ‘appropriate selection,’” Scott Carlson, Alpine School District Board of Education President said during a Sept. 8 discussion on the topic. “When Y2 Analytics does theirs, they focus on having a certain amount of people from each area. I think my hope here is that we are doing more than just gathering information. We want to make sure we have given everyone a chance to provide the information, not just a ‘representative sample.’”

The district hopes to receive more than 2,000 responses to the survey to see if general public opinion aligns with results from a sampling of voters in the spring.

Earlier this year, board members had voiced support for a 2020 bond to be placed on the November ballot. That position reversed after the COVID-19 pandemic hit, with worries that economic conditions could impact a vote. In March, survey results showed that most voters would support a $475 to $500 million bond.

While potential projects were never named, most of those bond funds would likely have gone toward constructing new schools as a way to manage growing student populations.

The district had 81,532 students during the last academic year and is expected to have more than 86,000 enrolled by the 2024-25 school year. Last year, the district had 15 elementary schools with enrollments of more than 900 students. Skyridge High School had almost 3,000 students, making it the district’s largest school.

Data on this year’s enrollment will become available in October.

Voters last approved a bond in 2016, which funded $387 million in projects.

If a 2022 bond passes, the earliest a new school would break ground is in 2023. Bond projects roll out over four years, with elementary schools taking a year to build, middle schools require two years and high schools take three.

In the meantime, the district is eyeing other ways to manage growth.

The spring survey found voters were most likely to support options such as adjusting school boundaries, moving to an extended day schedule and using online learning. The least preferred options were holding double sessions at schools — where two schools use the same building — and moving to year-round school.

Boundary adjustments could include consolidating two schools into the same building. While the board discussed if the word “closure” should be included in language about consolidation, Carlson argued against that word.

“I think ‘consolidation’ is the term,” Carlson said. “We aren’t going to close school and not make it available.”

The district anticipates that opinions about using online learning could have changed since March when the district moved to a fully online model for the remainder of the school year due to COVID-19.

In addition to asking which methods are preferred, the survey will also include an option to provide general comments.

While the board said they wanted to make a link to the survey public, Shane Farnsworth, an assistant superintendent for the Alpine School District, warned that it could lead to unreliable results due to the potential for people to answer the survey multiple times or for specific groups to flood the results with support for one answer. He said the district could provide different links to different populations to differentiate answers from employees, patrons and voters.

The survey will be sent out in mid-September and will remain open for a week. Results will be presented to the school board on Sept. 24, and the district plans to have a proposed plan by the end of November.