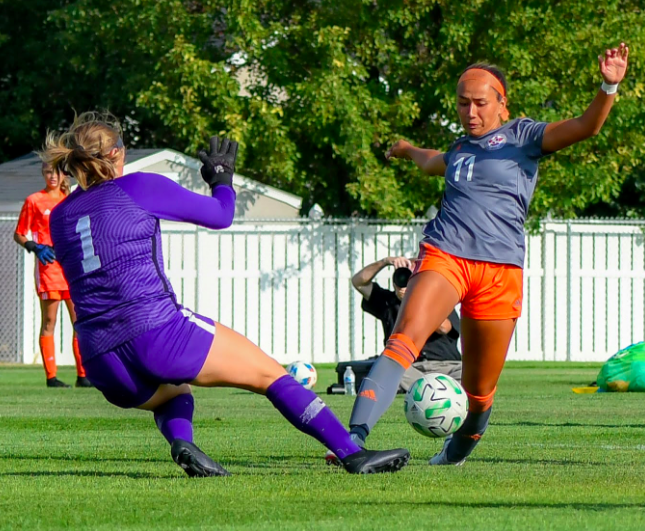 The Skyridge girls soccer team picked up an important Region 4 victory on Sep. 10 as they beat Pleasant Grove 2-0 at home in their only match of the week.

The teams battled through a scoreless first period until senior Ahyin Nawahine finally found the net in stoppage time just before the break.

She also provided the only goal of the second period as well, which came in the 67th minute. The Vikings kept the pressure on, but junior keeper Haley Ellis was able to maintain her shutout.

“It was a must-win situation for us being in this region,” said Coach Jerry Preisendorf. It also continued the momentum that he felt his team was building up after two competitive losses the previous week.

“We need to start putting up some W’s,” he said. “Our junior goalkeeper Haley Ellis did a great job in the game to hold on for a shutout.”

The coach said she got some help from junior defender Kylie Phillips, who had an outstanding game in front of her guarding the middle approach to the net.

“Yin’s two goals were definitely a big shot in the arm to this team,” Preisendorf said. “We need to keep getting better each game so that we can get through the second half of the season with some good wins.”