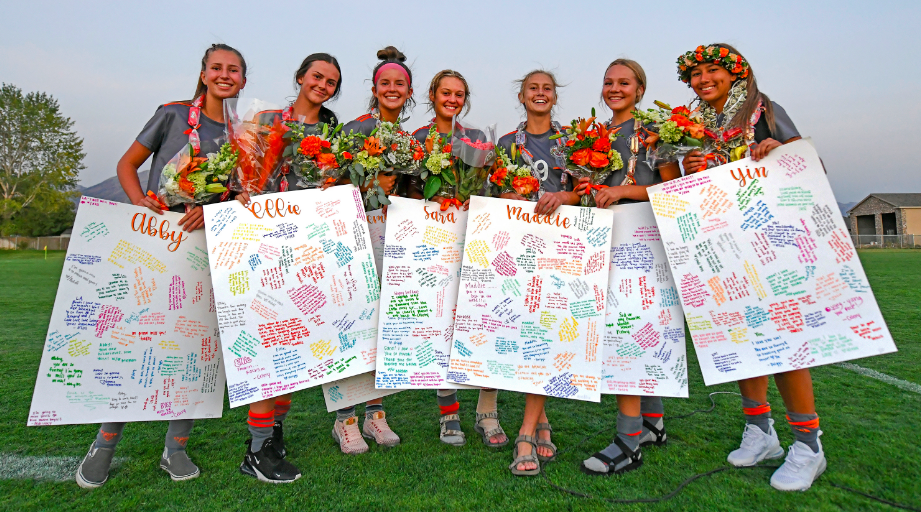 “Against Pleasant Grove, we were able to come out with more energy than the week before,” said Coach Jerry Preisendorf.

“We had a few opportunities to score in this match, but we weren’t able to hit the target,” he continued. “In the last few minutes, we gave one away to come up short.”

The coach was pleased with the team’s effort on Senior Night against the Thunderbirds. “We had some great looks at the goal from the beginning, and finally scored in the last minutes of the first half when Oliva Barlow was fed by Megan Hanson,” he said.

Then in the second period, freshman Amanda Caswell found the net to push Skyridge ahead 2-0. “Westlake came out with hard pressure after that and got one back, but we held on,” Preisendorf said.

Senior defender Sara Wirth sprained her ankle late in the first half and sat out the rest of this game. “We hope to have her back on Thursday for the playoffs,” the coach said.