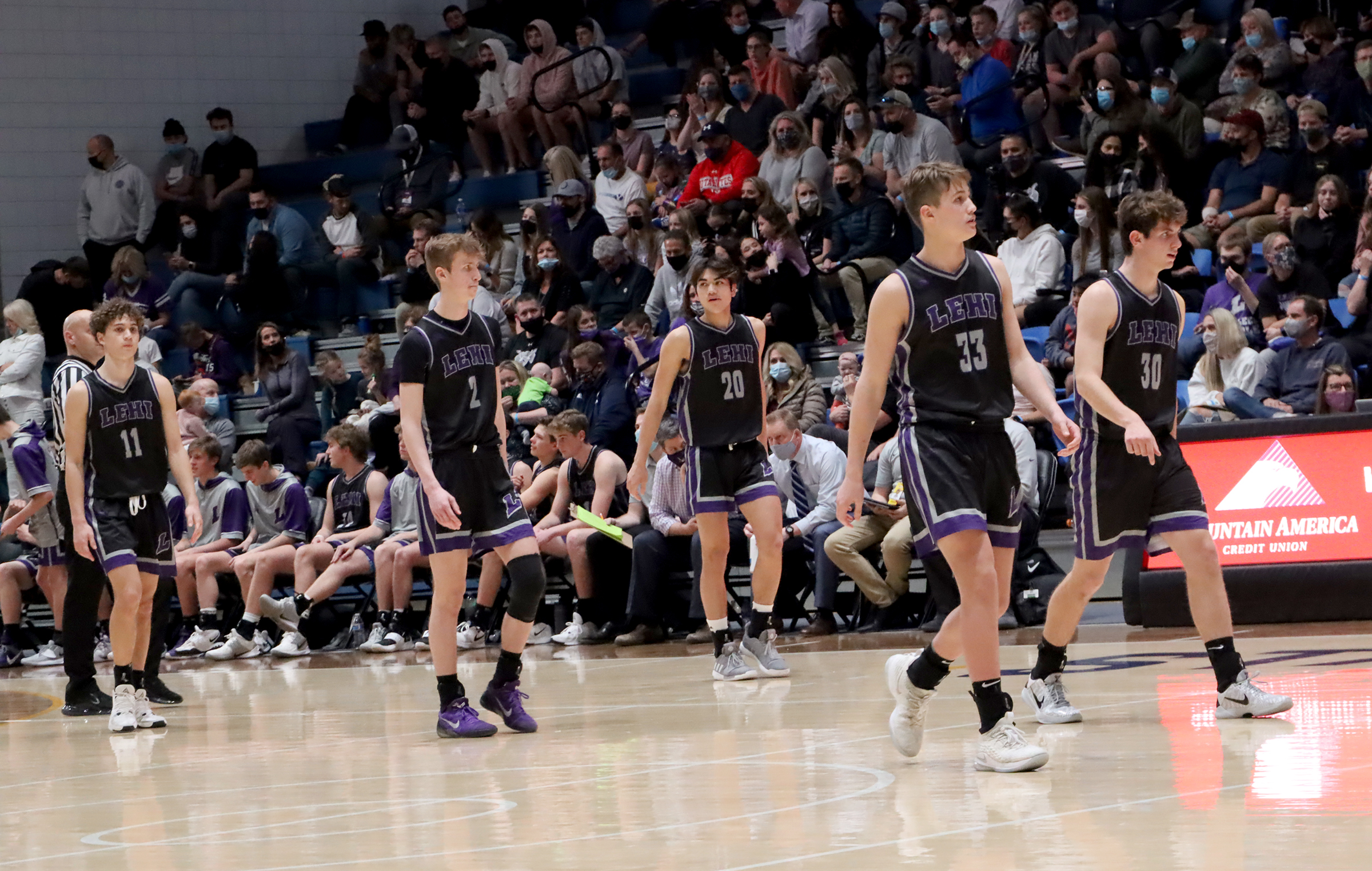 The Lehi boys basketball starting five take the court after the halftime break during the semifinal against Olympus on March 5. They are (from left) Noa Gonsalves, Tyson Hawkins, Peter Amakasu, Grayson Brousseau and Blake Hill. (Photo: Beky Beaton)

The Lehi boys and girls basketball teams played in the semifinals of the 5A state tournament on Friday with mixed results. The girls had their fantastic season ended by Springville and the boys beat Olympus to advance to Saturday’s championship game.

The No. 2 Lehi girls found themselves in the semifinals against the same opponent they were matched with last year, No. 3 Springville. Unfortunately, the result was also the same as the Red Devils once again eliminated the Pioneers from the tournament in the second-to-last round.

The Region 7 three-time champions finished another superlative season with a 20-4 record, with two of those losses coming at the hands of Springville.

The No. 3 Pioneer boys never trailed to No. 2 Olympus in a game that was still up for grabs until the final minutes. The Titans made run after run to close the gap and got as close as three points, but Lehi’s players were able to answer the bell every time and closed out the victory at the free-throw line.

Check back later for the full stories from each contest.