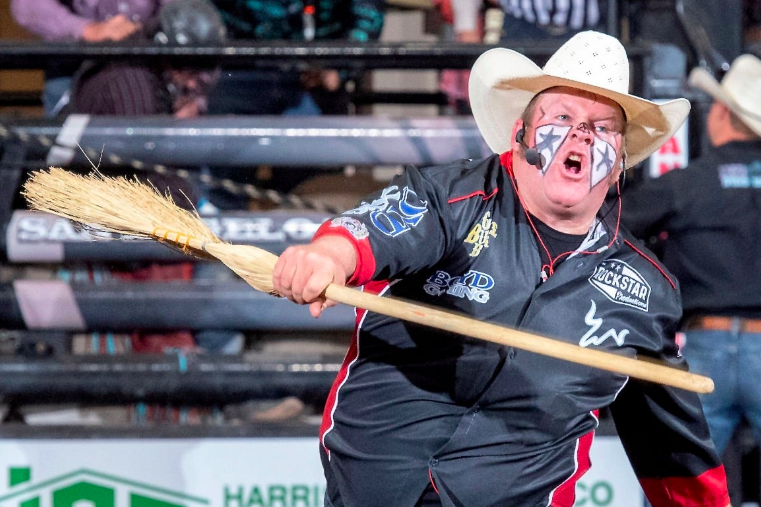 Besides the Utah Jazz Playoffs, the Lehi Round-Up Rodeo is the hottest ticket in town. This year’s event promises to have plenty of new surprises like John Payne, “the one-armed bandit,” and award-winning rodeo clown Justin Rumford.

John S. Payne, a.k.a. “the one-armed bandit,” was born to a rancher in the oil-rich town of Shidler, Oklahoma. When Payne was 20 years old, he was helping his father tear down a house and thought the electricity had been turned off. He was wrong. Payne was electrocuted severely as he tried to release his hand from the “live” wires and fell 25 feet to the ground.

After lying “dead” on the ground for nearly five minutes, Payne came to with his buddy pounding on his chest and giving him mouth-to-mouth resuscitation. Payne suffered life-altering wounds to his leg, arm and chest.

“I felt like my blood was boiling and that my brain was going to explode,” said Payne.

Despite the massive electrocution, Payne survived five weeks in the Tulsa, Oklahoma burn center. His right arm, however, had to be cut off below his shoulder. Nevertheless, he recovered and has spent much of his life since then perfecting an exciting rodeo act with his team.

John and his wife, Judy, are now responsible for a specialty act sought after throughout the U.S. and Canada. He and his team have won the prestigious title of PRCA “Specialty Act of the Year” an unprecedented 12 times.

Despite his injuries, his grit and determination are inspirational. “Anything can be accomplished through sheer nerve, determination and the drive to excel,” says Payne.

“He’s a crowd-pleaser, for sure,” said John Lewis of Payne and his act. Lewis, the Rodeo’s Director of Marketing, said tickets are still available for each night of the rodeo, but they are selling fast.

Justin Rumford is new to this year’s rodeo and will perform rodeo clown duties. “No one can take the place of Lecile Harris, but I think people will love Justin Rumford,” said Lewis. “He’s funny and an incredible performer. The rodeo will be a blast. We can’t wait to fill every seat in the bleachers,”

Tickets are available at www.lehirodeo.com.

Have you got what it takes to be the next Lehi Idol?