Alpine School District board to get pay raise 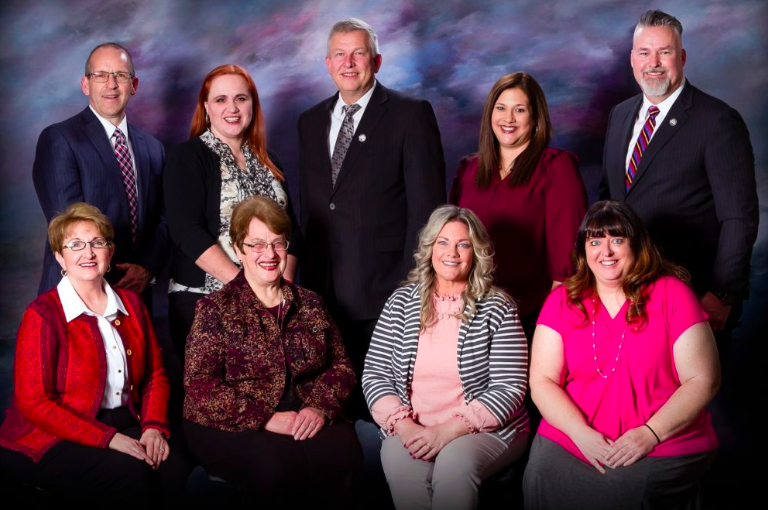 Current and future members of the Alpine School District Board of Education will see an increase in pay moving forward, opening the door to what board members hope will be a more diverse pool of candidates running for political office.

“I think for me, it is a step towards where we want to be, and not necessarily the be-all, end-all solution, and it is hard when you have to find childcare, and you have to be places,” said Stacy Bateman, a new member of the board representing Lehi. “And so, I just would like us to be mindful of the fact that it doesn’t replace things but does get us closer to where we can be.”

The seven-member board unanimously voted July 13 to raise its compensation, stating that serving in the elected position is sometimes a full-time job. The board felt existing wages may deter those with lower incomes or who need childcare while fulfilling board duties.

According to the executive summary of a white paper presented to the board before the meeting, the board’s pay has not changed in more than a decade. The issue has been studied a handful of times in the last several years, but previous boards voted not to move the issue forward.

Previously, the board’s base salary was $500 a month. Board members would receive additional compensation depending on how many meetings they attended and how long meetings lasted.

Members were given $120 for meetings that lasted less than four hours and $180 if the meeting lasted longer. The board’s pay was capped at $8,160 a year.

The new plan increases their pay to $12,000 a year and eliminates the additional per-meeting compensation. Eligibility for official business mileage, the communications stipend and group insurance will stay the same.

Funding for the change will come entirely from the board’s existing budget, reallocating funds from other areas such as contracted services, mileage, supplies and election communication expenses to cover the $30,000 in additional costs. The change will take effect starting in the 2021-22 fiscal year.

“The board is repurposing funds they already have within their budget to make this happen,” Rob Smith, the district’s business administrator, reassured the board.

The issue was last studied in 2017 when it was recommended that the board president and vice president receive raises. The plan was never voted on.

“As the district has continued to grow since the last study five years ago, the frequency of engagement and venues to engage with our public have increased; an additional study is warranted,” the background summary reads. “Modifying compensation may also invite other community members to participate and seek election, where finances may be a barrier to file.”

This year’s study notes that ASD’s board’s engagement has “increased significantly” over the last decade due to social media, legislative involvement, meetings with city officials, and school visits.

The board discussed the issue in June when members expressed support for a change.

“We would really like to provide an opportunity for possibly someone who would not be able to take the time to be on the board,” Mark Clement, the board’s president, said in the July 13 meeting. “We would not want that compensation to be a barrier to anyone participating as a board member.”

Sarah Beeson, a board member, said that it’s never comfortable to discuss pay publicly but that the district has committed to being transparent. She said the board is making decisions for both the present and the future.

Ada Wilson, another member of the board, said she was initially hesitant to support the plan.

“Serving on the school board is a privilege, and it is a wonderful experience, and none of us here is doing it for the compensation,” she said.

Wilson said that being a board member is very time-intensive and that she has never intended — or plans to — see it as a full-time job in the area she represents. But the price of running a political campaign, she said, is why she considered the raise.

“It is a considerable expense for anyone from any socioeconomic background to run for office in this day and age, so that is why I am supportive of this move,” she said.

Families have to sacrifice if a member is on the board, especially if they have young children, according to Amber Bonner, a member of the board. By making the position appealing to people with lower incomes, she said, the pool of people running for office will expand, which will make the board stronger by adding different voices.

Clement ended the board’s discussion on the topic by sharing that he’d been contacted by former board members who told him extra pay for meetings was created from the past when the governing body didn’t have as many responsibilities.

“And now, I think all of us are very active, and it is kind of outdated to keep track of every meeting that you go to, so I think some of this is just updating to be more in line with what is going on with board behaviors,” he said.