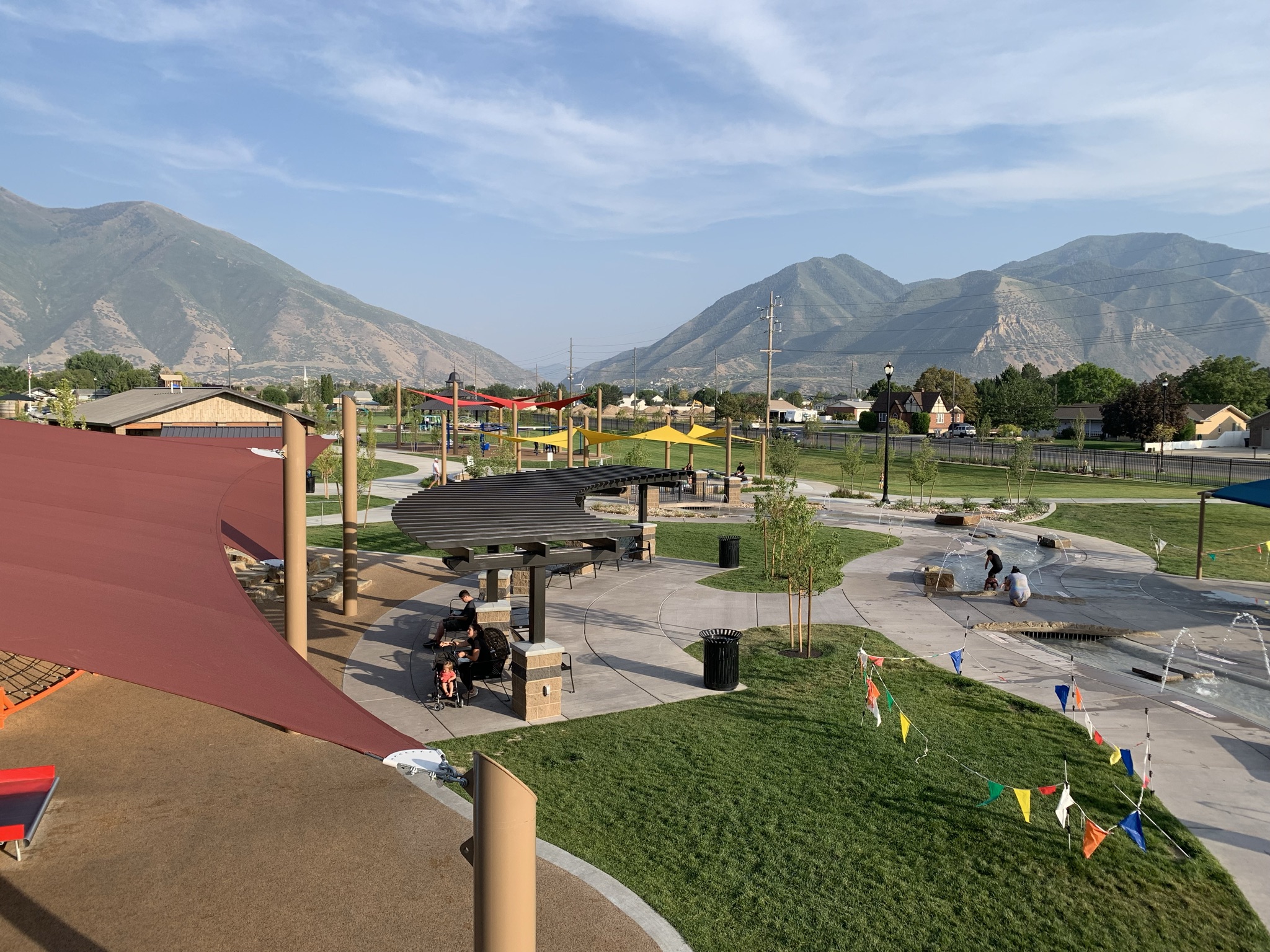 Spanish Fork Parks and Recreation completed the nearly 11-acre park in September 2020, with a total build-out price tag of $11 million, plus $2 million in land costs. Spanish Fork funded the park with money from the general fund, a RAP tax and a $3 million donation from a family in the community.

Adventure Heights park serves all members of the community, but especially those with disabilities that exclude them from enjoying traditional parks. The park’s unique features are apparent at the single entrance, a purposeful element to keep guests safe, particularly those prone to running or wandering away.

–   A sensory garden to create a quieter space to touch, smell, see and hear. A refuge from the excitement and energy of traditional parks.

–   Zipline with seat belts and harnesses.

–   A metal slide to eliminate static electricity that can negatively affect cochlear implants.

–   A Liberty Swing, a wheelchair-only swing where guests can get the whole swinging experience while in their wheelchair.

–   A waterfall mountain and splash pad. The waterfall includes an ADA ramp.

Due to the nature of the park, it is seasonal and open from March 1 to November 30. Adventure Heights is open every day from 9 a.m. to sundown.

The Lehi City Council has expressed the desire to create an all-abilities playground at the current Family (Peck) Park site when funding becomes available.