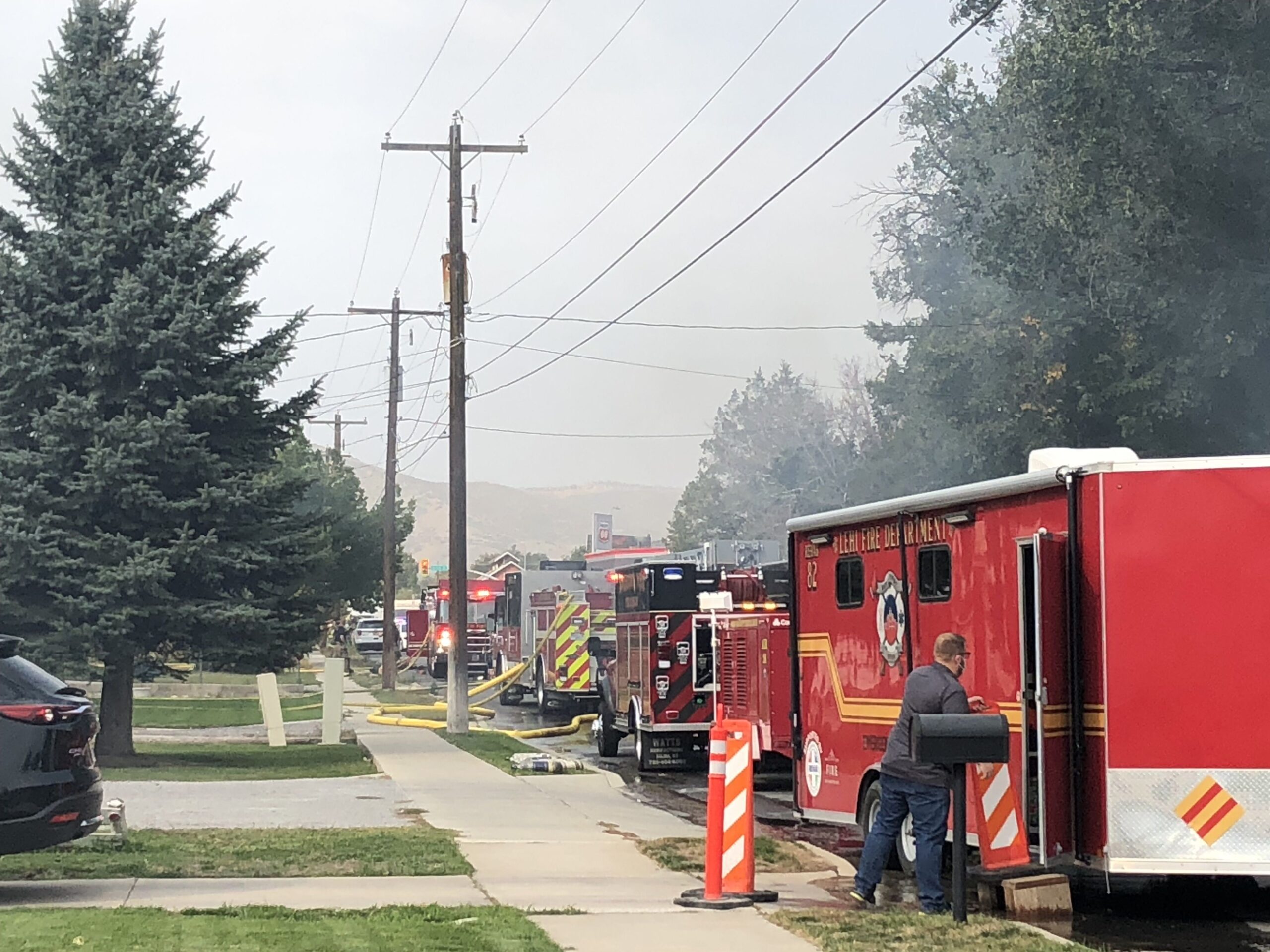 On Tuesday, September 28, at 2:40 p.m., emergency vehicles from Lone Peak, American Fork, Saratoga Springs and the Lehi Fire Department responded to a shed fire at 687 North 100 East in Lehi.

“The firefighters did an amazing job, we had almost 50 firefighters over there. Not only did they save that house, but the house to the south. We had 30-foot flames when we got there,”said Lehi Fire Chief Jeremy Craft.

With wind gusts up to 50 mph, the Lehi Fire Department requested help from nearby fire agencies to keep the blaze from spreading to the home located in front of the shed and other homes in the area.

Tuesday evening, Craft said a homeless man was responsible for the blaze in the structure.

“The residents invited a homeless guy to live with them. He has been living there on and off. He has some mental health issues. He was lighting something on fire between the shed and the back of the house. Someone passing by saw it and got out of his car and asked the man what he was doing. He panicked because of his mental health issues and the fire took off. The winds at the time were unbelievable,” said Craft.

As of 6:30 p.m. Tuesday, the fire was still being extinguished, but was under control.

“The shed had a huge fire load in it–it’s just packed. In fact, we have a backhoe there now to get to the bottom of it and get the fire out,” continued Craft.

“We were able to find the homeless guy. He is ok. He told us everything that had happened. We were actually very concerned for while that he was inside…they had cadaver dogs out there,”reported Craft.

To conclude his update to the City Council, Chief Craft praised the work of the Lehi Fire Department and neighboring departments who assisted.

“The amount of other city help that we had is one of the reasonsI love working here. We had three medical calls happen during this and other cities backed us up to help on those calls. It works so perfectly here. It’s really awesome.”