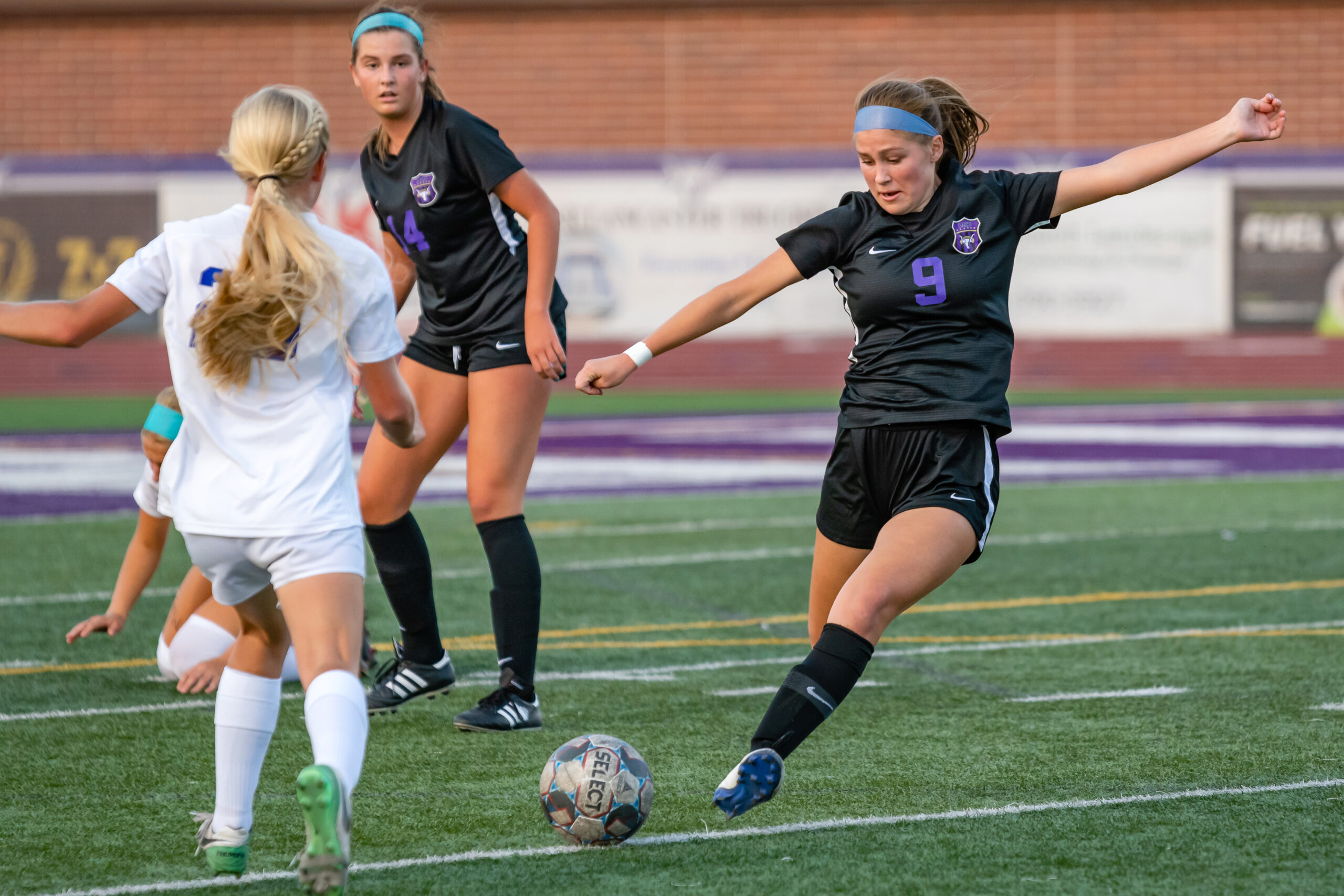 The Lehi High School girls soccer team has continued to dominate most opponents as they enter the final two weeks of the regular season.

The Timberwolves scored twice in the first half and then held off the Pioneers for the rest of the contest. This match is Lehi’s only loss this season as of Sept. 20.

Pioneer freshman defender Kanani Haunga managed to find the net with about nine minutes left in the match to lift the Pioneers past the Thunderbirds in a lively contest on the road. Junior goalkeeper Hayley Ogden earned her fifth shutout of the yearand junior forward Stephanie Roper provided the assist.

Roper scored once in each half to provide the Pioneers with all the offense they needed to ground the Hawks. Senior midfielder Ally Dahl and junior forward Sarah Ballard provided the assists and Ogden had another sterling outing between the pipes.

The teams were deadlocked at the half 1-1 but the Pioneers managed to squeeze one goal in during the second half and then defended well enough to secure the win. Roper and Ally Dahl found the target one time apiece and Ballard notched an assist.

The Pioneers netted five goals in the first half and three more after the break to overwhelm the Beetdiggers as nine players contributed offensive points and Ogden tallied her seventh shutout in 11 opportunities.

Roper led the effort with two goals and an assist. Ballard, Ally Dahl and senior defender Savannah Jones each provided one goal and one assist.

“We are sitting at 10-1 on the season. Things have been going well,” said Lehi Coach Tim Graham. “We have scored 41 goals and only allowed five.”

He continued, “Junior Stephanie Roper has been huge for us. The senior leadership of Ally Dahl, Savannah Jones, Calista Wren, Reagan Adair and Adysen Miller is a major reason for our success this season.”