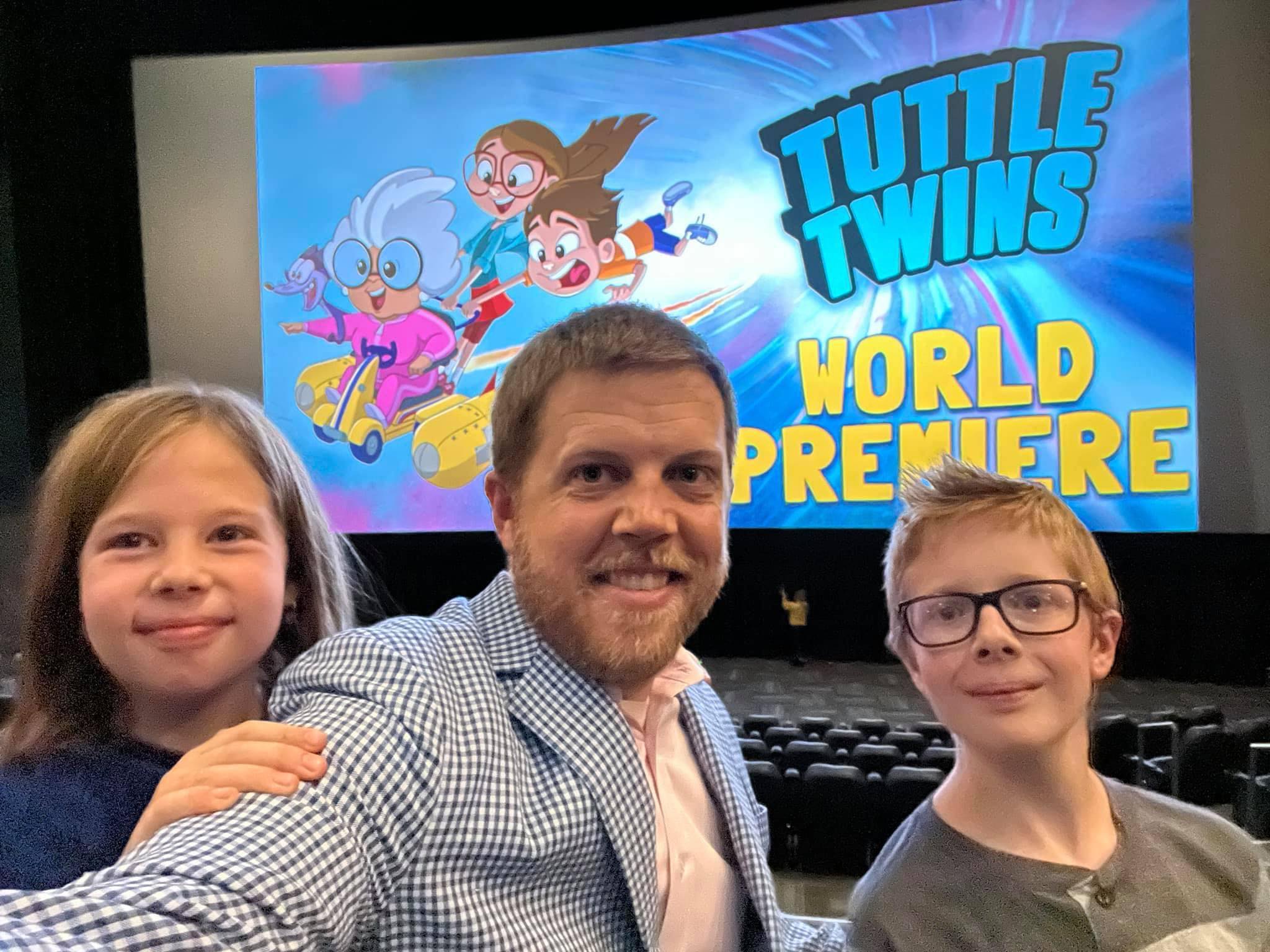 Boyack, and Stanfield began their collaboration in 2014. Boyack’s views resonated with Stanfield. “I was a fan of his books, a fan of his blog. I had an idea and was interested in drawing [the Tuttle Twins series]; the rest is history,” said Stanfield.

The Tuttle Twins has now developed into a cartoon series with the help of Angel Studios’ Harmon Brothers. Angel Studios is also involved in the ground-breaking television series “The Chosen,” the highest-grossing and most popular crowd-funded series in history.

“We couldn’t do it ourselves; it was too big of a project, so we started discussions with the Harmon Brothers,” said Boyack. Angel Studios’ founders, “all of which are Lehi residents,” said Boyack, are working on the project with Harmon Brothers marketing agency based in Provo.

“Their [Harmons’] children all voice the books. They are extremely talented at their craft. We felt we could entrust them with this project,” said Boyack regarding Angel Studios.

Both Boyack and Stanfield are hoping to provide children with information not currently found in children’s literature and television shows. Boyack explained the origin of the book series. “ I wanted to find books to teach children the ideas of a free society,” said Boyack. “Elijah and I teamed up on a book. The response was explosive. To us, that was a clear signal that there was a demand for this type of content.”

Their goal to reach millions of children has become a reality. “We have sold over three million books and translated them into fifteen languages. For a few years, Elijah and I have wanted to do a cartoon,” said Boyack. “Together, we’re on a mission to reach ten million kids in the next decade with this cartoon.”

The Tuttle Twins cartoon will be available soon on Facebook and YouTube. More information is available on tuttletwinstv.com and tuttletwins.com. Boyack’s books are also sold on Amazon.