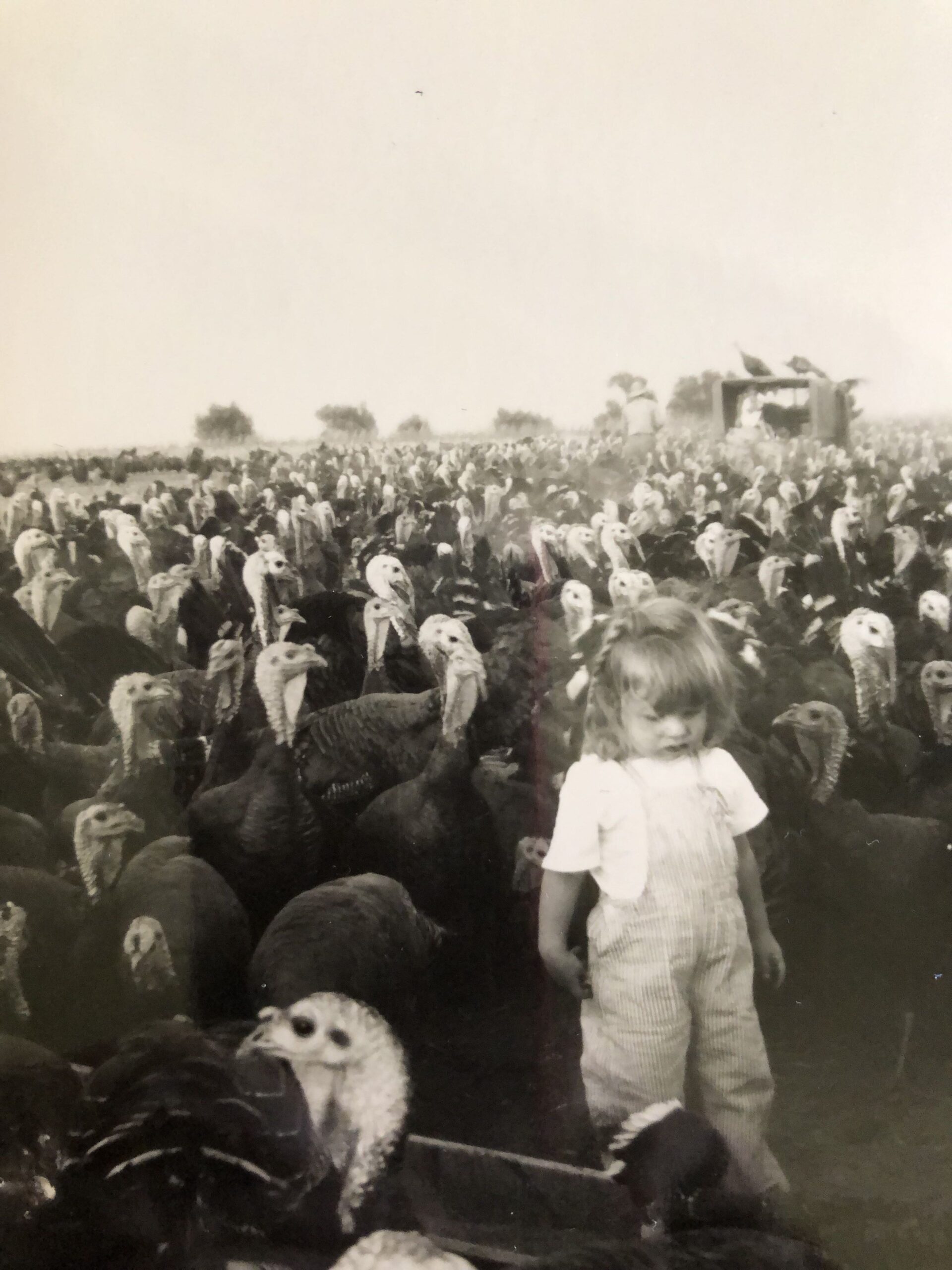 When I read that the weather had caused the loss of hundreds of turkeys in Sanpete County, it reminded me of when we were growing turkeys on the bench north of Lehi (currently the location of Skyridge High School).

The weather had been beautiful, one of those Indian summer days that you read and romance about.

Most of the men in town had hit the mountain trails hoping to bring home a buck. Our menfolk had remained home to get the turkey herd ready for loading and hauling to the turkey processing plant in time for the Thanksgiving market.

The slowly gathering clouds on that October day didn’t foretell the ferocity of the storm to come.

Don (Betty’s husband) was sleeping in the trailer on the farm. It was hard enough to keep thieves out of the turkey flocks without worrying about the weather. Another worry that plagued a turkey farmer was whether he could keep the turkeys healthy for just one more week. The big birds were fully grown and heavy enough to bring top price. We’d received a good offer and were just waiting our turn at the dressing plant.

I awoke to a howling blizzard. I couldn’t believe it. When I had tucked the children in for the night, the weather had been beautiful, just a bit cloudy.

I heard the back door opening and got up to see Don struggling to slam the door against the wind and snow outside. He looked like a replica of the abominable snowman. Frost was crusted on his eyebrows, in his hair, and he stomped his feet trying to get some feeling back into his frozen toes.

“We’ve got big trouble, honey,” he said. “I’m going to bed. There’s nothing I can do in that,” He motioned for me look outside.

He arose at daybreak and headed for the farm. Unable to sleep, I got up and prepared a hot breakfast for him. He was back home in about an hour with the sickening news. “You should see the mess up there,” he said in a bewildered voice. “Turkeys are frozen in drifts. They are frozen in the shelters and in the fences. The wind picked them up and threw them against the fences where they’re hanging, frozen. I kicked at a few drifts and turkeys fell out, “ and he couldn’t help but laugh, “A few of them staggered out, alive and gobbling.”

He instructed me to call friends and relatives to come and getturkeys. “If they pick and clean them before they thaw, they’ve got themselves a Thanksgiving bird.”

As most of the men were away, the women of the neighborhood and family rallied around and between us we scalded, picked, and cleaned over 40 frozen turkeys for our Thanksgiving dinners.

Many more went to waste because we didn’t have the facilities to save any more of the big birds. Some of them were 25 /30-pound turkeys, worth a lot of money, and not insured.

Nobody suffers from a blow leveled by Mother Nature like the farmers. There was absolutely nothing those farmers in Sanpete could do to waylay that burst of cold and snowy weather that beset us last week and nobody could have prepared better than Don did for almost any contingency, but Mother Nature always wins and farmers take the brunt of her fury.

I remember another time when we lost several hundred ready-for-market turkeys in an electrical storm. The lightning struck down the turkeys like matchsticks. How could we have prevented that unforeseen attack? It also felled the herder, Bill, But his life was spared.

When I heard people complain about the weather I always think about the farmers. How would anyone like to be in their boots? How would you cope? Yet, they take the good with the bad, seldom complaining.

Thousands of bales of hay are still lying in the fields because the fields were too wet to let vehicles on the ground to haul the hay away.

Fruit farmers suffered because their crops were frozen last spring and the weather has been so rainy and cold that prospects of a good apple harvest are remote.

Once a farmer, always a farmer though. It’s a way of life. They are willing to take the gamble that the weather will be kinder next year. They are tough. They are pawns in Mother Nature’s hands.

The farmer is our hope and our security for the future. He can’t afford to give in to the foibles of fickle weather and the meanness of the worlds’ marketplaces.

The sun is shining again. The harvest moon is beaming in velvet skies, there is food on the table and our farmers are planning their crops for next year——I hope.

Editor’s note: This was written when Lehi was a small agricultural community of about 6000