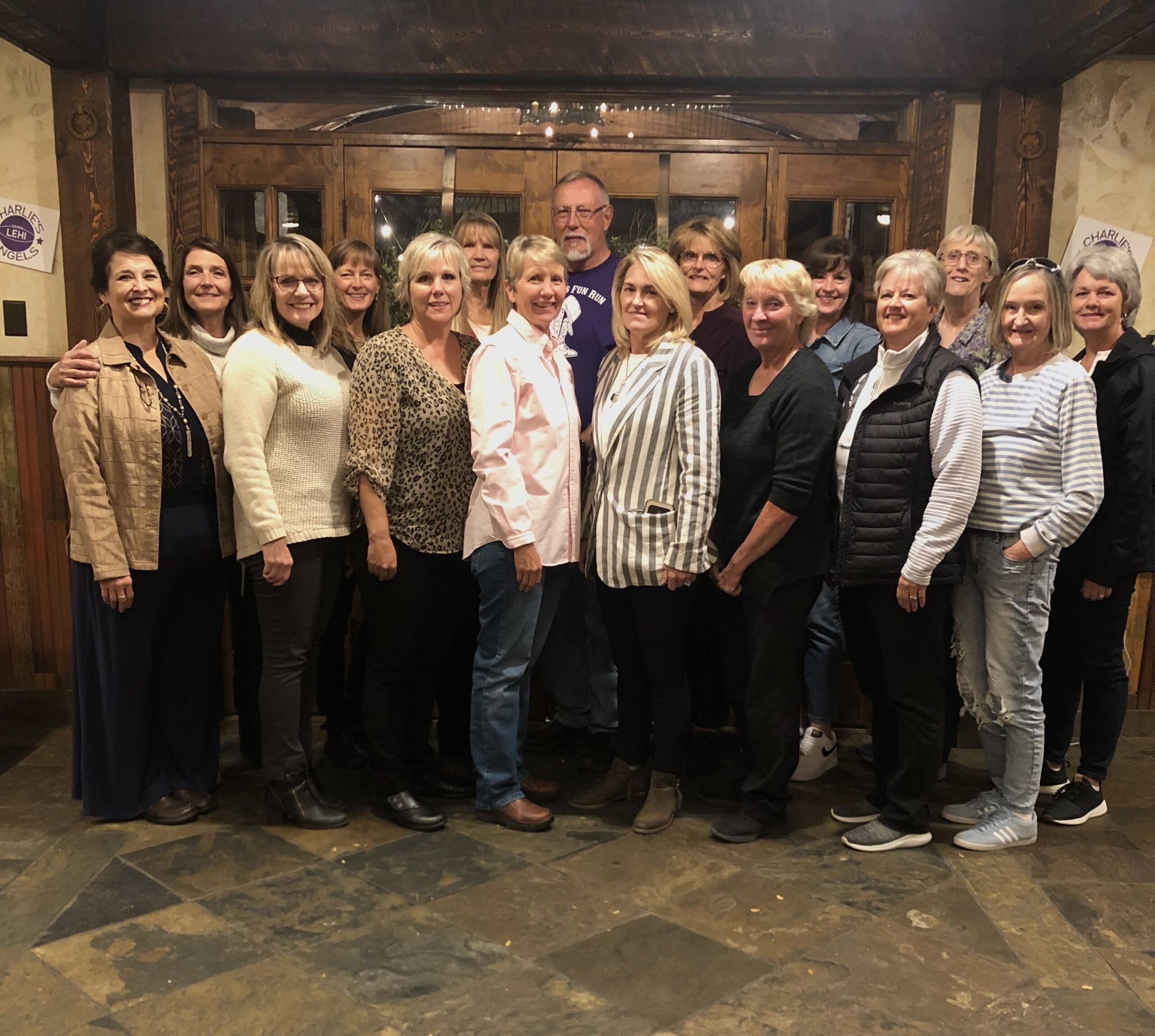 On Monday, October 18, “Charlie’s Angels” gathered at Wadley Farms in Lindon to reunite the State Champion Lehi High School girls basketball teams from 1978-1980. Charles Kator, who coached for two of those years, attended the event and Coach Debbie Naylor, who coached the girls in 1980.

The beginning of these state championship teams goes back to a tall girl who arrived in Lehi in 1976. She grew up in Indiana; her name: Becky Ingle. She was a gifted athlete with a jump shot rivaling any boy at the school. For years, Ingle had been playing ball and she arrived at Lehi wearing a letter jacket already covered in metals.

Ingle grew up idolizing Bobby Knight and other Hoosiers in Indiana, where basketball is king. In 1976, the girls’ basketball coach, Dolores Larson, unselfishly suggested that Kator coach the girls. Kator was already coaching the freshman boys at Lehi.

Seeing the caliber of talent in many Lehi players, and always up for a challenge, Kator agreed to coach the girls. A male coach of a girls team was unusual in 1976. Kator supervised the team and practices like a veteran. The women who attended last week’s event reminisced about the grueling workouts that Kator ran, especially the “suicides,” or ladders, running up and down the gym repeatedly.

Kator mentioned that he learned a lot from Lehi boys coach Russell Felt and brought many of the plays and methods Felt taught to the girls team.

“We were always more fit than other teams,” said Kator. “We ran them off the court in the fourth quarter. We had set plays and strategies I learned from Coach Felt.”

Ingle was the only player who was on the team all four years of high school. She later went on to become a girls basketball coach at Lehi High School.

“I enjoyed every minute,” said Kator of the gathering. The women shared stories about how exciting it was to be a part of a championship team. “It was a special time and helped me love being part of a team with really ambitious goals and standards,” said Lori Ingram Vliet.