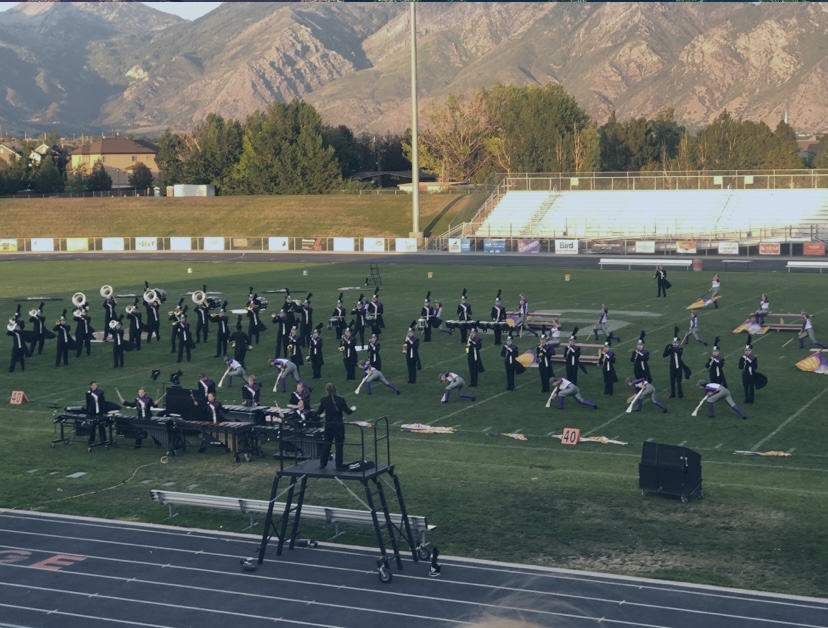 After a winning season, the Lehi High school Marching Band competed at the Red Rocks Marching Band Invitational at Dixie State University on Nov. 5, entering as first seed in their division.

The next day, the band competed in the National Bands of America Western Regionals. For the first time ever in school history, LHS advanced to finals after finishing in the top ten in preliminaries. They competed again that evening where their show “Play Ball!” received a standing ovation as a crowd favorite. They finished their season by placing 8th overall; this was a huge accomplishment because they competed against much larger bands from across the country.

The Lehi band is grateful for all who supported them throughout the season and especially directors Brian Parker, Celeste Reynolds, Stephen Tullis and Raysel Hansen.