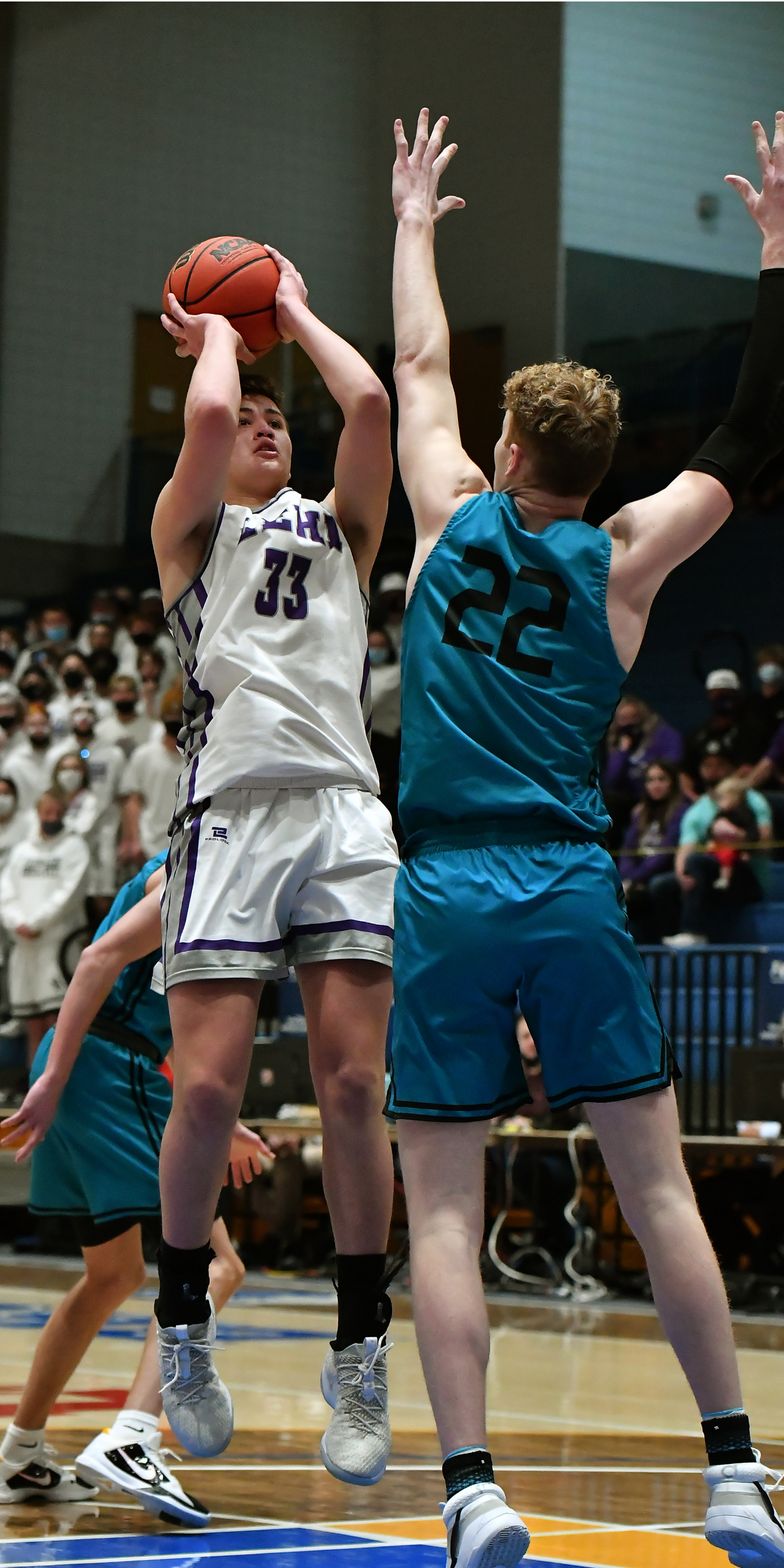 The Lehi boys basketball team gets the season underway on Tuesday (Nov. 23), when the Pioneers will host Westlake at 7 p.m. and begin the defense of their 5A state championship.

Lehi will be very young this year. The Pioneers return just one senior and one varsity starter from last season’s squad, and because of Lehi’s late run in the football tournament, there are several players who won’t even be available to practice until the day before the first game.

However, Coach Quincy Lewis isn’t complaining. “We have a young group that I’m excited about that will pick up experience as they go,” he said. “This should a fun team to watch and coach.”

His group will be tested early. “I think we may have the most challenging schedule of anyone in the state here in the preseason,” Lewis said.

“We start off with the two teams that played for the 6A state championship last spring, both of them with returning players,” he continued. The Pioneers will play at Davis on Dec. 1.

Lehi will host the Holiday Hoopfest on Dec. 10-11, which will include teams from Florida, Texas and Nevada. “We’ll bebringing in some of the top teams in the nation and we’ll play two of those,” he said. Quality 6A teams American Fork, Corner Canyon, Farmington and Westlake will also participate.

In addition, the Pioneers will host East Hill Christian from Florida on Dec. 20. The rest of the preseason schedule is against 5A non-region Utah teams. The region schedule runs from Jan. 4 to Feb. 18.

The most recent realignment moved Lehi to Region 8. Mountain Ridge was moved up to 6A, and Jordan replaces that school in the region after dropping down from 6A. The rest of the group was carried over from the previous Region 7: Alta, Mountain View, Orem, Timpanogos and Timpview.

The one returning starter from the title team is 6-foot-6 sophomore Grayson Brousseau. “He did what we asked him to do last year but he’s capable of doing much more,” Lewis said. “That will manifest itself during the season this year.”

Juniors Braxton Hawkins (6-2) and Preston Varner (6-5) “both had key roles off the bench last year,” he continued. “We will be looking to lean on their experience.” Junior Nixon Ruffner (6-9), a transfer from Lone Peak who sat out most of the season last year, “provides size and a good feel for the game.”

Sophomore Cooper Lewis (5-11) “had a strong offseason and is expected to make an impact,” the coach said. Senior Cole Richardson (6-4), junior Spencer Anderson (6-1) and sophomore Bryson Bromley (5-10) “are expected to make contributions to varsity this year.”

Lehi resident Jake Larsen joins the staff as the assistant coach for the sophomore team with Hunter Stanford moving up to the head sophomore coach position.

As for the regular season, “Again we’re in the toughest region in our class,” Coach Lewis said. “That’s great since it prepares usfor the state tournament. Our focus is on getting better from week to week and preparing ourselves for the end of February.”

After playing through a season with minimal spectators, Lewis said “We’re looking forward to having the community back in our gym this year.”