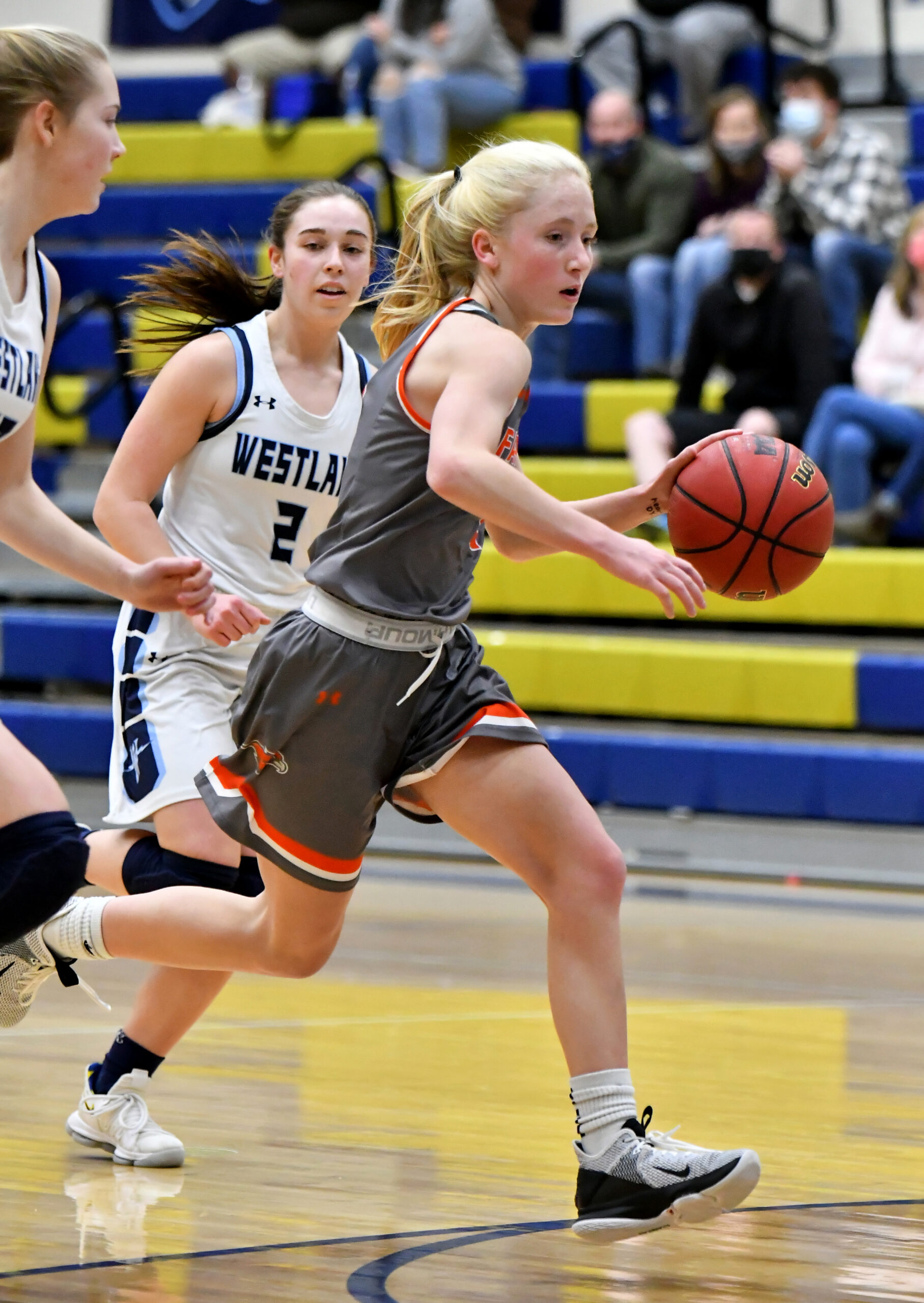 The Skyridge girls basketball team hopes to build on last season’s success in the coming year. The Falcons reached the quarterfinals last spring and are looking to advance farther in the playoffs this time around.

“We’re aiming squarely at competing for a state title,” said Coach Shaylee Nielsen. She said her roster is deeper than it has been and although she hasn’t added a lot of size, she still has plenty of the quick, aggressive guards who defined the team’s style of play last year.

“We always try to play the top teams in 6A to get us started,” she said. “We always trade off with Fremont, Herriman and Bingham to get a feel for where we’re at in the preseason.” Skyridge will first entertain Copper Hills in the season opener on Tuesday (Nov. 23) at 7 p.m.

From Dec. 17-21, the Falcons will play at the Tarkanian Classic in Las Vegas. “It’s our first time to go there and we’ll have a chance to test ourselves against some really good competition,” Nielsen said. “We’ll see some teams we don’t normally see right before the start of the regular season.”

Region 4 did not change in the latest realignment, so all the programs Skyridge will face during the regular season are familiar ones. Region play goes from Jan. 14 to Feb. 18.

The squad will have just two seniors, but they figure to have a major impact. Teagan Gray (5-foot-6) is a returning varsity player who was one of the triple-threat guard line last year.

“Teagan does everything, although not necessarily what shows up in the stats,” the coach said. “She’s an amazing leader who always plays her heart out. She’s a great on-ball defender and you’ll see more of her offensively this year.”

The other senior is KJ Gotberg, who is listed as a guard despite her 6-3 height. “She’s the only size we have,” Nielsen said. “She’s worked hard in the offseason to develop some post moves to compliment her ball-handling skills.”

“She was one of our big contributors last year,” the coach said. “This year we’ve asked her to anchor our defense. That puts abig weight on her shoulders, but she loves the challenge and we’ll see how she steps up this year.”

Another name to know is junior post Donya Perkins (6-0). “She didn’t get much varsity time last year, but she can play inside and outside and will help us at both ends with her athleticism and how hard she plays,” Nielsen said. “I’m excited to see how she develops.”

The coach also mentioned freshman guard Bella Sika (5-8). “She’s really talented and will do a lot for us offensively this year,” the coach said.

The team’s style of play won’t change much. “We’re really deep this year, especially defensively,” Nielsen said. “We’ll play at a fast pace and press a ton to hopefully cause a lot of turnovers. We’ll keep our guards rotating in to keep fresh legs on the floor. We’ll look super similar to what we have been.”

As for the playoff outlook, she said, “Our region is going to be really tough. Lone Peak and Westlake are top teams in the region and the state and Corner Canyon has a new coach, but we expect to be in the mix. It’s going to be really competitive, and I expect the same thing at the state level.”